A perfect Polish energy mix does (not) exist 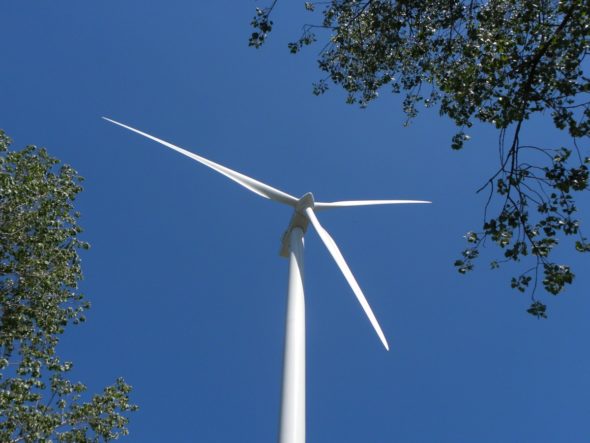 An energy mix is defined as a power generation production structure in a given country. In the era of energy transition and climate policy, we should move away from high-carbon fuels as soon as possible and focus on low- and zero-emission sources. When considering options for generation capacity, Poland should choose what is best for her – writes Aleksander Tretyn, editor at BiznesAlert.pl.

When discussing the Polish energy mix, it is necessary to think about what should be courageously pursued and developed, and what should be left behind.

The first element that Poland should give up as soon as possible is undoubtedly coal. It is the most emission-generating source of energy, which also translates into electricity production costs. It is true that coal-based energy itself has been among the cheapest, but if we add to it the additional costs, such as CO2 emissions allowances, which have recently reached new records, this price becomes much less attractive.

Moving away from coal as soon as possible is very simple in theory, but in practice it is a much more difficult process. Poland bases its energy sector mainly on fossil fuels – coal and gas. They provide a certain stability to the power system. To date, we have no other sources that can replace coal. Considering the phase-out of coal-fired power plants, in the coming years there will be a deficit of controllable generation capacity.

There are two ways of solving the problem of stable energy sources in the 2030s and 2040s. The first one is dynamic development of nuclear power plants, including small reactors (SMR), and the other is the construction of energy storage facilities and the development of renewable sources.

Looking at the two options mentioned above, it will be much easier to develop renewable energy sources in Poland together with storage facilities. We already have some experience in RES investments and we are able to carry out the process of building these new generation capacities much faster than in the case of nuclear power plants.

Nuclear power plants will be a novelty in Poland, and they still cause some social concerns. Despite the fact that the uncertainty about this technology is much smaller than several years ago, some groups are still afraid of it.

The most rational solution for reducing the carbon-intensity of the Polish energy mix is to develop RES and energy storage as quickly as possible. In the case of investments in renewable energy sources, we already have some experience and very good localization conditions. Unfortunately, the road to the dynamic development of RES was blocked by legal regulations, which in 2016 inhibited the development of wind farms. While in 2021, new laws were passed that will make the prosumer settlement system much less favorable.

It is worth mentioning that in recent years, it has been the prosumers that drove the development of the RES sector. It is also them that are responsible for the majority of PV capacity. At the end of 2021, the capacity of PV installations exceeded that of wind power plants and went over 7 GW. Almost 80 percent of this capacity is made up of installations installed by prosumers. In the near future, we can expect an increase in the capacity of domestic PV plants, but after the 1st of April, everything is likely to change and the production of energy for own use will become much less profitable.

Poland has enough potential to develop RES, especially onshore wind farms. The lay of the land in Poland offers many very good locations with favorable conditions for wind farms. In order to reinvigorate the development of onshore wind power plants and exploit Poland’s onshore potential, the Distance Act, which several years ago stalled the development of wind power, should be amended as soon as possible. Last year a proposal to amend it was submitted to the Sejm, but despite many discussions and work, the process has recently gone silent. According to recent reports, the amendment should enter into force in the first quarter of 2022. Unfortunately, despite the assertions and promises of the ruling party, this date is still unlikely. We are slowly approaching the end of the second month of 2022, but there is still no sign in the Sejm that the work on the Distance Law will start again.

Developing RES should go along with growing storage capabilities. Sources dependent on the weather are able to produce energy only in favorable weather conditions, and energy produced in very good conditions and not stored is used temporarily. Storage will ensure the stability of the grid by holding excess energy at peak times, and releasing it at times of increased demand. Thus, through the simultaneous development of RES and energy storage, it will be possible to gradually move away from controllable sources like coal and gas.

Gas can also find its place in the energy mix, but it will only act as a transitional fuel. Its use in the energy sector will preserve the available generation capacity, while as a fuel, gas is a less emissive substrate than coal.

The problem with generating power from gas is the price volatility, which we have been recently witnessing. The uncertainty associated with the supply of this fuel means that we cannot rely on it, or base domestic power production on it. The role of this raw material in the energy sector is only to replace coal sources temporarily until a nuclear power plant is able to provide us with a stable energy supply.

An ideal energy mix is one in which the atom also participates, and we should not forget about it. Once established, it will form the basis of the Polish power system. However, we will have to wait a bit for its construction, since the first large reactor is not expected to be commissioned until 2033. This date should be considered only as a proposal for a deadline, since the road to the first unit can be extremely long and very winding.

Before the first government nuclear project is built, there is a good chance that small nuclear reactors will start operating in Poland. The first steps towards the construction of SMRs are already being taken by Polish companies, which are signing letters of intent on the construction of small reactors. Companies such as KGHM, PKN Orlen, ZE Pak and Ciech are already working towards this goal. These projects will not replace large nuclear plants in Poland, but will allow to reduce emissions in industry.

What is the perfect Polish mix?

The Polish energy mix should be based primarily on renewable energy sources and the atom. Until the construction of the first large nuclear power plant, Poland should move away from coal as soon as possible and use gas as a transitional fuel. Onshore wind potential needs to grow and regulations must change, so that investments in onshore wind farms can restart. Nor should we forget about offshore wind, which will deliver power at the sea. It is worth noting that the efficiency of offshore wind farms is much higher than that of land-based farms. The potential of the Polish sea has been estimated in Poland’s Energy Policy Until 2040 at about 11 GW by 2050, but it has been already declared that the installed capacity at sea may be much higher than what was assumed in that policy.

Sasin: The American investment in small reactors for KGHM is potentially the biggest of […]
Energy
Poland’s KGHM and America’s NuScale Power are to sign an important agreement. “As part of the cooperation the plan is to design and […]
More