A trillion dollars is sitting under Afghanistan. Who will dig it out? 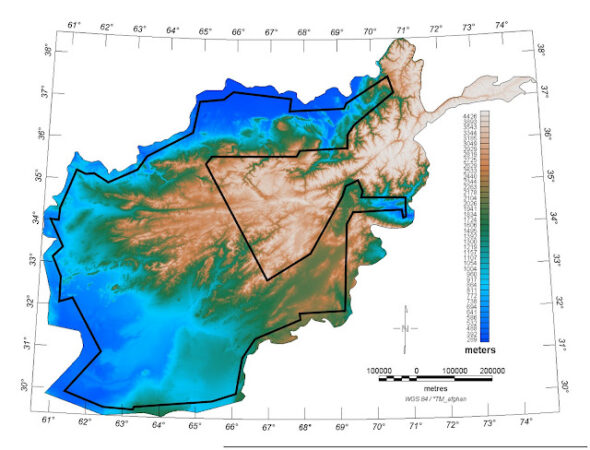 It was the Soviets who first discovered the abundance of raw materials under Afghanistan. The rare earth minerals (REMs, also REEs – elements) necessary for the energy transition have been the source of tales about a trillion dollars that could bankroll the reconstruction of the country. However, the longterm destabilization and power play between empires kept the buried treasure untouched, waiting for someone to dig it out – Wojciech Jakóbik, editor in chief at BiznesAlert.pl.

A trillion dollars under Afghanistan

The Taliban are taking over power in Afghanistan after the United States had decided to withdraw from the country. The Americans are leaving behind an unstable state, and a potential source of strategic minerals for other powers, be it China or Russia, to grab. The British Geological Survey managed its Afghani counterpart. The Afghan agency offers complete information on the riches under the country. The raw materials necessary for the energy transition and state of the art technologies, such as copper and raw earth minerals, are abundant in the Afghani Copper Belt, which is the most thoroughly researched geological area there. The Soviets researched the region during the occupation 1973-1988, and discovered about 240 million tons of copper, out of which almost a fourth could be extracted and processed at an open-pit mine on site. Also in the 20th century, significant deposits of beryl in the amount of 12 thousand tons were discovered in the Darrahe-Pech deposit, while lithium is sitting in the Parun deposit. According to estimates made by Americans, the lithium deposits in the Ghazni province are comparable to the ones located in Bolivia, which is the biggest producer of this raw material, used for power storage, in the world. Afghanistan also has tantalum, mercury, uranium, molybdenum, aluminium and manganese. The United States Geological Survey has estimated the deposits of rare earth minerals in Afghanistan at 1.4 million tons, plus 60 million tons of copper, 2.2 tons of iron ore. The agency estimated the value of Afghanistan’s mineral deposits at a trillion dollars. However, it is no coincidence that the website of the Afghan Geological Survey looks like it was established over a decade ago. The never-ending conflict in Afghanistan makes it impossible to collect more geological information and then use those reserves. Whereas according to the Americans, the Afghan resources could make the country a leader and help to rebuild it after years of war. However, despite the long US presence in the country the deposits were not tapped into, and according to the Special Inspector General for Afghanistan Reconstruction an effective strategy for the country’s mining sector could not be drafted as well. Even though Donald Trump’s administration established the Energy Resource Governance Initiative (ERGI) to mine for minerals in Brazil or Kongo, the plan did not include Afghanistan. It needs to be said that one of the reasons behind this is the fact that local warlords, sometimes in cooperation with the Taliban, extract the minerals on their own. With American support, the government was able to reach only for a fraction of the potential profits from extraction, due to the local political and criminal conspiracies, already known from the poppy crops sold for heroine production. “With a major ally like the U.S., which is in dire need for REEs, and Afghanistan, with lavish resources, turning the security partnership into a major strategic and economic partnership is a huge opportunity. Moreover, in brokering the deal with the Taliban, protection and extraction of this vital sector should be key component of the future course of Afghanistan’s national security strategy and economy,” Ahmad Shah Katawazai, former Diplomat at the Afghan Embassy in Washington D.C. and member of the Academy of Sciences of Afghanistan, wrote in The Diplomat in 2020. The US withdrawal from Afghanistan does not exclude such a deal with the Taliban, unless a different power offers them more, especially from the point of view of human rights.

REEs are necessary to develop state-of-the-art technologies, including those related to energy transition and renewable energy. China is the biggest REEs producer in the world, but it is accused of artificially limiting their supply to raise the prices. The West and China are waging political arguments over this problem, as Beijing periodically puts a tap on access to those minerals. From this point of view, a new supply from Afghanistan may be the way to stabilize the country and normalize relations between China and the West. However, it is equally probable that the communists from China will get involved with Afghanistan, despite the fact that the Afghan Muslims support the Uyghur minority, for whose rights the West and especially the US are standing up, and which is persecuted by Beijing for terrorism. One could imagine a breakneck scenario where America supports the Taliban extracting REEs in Afghanistan in order to undermine China’s ambitions. A different scenario is also possible, where the Central State gets involved heavily in Afghanistan in order to take control over the local deposits in return for helping the country to develop, just like it did in Africa. In result, Beijing would put a tighter grip on the market and on the Taliban in their dispute over the Uyghurs, for instance by using investments such as the Tashkurgan Airport in the Xinjang Uyghur Autonomous Territory. However, in such a case basing the state budget on the sale of rare earth minerals may hinder, instead of propel the growth of Afghanistan, due to the overexploitation that China is already known for in Africa. “We are at risk of the curse of plenty, [the] curse of resources,” — President Ashraf Ghani, who had to flee the country after the Taliban took over, said. The Chinese may fill in the vacuum left by Americans, for instance with the Belt and Road Initiative, which is known in Poland, but more likely to take root in Afghanistan. The economic corridor between China and Pakistan worth USD 62 billion, which contrary to the hollow promises the Chinese made to Poland, is a tangible form of cooperation that Afghanistan could join. As part of the plan, the Chinese promise investments in highways, railways and pipelines. The Chinese engagement, supported by Pakistan, but undermined by the US presence may now be amped up, especially through using corruption as a business tool already widespread in Afghanistan and the Middle State. It is worth reminding that the Taliban have already supported the TAPI gas pipeline (Turkmenistan-Afghanistan-Pakistan-India), which in the future may transmit up to 33 bcm of gas a year from Turkmenistan, including 5 bcm to Afghanistan. Potentially, the Taliban could provide security for this installation.

“But simply having a rich mineral endowment doesn’t mean that Afghanistan is poised to tap it quickly. Challenges abound,” Alan Dowd from Fraser Institute wrote. “Similarly, there are too many challenges in Afghanistan to think of REEs as a panacea. Political corruption runs high in Kabul, Afghanistan’s geographic remoteness will always be an issue, and Afghanistan’s neighbors to the east and west are mischievous, to put it politely,” he wrote in 2014, way before the Taliban takeover in 2021. Little has changed since then. The stories about a trillion dollars hidden under Afghanistan will not be translated into reality without a new stabilization. Clearly the one ensured by NATO, that is ending now before our very eyes, has failed to deliver any progress in this regard. Therefore, the Afghan treasure is still waiting to be unearthed. The future hinges on the distribution of power in the region, which is a bone of contention between the world’s biggest powers.

Anglo-Saxons took a sectoral hit at Lukashenko
Energy SECURITY
Great Britain, the US and Canada introduced their own sectoral sanctions against the regime in Belarus. Which of those will hurt Lukashenko the most? […]
More

Osechkin: Revival of gulags in Russia (INTERVIEW)
Energy SECURITY
Vladimir Osechkin, the head of the Gulagu-NET! Human rights organization, talks about the revival of Gulags in Russia with the participation of […]
More