All roads for non-Russian oil lead do Gdańsk 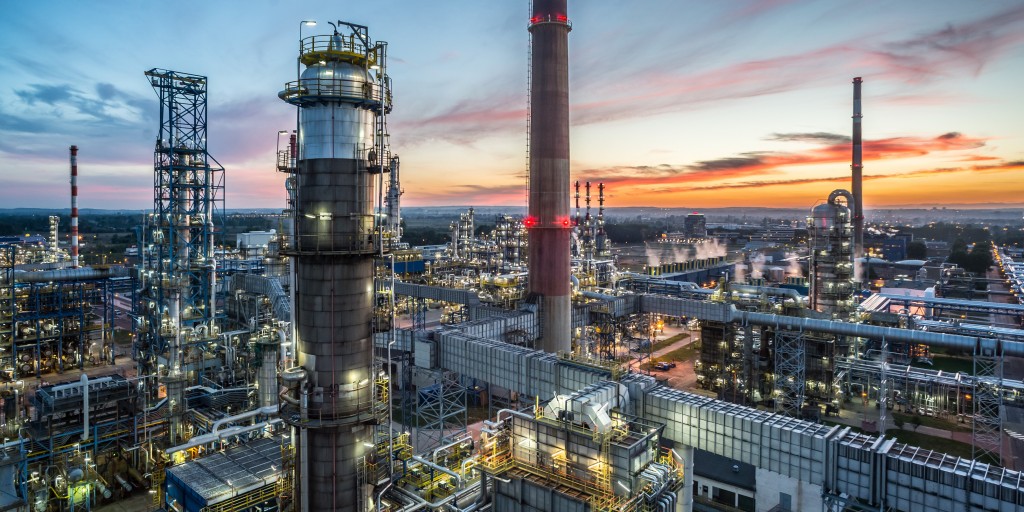 The Gdańsk Refinery supplying non-Russian oil will be the foundation of an effective oil sanctions policy imposed on Russia for its attack on Ukraine. The strategic importance of this facility is growing – writes Wojciech Jakóbik, editor-in-chief at BiznesAlert.pl.

The Kommersant daily has calculated that oil exports from Russia to the so-called further abroad dropped in the first 20 days of December by 11 percent to about 560 thousand tons per day. According to Kommersant’s sources, this is the result of EU sanctions and the maximum price imposed by the G7. The impact of the latter is not yet fully visible, because the cap had been introduced on the 5th of December and the deal provides for a 45-day waiting period during which customers are allowed to accept deliveries that had been contracted earlier. At this point Russian oil output is at 1.49 million tons a day. However, according to an analysis by the Center for Strategic Studies, quoted by the Kommersant, oil production in Russia may fall due to the western restrictions by 10-25 percent in 2023 compared to last year. The reduced exports are forcing Russian refiners to increase processing by 1.5 percent, or up to 794 thousand tons per day. It may turn out that Russia will announce, as a remedy, a reduction in oil production, which it must do anyway due to sanctions. This would only be done to save face in the country, because the Kremlin would actually have no other choice. At the same time in some cases the production cuts will be irreversible, because they will spoil the deposit, making re-tapping into the oil impossible. The petrostate, which currently derives half of its budget revenues from the sale of hydrocarbons, will therefore have the very foundations of its power system undermined.

Blow from Poland and Germany

I have written in the past that Poland and Germany can finish off the Russian petrostate thanks to the voluntary decision to abandon oil from Russia, which will happen when sanctions are imposed on the northern thread of the Druzhba oil pipeline, which crosses Belarus to reach the two countries. BiznesAlert.pl was the first media outlet to write about these restrictions. However, no decision has been made about this, and the sanctions should enter into force before the New Year, so that companies such as PKN Orlen and Luna (ENI, Shell, etc.) could legally abandon their binding contracts. Kommersant did not take such a decision into account, because for several weeks the paper has been speculating that the Poles and Germans will not abandon Russian oil, as evidenced by the reservation of capacity on Transneft’s oil pipelines. However, the new sanctions should lead to the cessation of supplies from Russia through the Druzhba.

“PKN Orlen will not extend the long-term contract, which expires in January 2023. The only existing contract for the supply of Russian oil in 2023 will cease to be implemented when sanctions are introduced, for which we are prepared, because the consistent diversification of oil supplies, including through strategic partnerships, has contributed to strengthening the energy security of not only Poland, but the entire region,” argued Orlen in a commentary for BiznesAlert.pl. “Currently, 70 percent of deliveries for all Orlen group refineries in Poland, the Czech Republic and Lithuania comes from alternative directions to the Russian one, and in 2015, almost 100 percent of the oil that went to the Orlen group refineries was from Russia,” the company explained.

“PERN is ready to impose a total embargo on the supply of raw materials from Russia. During the last six years we have been investing in infrastructure, so as to respond to the needs of customers on the one hand, but at the same time to enter an even higher level of energy security. PERN has significantly increased its capabilities in terms of oil storage,” the Polish oil pipelines operator told BiznesAlert.pl. Poles, unlike Russians, have facilities to store oil. “We have built new tanks at the base in Gdańsk and the Oil Terminal in Gdańsk. In total, oil capacity increased by almost 600 thousand cubic meters. It is no accident that these capacities emerged by the Baltic Sea, because this is the direction for which our clients have plans when it comes to supplying Poland with fuel,” PERN said.

“Thanks to the Naftoport, we are able to cope without Russian raw materials and also support German refineries within the available capacities of the terminal. This means we will continue to use the western section of the Druzhba oil pipeline, that goes to Germany, to transport oil from Gdańsk,” PERN explained.

All roads lead to the Gdańsk Refinery

Just as I predicted in my previous articles, Kazakhstan is a major source of oil from outside of Russia. That commodity can reach the naftoports via the Druzhba pipeline, provided that Russia makes this route available, which is dubious considering the impending sanctions. On top of that, surprises may disrupt the deliveries from Kazachstan, similarly to what happened during the 2019 contamination or the breakdown at the Novorossiysk naftoport in 2022. It is necessary to protect the Gdańsk Refinery from similar events.

The Kazakh blend KEBCO is supposed to be an alternative to supplies from Russia outside of Arabian Light from Saudi Aramco or Johan Svedrup from Norway’s Equinor, and these are already reaching Gdańsk. It will be a challenge to verify whether Russia is using the deliveries from Kazakhstan to bypass the sanctions under a false flag. However, proper testing of blends at the port and verification of documents will eliminate abuses.

Poland and Germany are to work together through the ministries responsible for energy. “On 2 December 2022, the declaration on cooperation between Poland and Germany in the field of the oil sector was adopted. It was signed by ministers responsible for energy,” explained the Polish Ministry of Climate in a comment for BiznesAlert.pl. “The declaration is primarily aimed at supporting cooperation between fuel companies in optimizing the organization of oil supplies to Polish and German refineries connected to the PERN pipeline system, and offering mutual support in ensuring the supply of fuel to the market after the oil sanctions enter into force on 5 February 2023,” the Ministry stated. “The declaration is not an agreement within the meaning of the Act of April 14, 2000 on international agreements,” the Climate ministry added. It should be noted that Germany will want to develop the supply of non-Russian oil through the naftoport in Rostock in the medium term through the construction of an additional oil pipeline, which shows that not only Poles are investing in security of supply by building their own value chain instead of relying only on neighbors.

In this context, the fate of the Schwedt refinery, where the majority shares are still in the hands of Russia’s Rosneft Deutschland, will be interesting. Poland’s Minister of Climate and Environment Anna Moskwa spoke in public about the commercial nature of oil supply agreements, as well as Orlen possibly entering the Schwedt Refinery as part of the Polish-German cooperation. “There is no agreement on the transfer of refinery products between Poland and Germany. It would have to be at the level of companies from one and the other country. I don’t know how this will end. Our goal is to meet the needs of Poland. Russian aspects were removed from Schwedt, that did happen. If there is any cooperation with Germany, it will be only at the business level,” said minister Anna Moskwa at a press conference. It is not clear whether the “removed Russian aspects” mean the derusification of Schwedt. This is a prerequisite for any talks about Orlen becoming a shareholder of this plant. Handelsblatt reports that the Schwedt refinery, which Orlen could take over, will get 50 percent of its oil from Rostock, 20 percent from the Naftoport in Gdańsk. This will be accompanied by deliveries from Kazakhstan, possibly by land.

What’s next for the Gdańsk refinery?

It should also be expected that the embargo on Russian oil deliveries to Poland and Germany will have an impact on the profitability of the Gdańsk Refinery, whose record-breaking revenue during the energy crisis stems mostly from the difference between the Brent that costs about USD 80 and the Urals blend, which is cheaper, at times even by USD 30, as it needs to attract clients due to the western sanctions. The Gdańsk Refinery may earn less in 2023, when it will only process more expensive fuel from outside Russia. This phenomenon will be moderated through cooperation between Berlin and Warsaw, and the Polish state should spare no resources to maintain the profitability of this plant. The strategic importance of the Gdańsk Refinery will be even greater in the face of the upcoming western sanctions, and maintaining state control over the company to manage this facility is necessary from the point of view of the interests of Poland, Germany and the entire West, if it intends to continue undermining the oil foundations of the Kremlin regime.