Amendments to the RES act will make PVs unprofitable 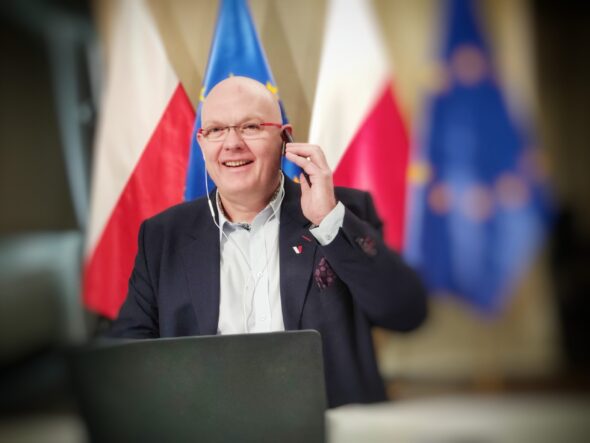 The RES act that has been recently passed by the Polish Sejm will make the construction and use of small photovoltaic installations in Poland unprofitable, says Michał Gramatyka, PhD, MP from Poland 2050, previously vice-president of Tauron Polska Energia and president of Enea Centrum.

Today, the owners of such installations – prosumers, have the right to store up to 80 percent of the energy generated by them in the network. The remaining 20 percent is a kind of a “payment” to the energy company. Solar installations produce the most energy at hours when we do not use it. Power is mostly used in the evening and during the winter, when the production of energy from PV cells is relatively low.

The current regulations have been so beneficial that they caused a boom in photovoltaics. In the last 3 years, the total installed PV capacity has increased by 5.5 GW, and has already exceeded 6 GW. Thanks to favorable legal regulations and a system of subsidies (including the “Mój prąd” program and others), private PV installations paid for themselves after 6-7 years. The grid, which is one big battery of energy for prosumers, could indeed be overloaded in some places.

Legal changes will not improve the grid, nor will they create an impulse to invest in solutions that prevent an overload. They will make the prosumers’ situation much worse. Construction and maintenance of PV installations will become at least twice less profitable than today.

The issues of production and energy consumption will be separated. We will pay for the energy use as if we were not prosumers (i.e. we will also bear the cost of VAT, excise and distribution fee). The energy produced by the prosumers will be bought by energy companies at a determined price. The legislator hopes that the popularity of photovoltaics will slow down.

Indeed, the increase in new installations will be much smaller. The decision to build a private power plant may simply become economically unjustified.

What about developing and adjusting the grid to support almost a million prosumer micro-installations? Here the delays stretch back to the last 10-15 years and all of the parties that have governed Poland are partially responsible. After all, the boom in private photovoltaic installations could have been foreseen – in Germany, more than 56 GW in PV has been installed to date. This trend has continued for the last 15 years.

Solving this issue could involve long-term, systemic approach to grid design, that would incorporate market trends: microinstallations, local supply, energy storage, community energy, etc. Proper network management can also help to a certain degree. Of course, this can’t be done overnight. It will take at least 10-20 years. The same pertains to the idea to build power storage facilities in different points of the grid to reduce the strain. This is the right direction, but also a huge investment. The launch of the entire investment mechanism requires preparation of the legal environment – appropriate changes in the energy law, the RES act, relevant regulations.

Meanwhile, in Poland, the stability of energy regulations is low. In the past 24 years the ‘Energy law’ has been updated almost 130 times. The last two decades have seen several ‘energy policies’, each has been significantly different from the previous one – and such a document is, after all, about long-term stability and setting long-term directions. None of the documents has been consistently implemented. In 2016-2020, we did not even have an ‘energy policy’. The previous one ended during the Civic Platform and Polish People’s Party coalition government in 2015, and a new one was not developed for 4 years. The last one, from 2020, is already outdated.

The greatest disappointment I experienced was when I analyzed the voting results. It turned out that if not for the absence of several MPs from the opposition, the bill simply would not have been passed. There were 13 votes against the bill missing, but 16 representatives of the opposition did not vote. It’s a pity such opportunities have been wasted, because the law passed by the Sejm will not benefit anyone except energy corporations.

Are intelligence agencies and the Chinese involved with the installation port?
Energy Renewables
It is now clear why the government has taken so long to decide about the bill to promote offshore wind farms. Do the Chinese want to take control […]
More

Polish Marshall Plan will be green to offer as much support to the energy sector as […]
Energy Renewables
Renewable energy sources take up the biggest chunk of the draft version of the National Recovery Plan, because those investments will be the most […]
More