An expensive New Year. How much will energy and gas bills rise in 2022? 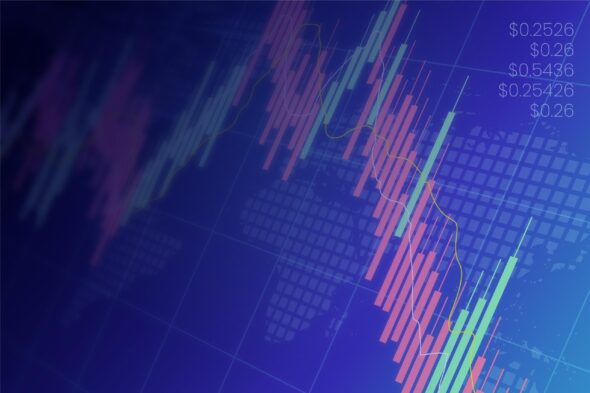 If energy prices rise by 20 percent and gas prices by 40 percent, the blow struck by the climbing prices will be softened by the buffer allowance and by the fact that the gas tariff hike will be spread across three years. There will be no compensation for energy prices and there is no point in hoping the increases could be avoided, writes Wojciech Jakóbik, editor-in-chief at BiznesAlert.pl.

Radio Zet has learned about the coming price increases for energy and gas, which are to be revealed by the Energy Regulatory Office (ERO) on 16 December. The new tariffs will come into force from the beginning of 2022. According to Radio Zet, energy prices for households are expected to go up by about 20 percent. Due to the new tariffs, the natural gas prices are to climb by about 40 percent for households that use gas heaters, and by 10 percent for users of gas cooktops.

Radio Zet’s findings suggest that ERO’s new tariffs will be different from the market conditions. If they were to reflect actual increases in the prices of energy, CO2 allowances and gas prices on the market, the coming price hikes would reach not 20 or 40 percent, but 40-60 percent respectively, and even 100 percent. Energy producers, with state-owned companies in the lead, may curb their appetites for reasons other than economic considerations and meet with the ERO somewhere in the middle. A 20 percent increase in the electricity bill would suggest that the companies were asking for around a 40 percent increase in the tariff, an amount that has been unofficially talked about for a long time. It is expected that the energy price increases will be mitigated by the anti-inflation shield, including the buffer allowance that will replace compensation for energy prices that had been made available before the shield. It is worth recalling that those allowances include VAT and excise duties exemptions and subsidies to energy bills. Energy prices for households are to have zero excise duty and lower VAT (5 instead of 23 percent). In addition, there is a buffer allowance in the amount of PLN 400 to 1150 per year, depending on income and PLN 500-1437,5 for houses heated with coal, whose price also went up. Due to this last change, the budget cost of this aid went up to PLN 4.7 billion thanks to the amendment of the Law and Justice club’s Krzysztof Tchórzewski. “Increasing the buffer allowance for households that use coal for individual heating, is aimed at protecting economically vulnerable consumers from significant price increases of this raw material, which are now noticeable and which translate into a measurable increase in heating costs,” he explained at the Sejm.

Therefore, if an increase in energy prices in the tariff by 40 percent would bring an increase in bills by 20 percent, or less than PLN 400 per year, it is to be expected that the poorest will be less impacted by this in the new year thanks to reductions in VAT and excise tax, although they will have to apply for an allowance at their local government office. A regulation will be introduced, which will include a template for the application. The allowance will be paid in two instalments in 2022. Further increases are to be expected, and they will also be mitigated. There will be no compensation for energy prices proposed by the Ministry of Climate and Environment in the past. “The buffer allowance will replace the compensation for electricity for households,” Tchórzewski explained in a commentary for BiznesAlert.pl. “The proposed regulation is a protective mechanism introduced due to the increase in prices of electricity and natural gas in the national and EU markets. This situation raises concerns about a drop in the quality of life, especially with regard to households affected by energy poverty and households with low income, because the energy bills consume a significant portion of household budgets. The draft prepared by the Ministry of Climate and Environment is aiming at providing support for a large group of about 6.84 million households in Poland, including the most energy-poor households, by covering part of their energy costs and the associated rising food prices. The proposed financial support in the form of the buffer allowance, will back up their budgets and increase their sense of energy and social security. The allowance is part of the anti-inflation shield, presented in November 2021 by Prime Minister Mateusz Morawiecki. This solution was created to help households in 2022,” the Climate Ministry explained.

Spreading the tariffs across the gas market

In turn, the 20 percent hike of the gas tariff, may translate into increases of about 15 percent for those who heat their entire houses with gas, and by 10 percent for gas cooktops users. However, here too, state support will be used through the law amending the energy law, which will allow gas suppliers to spread the cost of the increase over 36 months. In the New Year, companies supplying gas will be able to present to their customers a lower increase and “spread it” across three years, having the prospect of return and thus can count on loans guaranteeing liquidity. Gas prices on the stock exchange rose so much that loans were needed to pay for gas contracts, such as the Yamal contract. That’s why PGNiG borrowed PLN 2.7 billion for nine months. “In the opinion of the PGNiG Management Board, obtaining external financing as a result of the conclusion of the above-mentioned additional agreements will allow GK PGNiG to maintain the flexibility to conduct its day-to-day business while high gas prices reign on energy exchanges, including at the TGE commodity exchange in Poland, Title Transfer Facility in the Netherlands and Trading Hub Europe in Germany, where gas prices have been consistently above the level of EUR 70 per megawatt-hour in the fourth quarter of 2021, both on the current/next day market and on the futures market in the coming months. The high gas prices affect the increased demand of companies from GK PGNiG for cash due to temporarily increased levels of receivables and regulated obligations for the purchase of gas, the high level of gas reserves in underground gas storage facilities and the higher value of necessary security deposits for exchange and financial transactions related to gas turnover,” the company said. Without changing the act presented above, this solution would not be possible without a one-time, several hundred percent increase in gas prices. It is therefore to be expected that the increase in the gas tariff will translate to a lesser extent into heating costs, which will go up by less than I calculated above, depending on how the gas suppliers”spread the tariff”. However, it is known that the increase will last longer, even if gas prices start to fall in the second or third quarter. However, this is not certain, due to the record low gas reserves and forecasts of the Industrial Development Agency, which expects that the record price of natural gas will stay until the fall of 2022. Then, in turn, a new hike in demand will appear during the heating season, so it is difficult to make a safe assumption that the prices will fall already in the spring.

No quick return to lower prices

The Polish market cannot resist global trends and record increases in energy and gas prices on the stock exchanges. However, on the one hand, burden-sharing (laudable) and price subsidies (controversial because of rising inflation pressures) can reduce, but not cancel out, the increases in energy and gas prices. The solution implemented on the energy market may help those who are the most in need. The actions that the government has taken will lower the increases in gas prices, but for longer. The energy crisis could increase the energy poverty of Poles and thus undermine the economy. However, the increased countermeasures will shrink the budget and, in the case of subsidies, may raise inflation instead of lowering it. However, there is no good short-term solution. In the long term, only reforms will help bring down prices permanently: energy transformation and independence from the volatility of commodity prices.

Three breakthroughs in the energy sector in 2020 that will impact 2021
Energy GAS
2020 was marked by the coronavirus pandemic, which adversely impacted the entire economy, including the energy sector. Fortunately, the past year was […]
More

CEEP Report: Cross Border Energy Cooperation in Central Europe
Energy
Policy paper is a part of a project “Third Central European Day of Energy” which was organized by CEEP in cooperation with the European […]
More