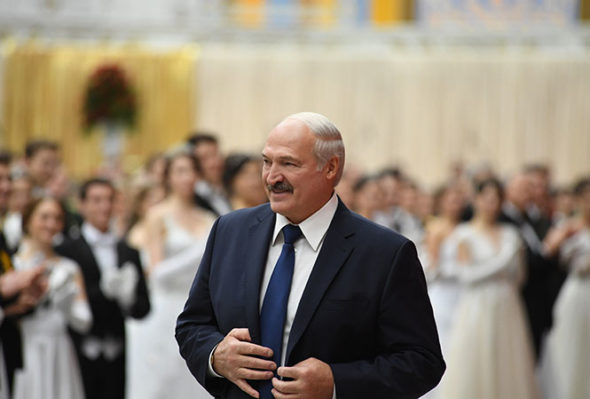 Great Britain, the US and Canada introduced their own sectoral sanctions against the regime in Belarus. Which of those will hurt Lukashenko the most? – asks Mariusz Marszłkowski, editor at BiznesAlert.pl.

The Anglo-Saxons used the anniversary of the presidential election in Belarus, which the West believes were fraudulent, to announce new sanctions. Great Britain and Canada introduced sanctions that mirrored the sectoral restrictions levied by the European Union states on the 25th of June 2021. Those sanctions were imposed on specific products from a few sectors of the Belarusian economy, e.g. in case of the fertilizer sector limitations were imposed on goods that had either over 40 percent or less than 62 percent of potassium chloride. This allowed the EU to purchase fertilizers used in agriculture, whose potassium chloride content was “between” the values stipulated in the sanctions.

When it comes to the sanctions imposed on Minsk by Washington, the situation is different. The Americans decided not to levy restrictions on specific products, but on specific companies. This distinction is important, because the American blacklist includes, among others, the Belaruskali company, which produces potash fertilizers. 20 percent of the global potash market belongs to that concern. The export of potash is even more important for Belarus’s economy than the press-favorite oil and oil products. This is because this raw material, which is used for the production of potash fertilizers, is located in Belarus. Apart from the plants where potash is manufactured, Belaruskali also owns a factory complex that includes four open pit potassium mines located near the city of Salihorsk. Since it owns one of the biggest deposits of this raw material in the world, the company’s margin on the fertilizer is exceptionally high, which also means significant revenue for the state budget. Additionally, the factory complex, and especially the mines employ huge numbers of people, which has an impact on stabilizing the social factor. Minding the importance of this company for the international fertilizer market, the State Department has decided to issue a 180-day waiver to give time to companies that are working with Belarus to find alternatives. A similar waiver, but one lasting 90 days, was also applied by the European Union. The goal is to protect one’s own companies, that purchased fertilizers from Belarus for their own needs, and give them time to find alternatives.

The Americans decided to introduce sanctions on 23 legal entities from Belarus. Apart from numerous state-owned companies, the list also includes the Investigative Committee of Belarus, which is responsible for the crackdown on the opponents of the regime, the Belarusian Olympic Committee, as well as… gyms located in the Minsk city center.

The Naftan refinery, which is owned by Belneftekhim, which was taken off the 2015 sanctions list in April this year, has recently learned how efficient and deterring US sanctions can be. After sanctions were imposed on this company, even Russian firms did not want to officially supply their oil to this Belarussian refinery. Of course, undercover and with the participation of intermediaries the oil continues to flow there, but Russian oil companies are one mistake away from falling under the US restrictions, which can truly make it impossible for them to freely operate in foreign markets. This fate befell trading companies owned by Rosneft, which was engaged in oil trade with a Venezuelan company PDVSA, which is also on the list of sanctioned entities. In result, Rosfneft sold its assets in Venezuela to a state-owned company Rostenftegaz.

The restrictions introduced by Great Britain, which similarly to the EU, imposed sectoral sanctions on specific kinds of goods, will prove very problematic. Those include, among others, oil products from Belarusian refineries. It is an especially stinging blow for Minsk. In 2020 Great Britain ranked right after Ukraine when it comes to importing Belarusian fuels. In 2020 Belarus exported 8.5 million tons of fuels, out of which over 2.7 million went to the UK (less by about 40 percent), the export value reached almost USD 800 million and was lower by over 60 percent in comparison to 2019. Interestingly, according to Comtrade, the import of Belarusian oil products to Great Britain was at just… USD 30 million. The reason for this may be the role the UK plays in the Belarusian export. Similarly to Holland, it was mostly a transit state for goods from Belarus, which were sold on the London exchange to other interested parties. The ban on transporting those goods may be especially hard for the regime in Minsk.

The least hurtful sanctions from among the three Anglo-Saxon states were imposed by Canada. This is because the trade between the two countries is very small and does not exceed USD 50 million (USD 48 million in 2020). On the 1st of September 2021, the Belarusian embassy in Canada will be shut down after 27 years.

OSW: New US sanctions on Russia
SECURITY
On 2 August, the US Department of State informed that a second round of US sanctions had been imposed on Russia due to the Russian chemical attacks […]
More