Are intelligence agencies and the Chinese involved with the installation port? 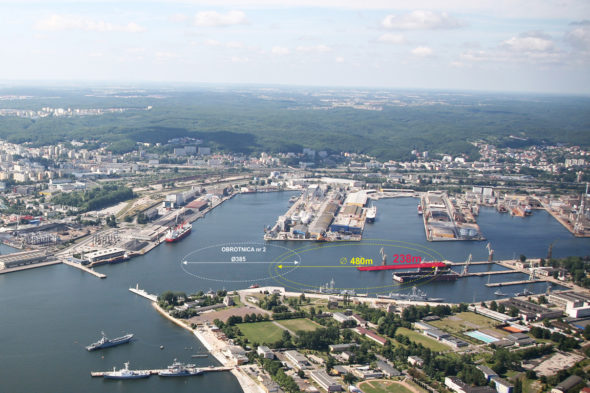 It is now clear why the government has taken so long to decide about the bill to promote offshore wind farms. Do the Chinese want to take control over the installation port? The port itself has fallen prey to this dispute, as it won’t be ready to take part in the first phase of offshore wind farms development – writes Wojciech Jakóbik, editor in chief at BiznesAlert.pl.

Installation port caught in the crosshairs

The Gazeta Polska weekly has learned that Chinese companies are seeking a 30-year contract for the management of Gdynia’s external port, and a contract for the construction of an offshore installation port. This investment is necessary if Poland wants to develop the competencies in the offshore wind farms industry. Otherwise, Warsaw will have to use foreign ports, which will probably happen in the first phase of the offshore wind development program, i.e. the first capacity auction conducted on the basis of the Offshore act, as the fate of the Polish port is still up in the air.

The weekly established that three of the four offers for the tender announced by the Port of Gdynia were made by Chinese companies. One of them already manages part of the Port of Gdynia, near the Naval Shipyard and infrastructure used by NATO. “This topic is being raised by representatives of the US Army, for which Gdynia is the main port of transhipment of equipment. The situation is also complicated due to the proximity of the transhipment areas, which are of interest to the Chinese, with the Naval Shipyard Gdynia SA, as there are plans for the shipyard to participate in the expansion and development of projects for the armed forces of NATO countries,” the o2 portal reported. The Gazeta Polska weekly has raised the idea that the intelligence services are looking into this investment, because of the threat of Chinese espionage, citing an analysis by the German Marshall Fund for the Norwegian Ministry of Defense, which warns that port companies from the Middle Kingdom can serve such purposes. The deadline for the submission of tenders was therefore extended until November. The installation port is to be built for PLN 3.3 billion by 2026. Meanwhile, the first wind farms in the Baltic Sea are to be completed in 2025. This means that they will not be assembled in the Polish port.

This is not the first time the intelligence services have taken an interest in offshore investments. The law on supporting offshore wind farms was blocked by some ministers in the fall of 2020. BiznesAlert.pl learned back then, that it was stalled by ministers who did not support the development of offshore wind farms. Then we managed to establish that in result of a discussion held on October 28, the draft was submitted for consideration by the competent authorities in the field of state security and the fight against corruption. Initially, it seemed that it was a move by the opponents of renewable energy sources to stall the process. Allegedly they may have also blocked the distance law that inhibits the development of onshore wind farms. However, the scoop acquired by the Gazeta Polska weekly and o2, which they published almost simultaneously, sheds a new light on the entire story.

The Huawei scandal in Poland and the ongoing dispute over whether the Chinese Communist Party is using this and other companies for hostile foreign policy purposes, have caused NATO countries to put a lens to all Chinese investments. On the other hand, the alternative to Chinese port companies may be limited. “It is probable that American companies and their contractors will end their cooperation with Poles if Gdynia is taken over by the Chinese,” o2 has warned. One of the interlocutors of the portal suggests that the United States blocked the participation of port companies from China in investments in Israel, and Lithuanians did the same in Klaipeda. “We must take into account the possibility that China will cooperate with Russia. It would be easy for the Chinese to clog the port, if, for example, the conflict in Ukraine escalated,” says the former deputy head of the Military Counterintelligence Service and expert at the Stratpoints Foundation, colonel Maciej Matysiak.

The port will wait, but offshore investments can’t

Regardless of the decisions in this case, it seems that the Polish installation port will not be ready in time for the construction of the first offshore wind farms. However, this doesn’t mean it’s over for the industry, because new rounds of awarding licenses for offshore wind farms on the Baltic Sea will take place in the future. By this time, the installation port should be ready. It should be built and it should operate in accordance with the priorities of the security and foreign policy of the Republic of Poland, which may mean no access for suspicious companies.