Atomic menu on the ballot 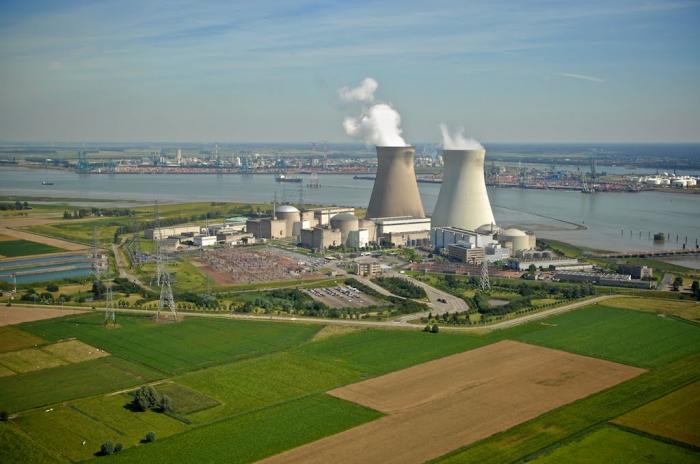 The dispute over nuclear energy accompanying the government’s resolution on the choice of the foreign technology partner is entering the electoral phase. Changes in the menu with American burger and Korean kimchi leave no room for a French dessert – writes Wojciech Jakóbik, editor-in-chief at BiznesAlert.pl.

On the 2nd of November, the government is to adopt a resolution in response to the offer made by the American Bechtel and Westinghouse on building a nuclear power plant as part of the Polish Nuclear Power Programme (PPEJ). It is expected to affirm the construction of a 3 GW NPP at the Lubiatowo-Kopalino location. This choice has already been criticized by Grzegorz Onichimowski of the Civic Institute associated with the Civic Platform, who tweeted that “in PPEJ there is a capital contribution requirement, two power plants and one partner as the best option. Today we hear about three partners (and 3 power plants), and the selected one will not bring in any capital.” This is actually the most important and controversial topic of the debate on nuclear energy in Poland. If the resolution does not yet mention Westinghouse’s involvement in Polish Nuclear Power Plants, which was to remain under state control thanks to a 51 percent stake, this topic will return in the talks on the final investment agreement that are to follow. So far, the Americans have changed their minds on this issue several times, because in an interview with Barbara Oksińska from Business Insider in early October, President at Westinghouse responsible for Energy Systems assured it was possible. “We have committed to provide a certain equity in the project. We’ve never done this before, so it’s also a sign of our commitment and determination,” he said. According to government circles the Americans have not yet made a declaration, while the Koreans were willing to contribute capital to Polish Nuclear Power Plants. One can also hear on the grapevine that Westinghouse’s October ownership changes delayed the government’s resolution on the choice of technology. Cameco and Brookfield Renewable bought Westinghouse Electric Company from Brookfield Business Partners. However, during talks at the Department of Energy, Warsaw was assured by Washington that this change would not impact the success of the project.

Korean kimchi with a TV package

From the point of view of further negotiations with Westinghouse, the letter of intent between ZE PAK-Polska Grupa Energetyczna and KHNP, that is, the idea of building a second nuclear power plant in cooperation with the Koreans, can be perceived in the US as a form of pressure to increase their contribution and offset. Yet politicians can look at this spontaneous plan differently. The protection ensured by the State Treasury that is necessary due to cultural differences in South Korea increases the probability of success of Zygmunt Solorz-Żak’s project. On the day the decision was announced, the owner of ZE PAK also revealed that he would ditch the BWRX-300 small reactors project, which he had been pursuing with the owner of Synthos, Michał Sołowow who is an advocate of this solution in Poland. In return, the ruling party could potentially count on greater favor from Solorz-Żak, who also owns one of the largest television stations in Poland, Polsat. Some speculate that TVN, owned by the American Discovery, will not criticize the government program, and Polsat will promote the private venture. TVP will criticize neither, and in 2023, parliamentary and local government elections will be held, in which points for the nuclear project supported by the majority of the population may play a role, as can be seen in the polls conducted periodically by the ministry responsible for energy in Poland.

No appetite for a French dessert

Meanwhile, former prime minister Leszek Miller gave a kiss of death to the French bid by joining the political dispute over the atom, stating on the Polsat TV channel that “the government has forgotten not only about consultations with the public, specialists, but also that in the EU, EU law indicates that when building such investments and choosing such investors, it is necessary to organize the so-called competitive process”. It is worth recalling that already in the past, the EU gave the green light to Polish solutions, which in the opinion of many were supposed to be impossible, like the capacity market. “Poland could soften somewhat the impact of what I was talking about just now if it announced that the draft agreement with the Americans is one project. Whereas the next ones will be for manufacturers, for example, from France. However, our government suggests that the next contractor will be from South Korea. This will undoubtedly raise questions about why, in a situation in which we are trying to invest mainly from the EU, the choice is made from outside the Union,” said the former prime minister from the Democratic Left Alliance. By advocating cooperation with France’s EDF he probably finished off the French offer, which according to the Puls Biznesu daily is still on the table. The bottom line is that it is difficult to have your cake and eat it too by selecting a technological partner for the government program, and then adding to it more partners, even though that’s what the Korean proposal under the patronage of Jacek Sasin, State Assets Minister (MAP), may look like. MAP makes a clear distinction between the government project with Westinghouse an the private one with KHNP. BiznesAlert.pl learned that the government was not interested in the French offer, because of the objective issues that industry and EDF are facing. Nuclear power generation in France is at a record low this year due to technical problems. The energy crisis forced Paris to nationalize EDF. In addition, it was impossible to count on the support of the French in Poland’s dispute with the European Commission over the National Reconstruction Plan, and therefore there were no arguments for their bid, which is attractive due to the highest capacity of the EPR blocks, which could build six 6600 (EPR1) or 9900 MW (EPR2) reactors.

Atom on the ballot

Poland needs about 20 GW in generation capacity. Its power plants, mostly coal-fired, narrowly meet the demand. An update to Poland’s Energy Policy Until 2040, which is necessary due to the recent decisions about nuclear power, the energy crisis and Russia’s attack on Ukraine, will prolong the lifespan of coal, include the bare minimum of gas and perhaps add more atom. BiznesAlert.pl has estimated that Poland’s maximum nuclear generation capacity will be 12 GW in the 2040s. However, it is of utmost importance that the various changes to the atomic menu do not undermine the deadline for launching the first reactor in 2033. The idea to build two nuclear power plants at the same time may cause more challenges. “Indeed, the Koreans will most likely be the supplier of key elements to the project implemented by Westinghouse, such as reactor tanks or steam generators,” says Paweł Gajda from the AGH University of Science and Technology. “While plant production capacity should allow the simultaneous construction of both power plants planned as part of the Polish Nuclear Energy Program, there may be some bottlenecks in the implementation of other projects somewhere in the world. A similar problem can also be encountered in Poland, where the number of qualified potential subcontractors is also limited. This may translate into delays or the need for greater participation of foreign companies. Therefore, while the construction of more than one nuclear power plant is needed as quickly as possible, a situation in which different projects would unnecessarily compete for resources and contractors should be avoided. The lawsuit filed by Westinghouse against KHNP also introduces some uncertainty. Until this is clarified, it is difficult to imagine signing a contract with the Koreans. Of course, an out-of-court settlement of the case should be expected, but the terms of this settlement may affect the shape of the final offer that the Korean side will be able to make,” concludes the expert on nuclear energy. Juggling partners beyond the necessary negotiating game could leave Poland in a situation where it will talk to everybody, but won’t get the technology from anybody. Then hundreds of thousands of characters from messages from various institutions and journalistic texts will be the biggest achievement of the Polish Nuclear Energy Program.

Russia is wagging its nuclear finger because it can (ANALYSIS)
Energy Nuclear
Despite Russia threatening a nuclear attack against Ukraine and using the Zaporozhye nuclear power plant as a hostage, the West is not ready for […]
More

Westinghouse for BA: Nuclear from the U.S. in Poland in 2033 is possible, but requires […]
Energy Nuclear
The 2033 deadline for the first reactor is possible but it implies quick moves. Every delay is making it harder to achieve that deadline. The sooner […]
More