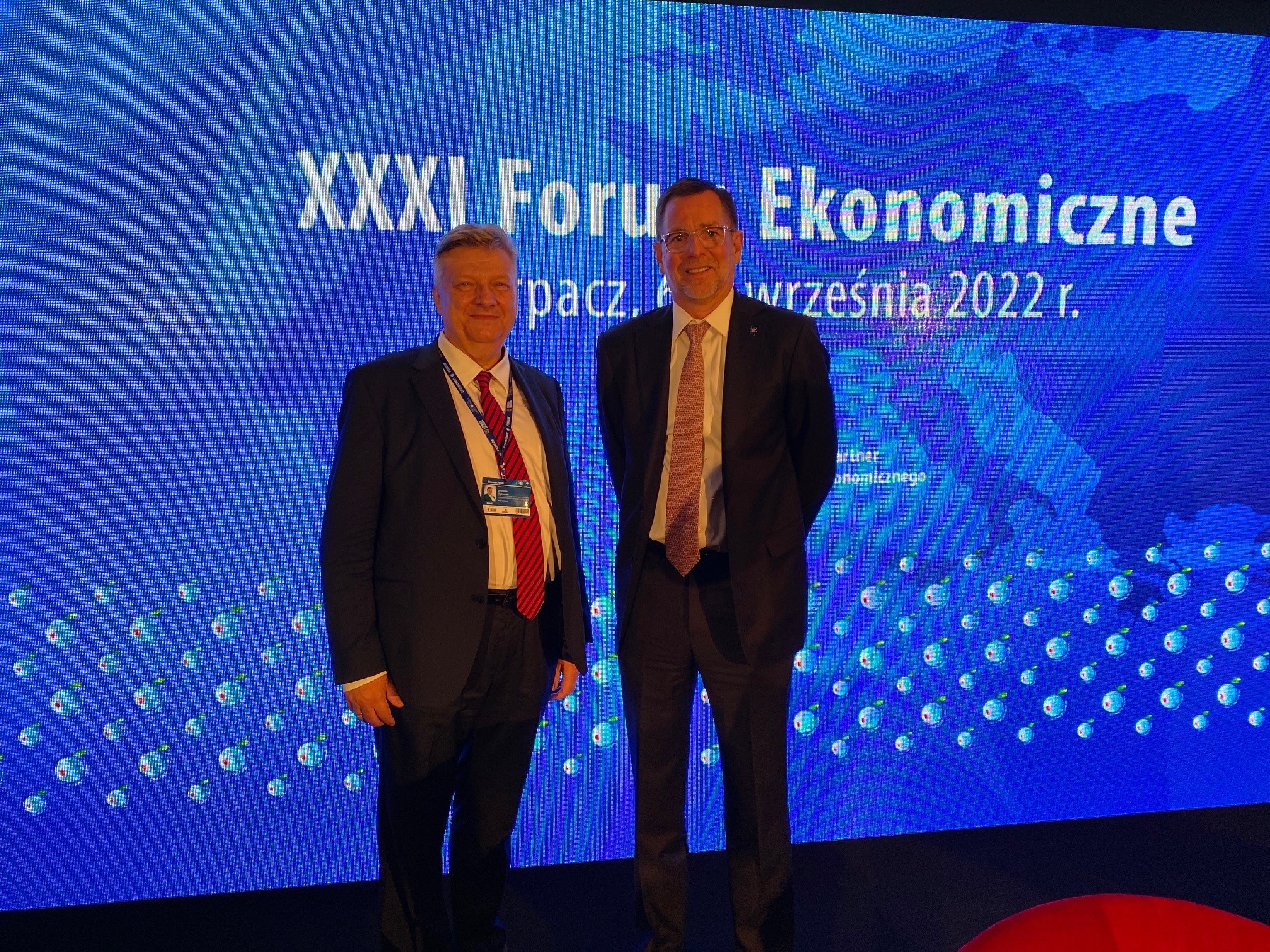 BiznesAlert.pl: How could you prove that it is something concrete that could happen soon?

Jon Ball: Our SMR – BWRX-300, is a tenth generation of boiling water reactor. We have strong pedigree from prior designs that are licensed by the US NRC and thanks to the experience from the decades of prior constructions. 90 precent of the BWRX-300 reactor systems are proven. Same components, same materials that have been operating by us in prior designs. These experiences enables us to bring this to market very rapidly. This is not in case of completely new technologies.

BWRX-300 is a simplified boiling water reactor. How we did it? We took the certified ESBWR boiling water reactor which is very large – 1500 MW, and we shrunk it down to 300 MW. The problem in making reactor smaller, is that you actually suffer from diseconomies of scale, so the key is to make the reactor simpler. We figured out how to eliminate many systems that were once required to be included. This resulted in the ability to reduce concrete by 50 precent per MW. That translates into lower cost but also much simpler to operate.

It needs high security standards. If you have this small nuclear reactor somewhere near the city, especially when you can use it directly at the place where you need energy. How can you make it safety?

This will be the safest reactor we’ve ever deployed. We’ve deployed more than a few dozen reactors in 10 different countries, including in Europe such as Spain and Switzerland. BWRX-300 is a passively cooled reactor which does not depend on offsite power during an emergency event. Also it does not have recirculating pumps – it uses natural circulation. From perspective of technology, the biggest change is introduction of a special valve that prevents the loss of water from the reactor vessel during a LOCA (Loss of Coolant Accident). Importantly, the US NRC has already approved this concept.

What about the regulations? Do you think that you need the same regulations as the big nuclear power? Especially in Poland where we are creating the law for it?

Regulations taken into account the specificity of SMRs would certainly support the process of developing small modular reactors. Such initiatives are already being discussed worldwide. But the examples of decisions by companies in Canada and the US to build BWRX-300, show that there are no obstacles to build SMRs under current regulations. The situation is similar in Poland.

What is the time table of the certification in the EU and in Poland?

Let me first talk about where we’re licensing this reactor elsewhere, because that is important step for Poland. We’ve been selected by Ontario Power Generation from Canada to deploy first BWRX-300 on the world as early as 2028. We will be submitting for the license to construct for this reactor this year and the Canadian regulator has an approximately 2-year review process. That’s extremely important because the learnings from this submittal and review can be leverage in other countries like Poland.

If you succeed in two years having this green light in Canada, is it able to enter European market, especially Poland?

The decision of CNSC – the Canadian regulator, will be helpful, but it does not determine possibilities to build BWRX-300 in other places in the world. Our partner’s plan is that first project in Poland follows right behind the project in Canada in terms of the deployment process. One of conditions to succeed with this, is a strong collaboration between the regulators.

Do you see big interest SMR in Europe?

There is significant interest in SMR’s in Europe.

I would say there is a heavy interest in Central and Eastern Europe, the UK, the Nordic countries as well as the Baltics. There is really widespread interest. Unfortunately I prefer not to discuss specific details.

Do you think SMRs are an alternative to power or some supplement?

I think they can operate simultaneously. I think there is a need for both large and small reactors in the world. At GE Hitachi, we believe the future of nuclear is with small modular reactors.

What will be the next step you want to provide us with the GEH BWRX-300 in Poland? What is the milestone you’re looking for right now?

One of the key milestone is a site selection. Once the site is selected, the site-specific work can start. That is important step and will accelerate the licensing process.

What is the kind of this site? For instance, if we are thinking about the big nuclear power you need to have big sources of water. What is the ideal place to deploy SMR?

ORLEN Synthos Green Energy right now is evaluating several possible sites in Poland. I just can assure, that water is not as crucial problem in case of BWRX-300 deployment. When wet cooling design is considered, it requires less water annually than a typical large nuclear power plant. But BWRX-300 also supports multiple options, including an air-cooled design.

What could help you in Poland?

In terms of deploying nuclear technology rapidly in Poland, I think collaboration between regulators is key. This is not just the case of Poland, but generally everywhere in the world, because we need to decarbonize our planet, provide energy security and independence from gas from Russia. Countries should work together to bring SMRs, like BWRX-300 to reality as soon as possible in coming years, as they can participate in achieving these goals.

Obajtek: Orlen is the company with true offshore potential. SMR is not a technology from […]
Energy GAS Nuclear
“One gigawatt generated from offshore wind in the Baltic will cost PLN 10 billion. We believe that one, strong entity will be able to achieve […]
More