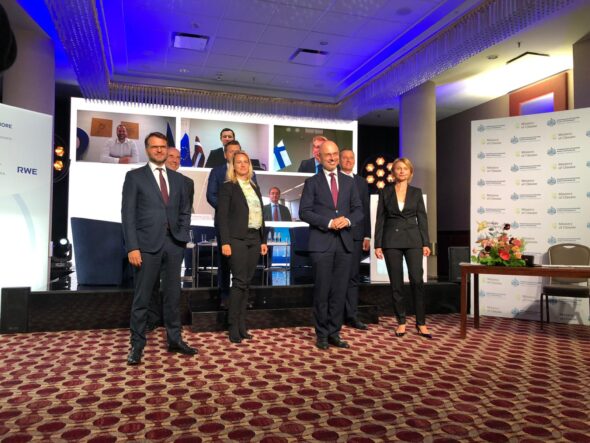 What goes on in Poland on the 1st of October.

Poland and its neighbors want to accelerate offshore development

In Szczecin, the “Baltic Declaration for offshore wind energy” was signed by the European Commission and ministers from Poland, Denmark, Finland, Estonia, Lithuania, Latvia, Germany and Sweden.

The Baltic Declaration for Offshore Wind Energy “inaugurates close cooperation between the countries of our region – emphasized Minister of Climate Michał Kurtyka during the Pomeranian Offshore Wind Conference. According to the head of the climate ministry, the dynamic development of offshore wind energy in the Baltic Sea may significantly support the recovery of domestic economies after the slowdown caused by the coronavirus pandemic.

– Therefore, we must fully use the energy potential of the Baltic wind not only to green the economies of countries with access to it, but also to achieve the greatest economic benefits from the development of offshore wind farms – said Minister Kurtyka. In his opinion, offshore wind farms will start work in Poland in 2025. During the thematic panel, Kurtyka emphasized that the government wants to create conditions conducive to the sustainable development of this industry. – The Baltic Sea can play a significant role in the efforts to achieve Europe’s climate neutrality by 2050 and the energy transition of individual countries in the region – he added.

Kadri Simson, the European Commissioner for Energy, emphasized that the Baltic Sea is a region which, after the North Sea, can increase the energy potential of the entire European Union by building offshore wind farms. ‘It is imperative that this body’s potential be unlocked in order to achieve the Commission’s climate neutrality objective,’ she said.