Nuclear energy is feared in Belarus, but there won’t be another Chernobyl 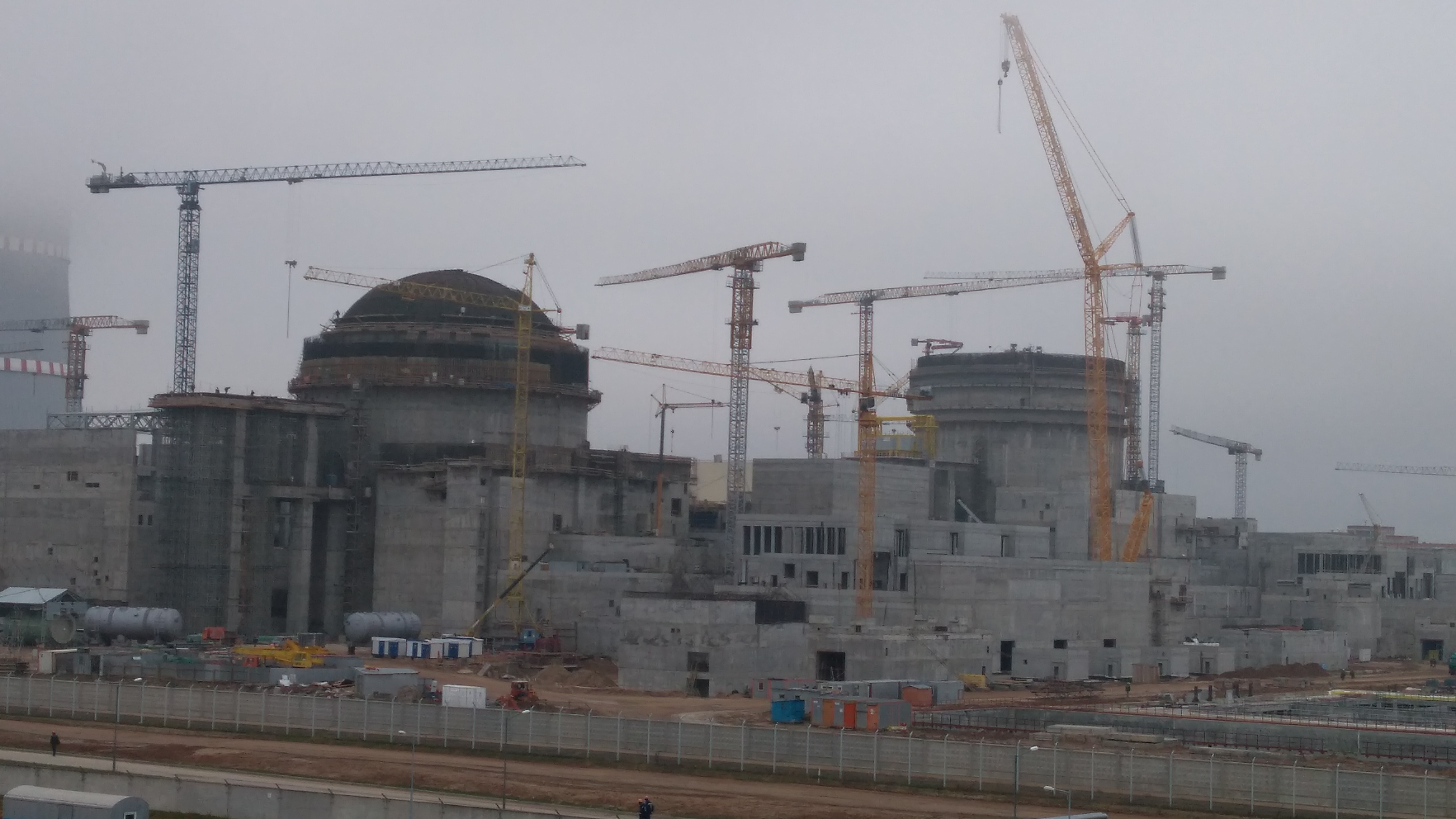 For many years numerous experts have been concerned about Belarus’s plans to build a nuclear power plant. Safety issues as well as the political impact of the investment on countries in the CEE region are at the top of the list. However, in retrospect it looks like this is yet another project that will not meet its expected and ambitious goals – writes Mariusz Marszałkowski, editor at BiznesAlert.pl

The plant – Russian or Belarusian?

The Belarusian nuclear power plant (NPP) is located 18 kilometers (ca. 11 miles) away from Ostrovets (aka Astravyets), 4 km (2.5 miles) away from the border with Lithuania and 55 km (34 km) away from Vilnius, its capital city. It will have two units equipped with two III generation WWER-1200 reactors in accordance with the AES-2006 model. The total capacity of the NPP will be 2400 MW. The idea to construct the plant appeared after the 2007 energy dispute with Russia. Investors expected that producing power at an NPP will significantly reduce Belarus’s energy dependency on Russian gas, which is the main fuel for power generation in Belarus.

However, it was already in 2009 when it turned out that the diversification plan had failed. In fact it resulted only in changing the country’s energy mix proportions by adding Russian uranium to the list. This happened because Minsk chose Russia’s Atomstroyexport as the plant’s main construction company. The works started in June 2012 and the casting of the concrete for the first unit kicked off in November 2013. In 2014 the construction of the second unit commenced. The cost was USD 11 billion out of which USD 10 billion was bankrolled by a credit line from Russia awarded for 10 years. Belarus is obliged to start repaying the debt as of 2021 in installments of USD 1 billion every year. At the end of 2020 the government in Minsk tried renegotiating the loan deal because the project was delayed. On 11 of February Russia’s finance ministry said that renegotiations were out of the question. Minsk wanted to postpone the repayment deadline and decrease the interest rate.

Incidents hidden away from the public

Lithuania is the biggest opponent of the project. In Vilnius’s opinion the power plant is not being constructed in accordance with global safety and transparency standards. Even the location of the project, which is very close to the border with Lithuania is problematic. Vilnius is also accusing Belarus of not being transparent and open about the incidents that have occurred during the construction.

At least a dozen incidents took place on the construction site which claimed the lives of at least 5 workers. The 5-year delay is also a testament to the level of incompetence of the people involved in the project. According to an executive order issued by president Lukashenko in January 2008, the first unit was supposed to have been launched in 2016, the other one in 2018. The deadlines for the investments have been postponed a number of times. The current deadline for the first reactor is the first quarter of 2020, for the second one it’s the end of 2020.

One of the worst accidents occurred when a 330-ton reactor vessel was dropped from a height of 4 to 5 meters while hanging on a crane. This happened a day before it was supposed to have been installed during an official ceremony with state representatives. The event was cancelled. The Belarusian authorities denied this ever happened for a very long time, only after an outcry from the Western media did they officially admit the mishap did take place. Still they stressed that it did not impact the safety of the investment. Due to international pressure it was decided to replace the vessel with a new one. Earlier in April 2016 the building where the control room was, collapsed. In February 2018 the technical exercise of the reactor’s emergency shutdown caused a short circuit, which started fire in the switchboard and the control room. Neither this accident nor the other ones were reported by the authorities. However, when activists and the media revealed the mishaps, the authorities brushed them off claiming they were irrelevant to the general safety of the plant. In May 2019 another fire took place, this time in a tunnel under the first reactor. A container with solvent caught fire and when employees failed to extinguish it, the in-house firemen appeared within minutes and handled the situation. Belarus confirmed this indeed happened, but the acknowledgment was made on 12 February 2020.

According to experts from Lithuania’s intelligence agency the high number of accidents is caused by the fact that the contractors are under pressure from Belarus’s top politicians who want to speed up the project. The other reason is that the investment is underfinanced and costs are cut wherever possible. However, this opinion doesn’t necessarily hold water. Two other nuclear power plants in Europe that are currently under construction – Finland’s Olkiluoto and France’s Flamanville have significantly bigger delays than Ostrovets. However, the difference between them and Belarus’s case is transparency and the scale of issues surrounding the investments. A lot of the mishaps in Ostrovets could have been avoided if it wasn’t for the carelessness of the construction workers and the disregard towards basic safety rules, e.g. last year’s fire was started by an employee smoking a cigarette near a container filled with solvent.

In a 2012 report by the International Atomic Energy Agency (IAEA) warned that Belarus’s regulatory body that is formally responsible for the investment lacks technical competencies and sufficient political independence to supervise the construction of a nuclear power plant. After another audit by the IAEA in 2016, the Belarusian government did not publish the agency’s post-audit report. Probably because the document was critical of how the investment was managed.

In July 2014 the Ministerial Conference of the Aarhus Convention decided that the Belarusians failed to comply with the requirements of the Convention because they did not provide an environmental impact assessment, nor did they investigate the plant’s impact on ground waters in Lithuania and on the Neris river, which flows through Vilnius and is an important source of potable water for Lithuanians. Moreover, there is a risk that the NPP may negatively impact water level in the Neris which, because of dry summers, is not that high in the first place. The river’s ecosystem may also be altered if hot water previously used for cooling the reactors is dumped into the stream. Access to sufficient water amounts necessary to cool the installation is yet another serious issue the entire project is facing.

The international community is also concerned about the NPP stress tests required by the European Commission. The requirement to conduct such tests was implemented after the Fukushima disaster. Belarus, together with six other non-EU countries agreed to conduct the stress tests at the Ostrovets NPP. However, the tests are deemed unreliable as they are to be conducted by Atomstroyexport which is responsible for the construction of the plant. The company is a subsidiary of Russia’s Rosatom. In February 2019 in a vote 30 to 6, the Espoo Convention decided that Belarus failed to explain to the international community “the justification of the selection of the Ostrovets site over the alternative sites” (Espoo’s Draft decision IS/1d). The decision was issued after Lithuania’s complaint filed in 2011.

Ostrovets as a political project

Ostrovets was a project with specific political goals from its inception. At first it was Minsk’s attempt at tackling Russia’s dominance over Belarus’s gas market. Then, after Minsk received a low-interest USD 10 billion loan from Russia the goal was turned on its head. Now the aim was to use the NPP to make Central and Eastern European countries dependent on Russian electricity. The NPP in Belarus together with the Baltic Nuclear Power Plant in the Kaliningrad Oblast were to create a tandem that would flood Poland and the Baltic states with power, thus blocking their attempts at setting free from Russia’s economic influence.

After Poland and Lithuania had decided not to purchase energy from the Kaliningrad NPP its construction was halted and Rosatom focused entirely on the project in Belarus, which was already underway. Poland and Lithuania announced they would not buy power from Ostrovets either. In 2018 Poland started to dismantle the 220 KV power link between Bialystok, Poland and Ros, Belarus that would otherwise enable Warsaw to import energy from Belarus. At the same time, Lithuania’s transmission system operator Litgrid signed a deal with Kaunas University of Technology in late 2019 to develop a technical system that would block power transmission from Belarus to Lithuania. Latvia’s position on the issue remains unclear, as it has not made any official decision on whether to buy or boycott the Ostrovets power. Riga’s vacillation shows that Russia’s Ostrovets scheme is still up in the air. However, things may change because Lithuania is lobbying its partners to draft a joint position on energy from the Belarusian plant.

However, the Ostrovets NPP does have some impact on one piece in this entire puzzle. It may hinder the process of synchronizing the Baltic States’ grid with the continental system. Currently under the BRELL agreement the Baltic grid is connected to the Soviet IPS/UPS system. However, before joining the EU in 2004 the Baltics agreed to synchronize with the European system by 2025. Once that happens it will be possible to dismantle the physical power links between Belarus and Lithuania and Latvia.

Moreover, the EU climate policy and especially the goal to reach carbon neutrality may turn out to be of more significance than solidarity with Lithuanians, especially if local power plants will not be modernized quickly enough. Estonia may be facing this problem most of all, because it fuels its power plants with bituminous sands, which emit a lot of CO2.

Lithuania compares the Ostrovets NPP to the Chernobyl plant infamous for its 1986 accident, which contaminated with nuclear fallout a huge chunk of Europe. Ostrovets is facing similar concerns about following rules and safety procedures. The accidents and lack of transparency are creating justified unease about the safety of countries in the region. However, panic and anti-nuclear hysteria are not the answer. Rosatom cannot afford any damages to its image, so it will most probably make sure that another Chernobyl-like disaster won’t happen in Belarus. Such an accident could impact the company’s deals across the world. It is worth remembering that Russia’s nuclear know-how together with its arms and energy resources exports are important for the country’s finances and for its ambitions as a global superpower. In the end the project will be a burden for Belarus, which will be left with power it cannot sell and a loan it must repay.

Blackout Friday – the energy strategy will cost PLN 400 billion
Energy Nuclear
We have a draft energy strategy until 2040, which will be submitted to social consultations until January 15, 2019. This means that by the end of the […]
More

“Nuclear hysteria in Poland.” Russian media escalate the dispute over the […]
Energy
Jurij Barańczyk editor at the propaganda portal Regnum critized the statement made by the Polish Foreign Minister Witold Waszczykowski on the […]
More