Zaborowski: Biden has one year to upend the status quo. He understands to what ends Russia uses its energy policy (INTERVIEW) 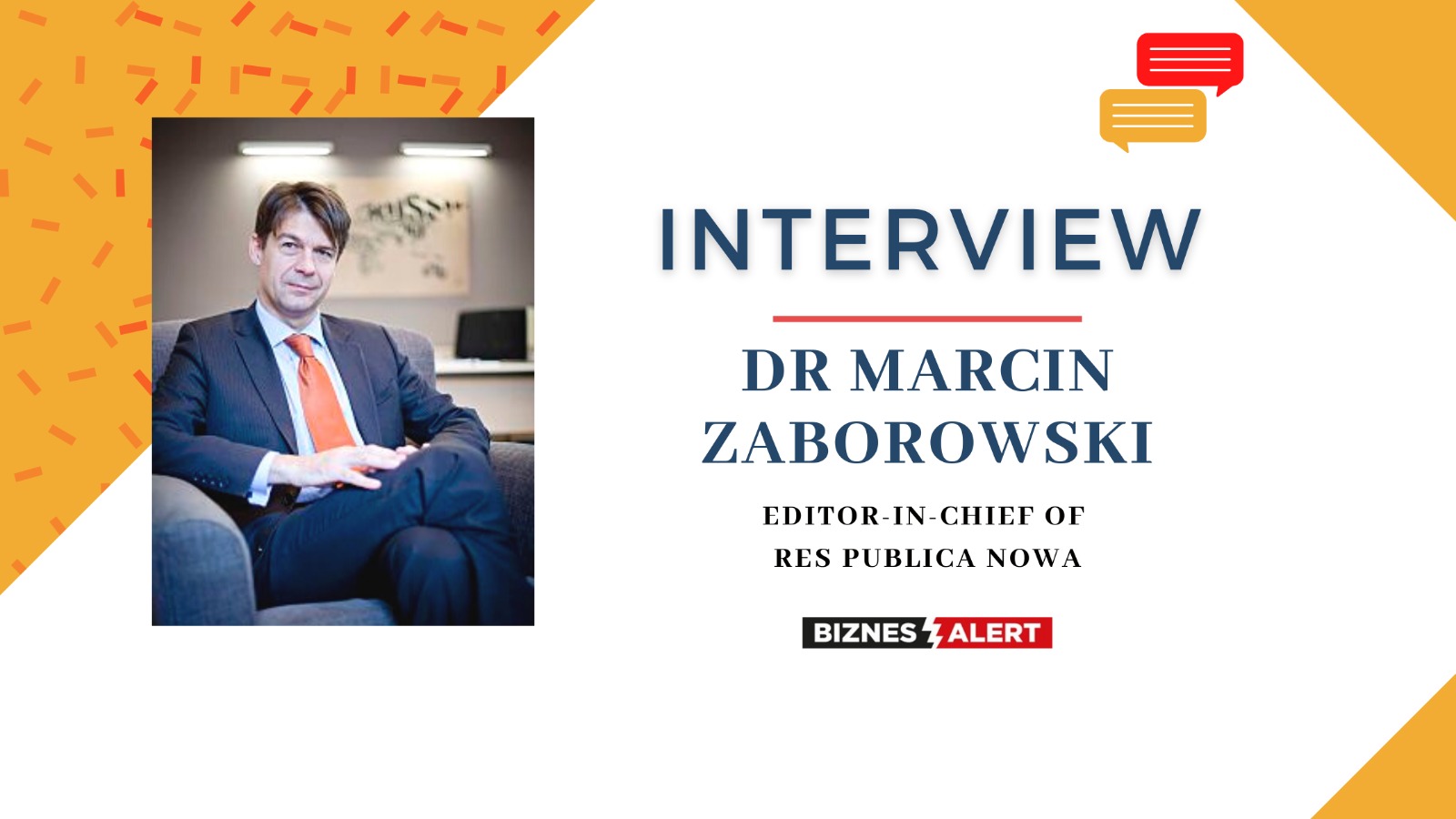 During his first year in office, Joe Biden will push for an energy transition, but if there is no political consensus on the matter, the administration will take the middle road, which roughly means maintaining the status quo – Marcin Zaborowski, PhD, editor in chief of Res Publica Nowa, says in an interview with BiznesAlert.pl. “Biden is a huge supporter of energy independence of Central European states, because he understands how Russia uses energy-related tools in its foreign policy and what role they play,” he adds.

BiznesAlert.pl How will America’s energy policy change under Joe Biden? The leaks about appointments related to energy matters suggest it will be a very eco-friendly administration.

Marcin Zaborowski, PhD. An ambitious climate plan was one of Joe Biden’s most important ideas during the election campaign. That plan is equally ambitious and expensive. Some of its elements may be difficult to implement, while others may be simply too expensive. However, in general the 10-year climate plan, which is to cost almost two trillion dollars, definitely points to a direction in which Biden’s administration wants to go. It will be very difficult to achieve those goals, mostly because the social consensus on America’s energy transition is underwhelming. The Republican Party is rather conservative about this issue. For instance, Republicans are all for continuing the development of oil pipelines, whereas the Biden administration wants to replace those investments with renewable and nuclear energy. A lot will depend on the political consensus, because the Senate may remain under Republican control. There will be Senate election in Georgia in January and if a Democrat wins, the higher chamber will be equally split between the two parties. But even if that is the case, Republicans will still have a strong position in the Senate.

When it comes to the appointments to Biden’s White House, one of the names on the market is Jennifer Granaholm who is for an energy transition based on a deep change in the approach to fossil fuels and green technologies. When she was the governor of Michigan she became famous for an aid program to car companies, which tied the aid with their engagement in acquiring power from renewable sources and investments in energy storage. So, if she is appointed as the energy secretary, she will try to transfer her experience to the national level. This candidacy fits into Biden’s 2050 big transition and environment plan. It is said that one of Biden’s first decisions will be to return to the Paris agreement, and withdraw from investments in the national park in the Arctic region. This can be done very quickly through executive orders. Those decisions will have a big impact on the president’s image The president himself can make those decisions. Problems will arise in places where a policial consensus in the Congress will be necessary.

The United States has become an oil and gas exporter. Will Biden’s new fossil fuel policy impact the relations with countries that base their budgets on energy resources, such as Russia or Saudi Arabia?

That change won’t influence those relations right away. Biden is not very progressive when it comes to climate-related issues. This progressive streak appeared during the election campaign and will be definitely highlighted at the beginning of Biden’s term. This is why he decided to return to the Paris agreement, that’s why he is making such far-reaching declarations, and proposing such appointments. However, we don’t know how far these changes will go. For instance, e-mobility is not some controversial agenda for the society. However, if those decisions impact the tycoons that produce and export oil and gas, and which invested billions, they will use their representatives in the Congress not only among Republicans, but also among Democrats. This is why consensus with those large companies is also important, because without it Biden’s ambitious plan will fail. I think that during his first year in office, Joe Biden will push for an energy transition, but if there is no political consensus on the matter, the administration will take the middle road, which roughly means maintaining the status quo.

Can the changes in America’s energy policy impact the energy cooperation with Poland with regard to LNG or nuclear power?

In my opinion no. I do not see a lot of room to change this policy. The Biden administration will perceive LNG export to Poland as a way to ensure Transatlantic security and an important part of foreign policy. Biden is very principled about these matters. He is a huge supporter of energy independence of Central European states, because he understands how Russia uses energy-related tools in its foreign policy and what role they play. Apart from that, large energy companies from the U.S. have noticed that our region has a huge potential when it comes to doing business. The technical capacity of the import of gas is being expanded and there is political will. Americans believe this is business. The same applies to nuclear power, the new president should not be bad news, because even the most progressive transition plans in the USA include the development and large participation of nuclear power in the energy mix. If this does happen, as a customer of the American technology we will have access to state-of-the-art technological solutions. I am very confident about this and I don’t see any threats.