Blood-soaked PVs from a labor camp 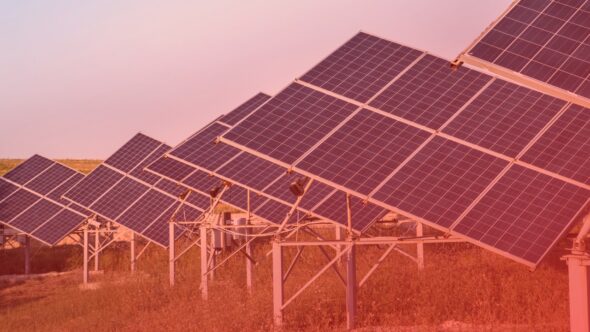 Solar panels are marketed as a clean energy source. However, more often than not they are manufactured with materials from China, which were collected by members of the persecuted Uyghur minority imprisoned in labor camps – writes Wojciech Jakóbik, editor-in-chief at BiznesAlert.pl.

A bit of a panel from a labor camp

The dark side of the green revolution in the energy sector is not just about the issues with recycling, a problem we wrote about numerous times on BiznesAlert.pl, but also about the controversial origin of resources. It is worth taking a closer look at one of those cases – forced labor camps in Xinjiang. Two factories that produce polysilicon, a material necessary for solar panel production, are located in the Gobi desert close to Urumchi, the capital city of the region. The area is inhabited by the Uyghur minority, Chinese Muslims that are being persecuted in the Middle Kingdom. It has about 11 million people and is located in north-eastern China by the border with Kazakhstan. The United Nations has warned that the persecution of Uyghurs, which was intensified after the 2010 terrorist attacks of which the communists accused the minority, has by now led to the imprisonment of a million Uyghurs in camps.

BloombergNEF’s forecast says that for the PV sector to grow by 185 GW across the world, polysilicon will be necessary, 80 percent of which will come from Xinjiang. Interestingly, four factories where the silicone is produced are powered by coal-fueled power plants, and Ürümqi as well as other nearby cities have the worst air quality in all of China. The state controls the extraction of polysilicon in Xinjiang. Journalists and experts have been reporting about the Uyghurs being forced to work, but access to those facilities is restricted. Officially the labor camps in China are reeducation centers, where physical and sexual abuse, as well as torture take place, which has been confirmed by many sources, including the BBC. One of the goals of the reeducation is to wipe out the Uyghurs’ cultural and religious identity. At the same time the surveillance is permanent to a degree that is difficult to imagine, for instance state officials temporarily move in with Uyghur families to keep an eye on whether they are following the right lifestyle. Cases of forced sterilization have been also reported on.

The West will not get hooked suddenly

In March 2021 the US, Great Britain, the European Union and Canada introduced sanctions against China for human rights violations. Americans blocked the import of cotton and tomatoes, but one should take into account the possibility that one day the import of the silicone needed to manufacture solar panels will be banned as well. Due to the persecution of the Uyghurs, companies are joining the initiative of trade organizations with a goal to make the solar panels supply chain independent of sources where forced labor is used. The American solar energy sector has unveiled the Supply Chain Traceability Protocol. The Chinese are claiming they will start developing polysilicon production outside of Xinjiang, but there are doubts about the credibility of such assertions, because in an undemocratic country one can hide information about the real origin of individual products.

According to the Center for Strategic and International Studies (CSIS), limiting polysilicon supply from Xinjiang may slow down the growth of the PV sector, while making the resource available from other sources in the US or South Korea could take a few years. However, the CSIS also argues that any initiative to stop the flow of blood-soaked resources for solar panels from China would have to be launched by the US in cooperation with partners in Germany, Japan, Australia and South Korea, because Americans have only about 12 percent of this market, while China owns 39 percent. Another challenge is posed by the fact that it is difficult to actually trace the true origin of the material, and companies themselves do not have the tools to do this. So the CSIS’s proposal is to build domestic polysilicon factories, which according to BloombergNEF would cost USD 15 million per 1000 tons of yearly capacity. An average factory produces tens of thousands of tons of the material. Such facilities could be built in the US, but also in other places around the world, where human rights are respected. The European Union has a significant capacity for producing polysilicon, for instance by the German company called Wacker Polysilicion AG. In 2020 the production of solar panels across the world was worth EUR 57.8 billion, out of which the EU was responsible for EUR 7.4 billion, which is 12.8 percent. However, many companies that used to produce polysilicon in Europe went bust, when in 2012 the tariffs on components for solar panels from China had been lifted. The Chinese offered a better price, just like in other sectors. This is possible thanks to the support the state offers to polysilicon producers, many of whom operate on the territory where the Uyghurs are persecuted.

As long as the West doesn’t find a solution that will free it from production in China, where forced labor is used, the majority of PV panels will have a fraction of a material that may have been produced in labor camps. The coronavirus pandemic has made the dependency on the supply chain from China more noticeable. It turns out that the goal to become independent of it has not just a political and economic justification, but also a moral one.

PGE and KGHM together wish to reach for the energy from the Sun
Energy
The Polska Grupa Energetyczna (PGE) and KGHM, during a press conference at the 29th Economic Forum in Krynica, have signed a letter of intent […]
More