Bonikowska: The society must prepare for an energy pandemic (INTERVIEW) 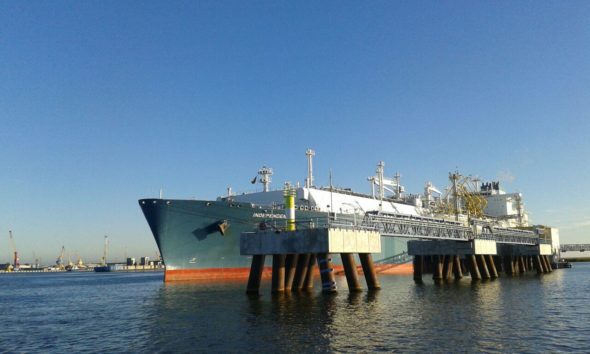 As a society we need to consider on our own what we are willing to give up for the greater good, which is stopping Russia. This is now crucial – says Małgorzata Bonikowska, President of the Center for International Relations in an interview with BiznesAlert.pl.

BiznesAlert.pl: What direction will new Western sanctions against Russia take?

Małgorzata Bonikowska: Currently, the main goal of the West in imposing restrictions on Russia is to cut it off from budget revenues, so that it cannot wage war. Russia is profiting enormously from the sale of hydrocarbons, and as long as those profits continue to flow, the Kremlin will have money to finance this aggression. The West is now looking for appropriate methods to reduce these sources of income, because over the past two decades it has become one of Russia’s main customers for energy resources.

We must be clear: the European Union is dependent on the supply of raw materials from Russia. That’s where about 45 percent of our gas, 45 percent of our coal and about 35 percent of our oil come. Some EU countries are more dependent on these supplies than others. Germany, for example, cannot cut itself off from Russian gas overnight. Even Poland, despite the consistent introduction of diversification of gas and oil supplies for years, still buys from the Russians, because the gas contract has not expired yet.

The key challenge for the Union is to determine which of the new sanctions can hit Russia the fastest and inflict the most pain. At the same time, the West must protect itself from circumventing these sanctions, that is, prepare solutions that will allow dealing a blow to countries that want to help Russia, or take advantage of the situation and enter the space abandoned by Europeans and Americans.

Some countries of the European Union support energy sanctions, but others are opposed, explaining away this dependence on Russia and the risks to the European economy. Will a compromise be reached on this matter?

The West is determined to impose sanctions. However, we differ in our assessment of their speed and scale. It is also necessary to ask ourselves how long we ourselves will be able to endure this difficult period. Are we willing to pay more for raw materials? Reducing the supply of gas, oil and coal from Russia means a shortage of these raw materials and, therefore, a rise in prices, everything will be expensive. How will Europeans react to this? How much can they withstand and sacrifice their comfortable lives to stop the war and put an end to the killing in Ukraine. In some countries in Africa or Asia, interruptions in electricity or gas supply are a daily occurrence. This has never happened in Europe before. We’re used to having electricity 24 hours a day, seven days a week. Each of us must answer the question whether they are able to sacrifice this, to give up the “air conditioner”, as the Italian prime minister Mario Draghi put it.

Awareness, education of the society is key. It was the same during the pandemic. At that time, we also agreed to certain measures that restricted our freedom in the name of the higher goal of stopping the virus. We wore masks, quarantined and tested for covid, restricted contact, and even accepted lockdowns. It is possible that in the case of Russia, similar temporary measures are needed as well. The war in Ukraine is such a new pandemic, the only difference is that is not about health, but about energy.

It is also a question for European businesses, whether they are willing to accept the huge costs of interruptions to energy supply or to reduce consumption. In the face of the pictures from Bucha, what Russia is doing in Ukraine, the choice seems obvious in the moral sphere, but in practice it is a huge challenge.

If we reduce supply rather than reduce energy demand, we will have a lot of problems for a while. The situation will return to normal when we build the right infrastructure to bring gas from outside Russia, but this takes time. It is easier to introduce alternative supplies of oil and coal, but this also will not happen overnight. Therefore, some EU countries do not agree on the embargo on fuels.

But the West is not the entire world. Russia is looking for alternatives in China, India…

China is balancing. At the beginning of the war, Beijing probably did not mind Russia subjugating Ukraine. However, this was to be done quickly and painlessly for the world economy. This did not happen, and the protracted war, in turn, destabilized the entire supply chain of Chinese goods to Europe, blocking the new Silk Road. And this irritates the government in Beijing.

The second negative aspect for China is the unification of the West and the collective action of Europe and America. Russia and China hoped that the West would remain divided, that there would be no firm response, and that Ukraine would be left alone. That’s not what happened. The West responded with strong sanctions, and Ukraine continues to receive support. This is also a signal to China – that a similar thing could happen if it wanted to ‘solve’ the Taiwan issue in a similar way. At the same time, Beijing does not want Russia to fall, because it needs to counterbalance the West. A Russia that is weaker and in conflict with Europe and America is diverting attention from certain problems that China might cause. For example, in the South China Sea or in Central Asia. And this is crucial for Beijing. At the same time, the Chinese will help Russia only to the extent that they themselves will not begin to lose in relations with the West. They do not want Europe and America to turn away from globalisation and withdraw production from Asia.