Bukowski: Poland has spent too much on civilian purposes and can no longer afford it (INTERVIEW) 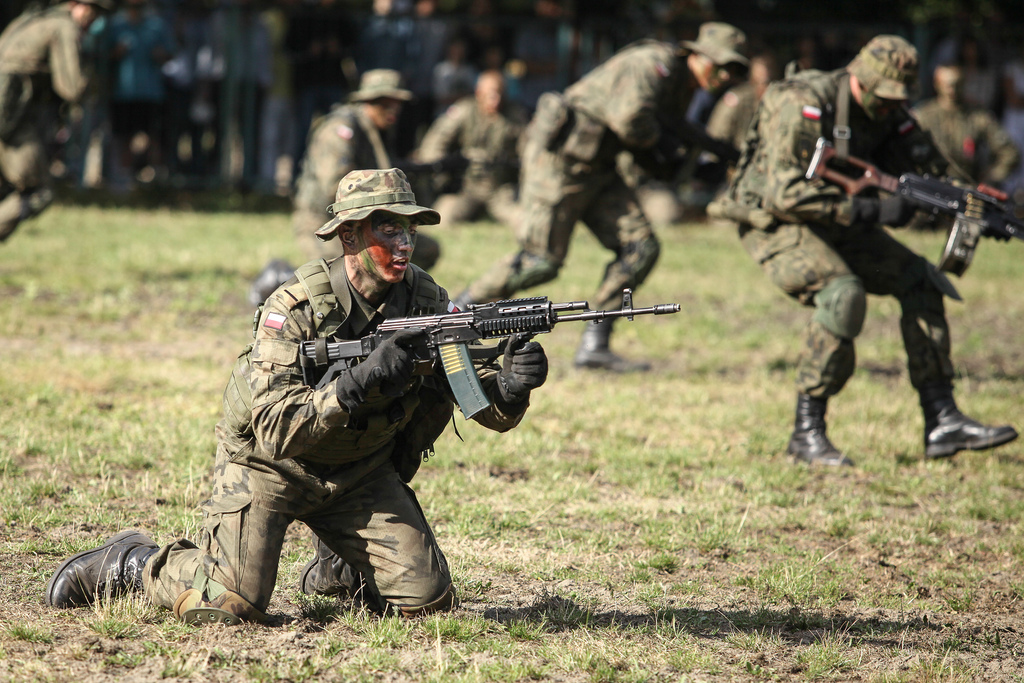 In the last few decades, all governments, including the current one, have been more willing to spend on civilian purposes: tax cuts, social protection or road investments, than on defense. In a situation of a rather high threat from Russia, which has openly ceased to respect the sovereignty of its neighbors, we can no longer afford this – said Maciej Bukowski, President of WiseEuropa in an interview with BiznesAlert.pl.

BiznesAlert.pl: Given the current situation – the energy crisis and high inflation, why is Poland investing so much in buying arms?

Maciej Bukowski: There are two main reasons. The first is that we haven’t done that in the last 30 years. Modernization efforts of the army were spotty. From time to time we bought small quantities of weapons: used Leopards, fighter jets in small numbers – first F16, then F35, for which there is no equipment; some modern howitzers, but only a dozen, or a couple dozens pieces. All the necessary defense systems were planned by the military, but they were implemented only in fragments. The budget of the Ministry of National Defense was never sufficient, but even if there was enough money, the investments moved very slowly. It can be said that the funds were squirreled away. Only when there was a real threat from Russia, did we start to buy weapons, especially since part of what we had, and this is an important part, we handed over to Ukraine.

The leader of Law and Justice particularly is pushing for increasing military spending. Is this a response to a real threat or a game before the election?

As always in politics there is an electoral element. In the past few decades, all governments, including the current one, have been more willing to spend on civilian goals: tax cuts, social protection or road investments, than on defense. However, in a situation of a rather high threat from the Russian side, which has openly ceased to respect the sovereignty of its neighbors, we can no longer afford this. Especially since there is a possibility that the Americans, who are the main military force behind NATO, will not be able to help us in the future as they are today. To justify Kaczyński (leader of Law and Justice – ed.) and other politicians, we can say that we are not the only ones who are wise after the event. Germany has started to significantly increase its spending, and so have other Central European countries, making up for the long times of peace when they, similarly to us, did not invest in defense.

Can we afford to do this without money from the National Recovery Plan (NRP) and other funds from the EU?

Public spending needs to be looked at in its entirety. At about the same time, politicians announced many ambitious projects involving very large public expenditures. These include the Solidarity Transport Hub (CPK) project, which includes a large railway component, which was to be based primarily on European funds. Ambitious investment plans also include the Clean Air program, urban rail and high-speed internet infrastructure. All of this is covered either in the National Recovery Plan or in the EU’s cohesion policy. If these funds are not there, it will be a big question whether we can afford to implement these projects at all. If they were to continue, EU funds would have to be replaced by the budget, and this means competition with other state tasks. In addition, the government has announced more ambitious projects with the nuclear program on top of the list. Years ago, it was assumed that the construction of a nuclear power plant would be handled by energy companies. It turned out that they could not afford it, so the state treasury took over a special company from PGE, which – in order to build the first nuclear power plant in Poland – would have to be recapitalized. The money for this capital will have to be paid, in part or in whole, by the government. The current macroeconomic situation, where the cost of public debt is high, makes a tax increase more likely.

Is it possible to give up something else?

We might have to. We have the CPK, which, including railways, roads and the airport, may cost up to PLN 100 billion; the nuclear program, which, depending on the number of units, will gobble up around PLN 200-300 billion; ambitious plans for smog and building insulation costing several tens of billions of zlotys, and thirdly – weapons worth PLN 600 or 700 billion, and all this should be spent in the next 10-15 years. This means that every year we have to spend about 2-3 percent of GDP on all these investments. This cannot be done with debt, because we would have to increase it by several tens percent of GDP or conduct a fully balanced budget in other areas. So we will have to either abandon them – in part or in full, or postpone them to a more distant date, or finance them with more taxes or restrictions in other sectors. In part – especially with nuclear power and CPK – private funds can help, but it will not be the dominant component. However, regardless of the financing structure, national accounting says that increased investment pushes out consumer spending, private or public. If we want to invest in railways, energy, home insulation and at the same time arm ourselves to the teeth, then we need to limit a little our consumption. This is the same situation as in the case of repairing a house or an apartment – if we want to have funds for this, we will save on daily needs, even if we take a loan that we have to pay for. That is why European funds are so important, including NRP, because in their case we will have to pay back only a third or a fourth.

Would such a tax increase have to be high?

One example is the nuclear project. To finance it entirely from public capital, it would be necessary to introduce an additional charge for electricity in the amount of 10 cents for each KWh. That would give us about 17 billion per year, which in 12-13 years would translate into the necessary PLN 200 billion. To finance the arms program, it would be necessary to standardize VAT – that is, to introduce a single rate for all goods and services – at the level of approx. 23-24 percent, or raise the base rate from 23 percent to 25-27 percent. The CPK Program and Clean Air investments are supposed to be based on EU funds, but if not, then again it is necessary to look for tax measures, for example, in increased excise duties on alcohol, gasoline or cars. If we did not want to raise taxes, we would have to reduce public transfers, e.g. give up the 500+ program, maternity grants, and the 13th, 14th and 15th pensions, etc.

At what stage are we in the implementation of our military plans?

The government has already announced partners for the arms component. In most programs, for example armored troops, artillery or air defense, we know who will be the partner. The government is very quick to settle this, betting mainly on the US and South Korea. We are at the stage of negotiating the details and execution of orders. Physically, we will have to spend 50-70 billion a year on this in order to close the whole project in 10 or 12 years. At the same time, more equipment will entail permanent expenses, i.e. expenses for maintenance, storage, ammunition and repairs, etc. This means that even after the end of the investment program, we will spend on the army 3 percent rather than 2 percent of GDP per year, which also speaks for an increase in taxes because it is a permanent expenditure that is difficult to finance with debt.

The Koreans have to deliver a huge order for Poland. More is coming from other countries. Isn’t that too much for Poland?

Without a doubt, we can finance these expenses if – as I said – we limit ourselves in other areas. However, one can wonder whether such large amounts of equipment will correspond to the personnel capabilities of our army. The declarations made by politicians about increasing its numbers are not very consistent with our demographic capabilities. I do not know how to interpret this, but it is possible that we are buying these weapons not only for us.

In a sense for Ukraine. In case there is another “W” situation in our neighborhood, we will help with equipment and maybe even with people – especially if this situation concerns NATO countries. The difference is that we will no longer have tanks inherited from the Warsaw Pact. A good example is a few hundred pieces of advanced artillery, or tank purchases, which the government announced. When they are delivered, Poland will become – on a European scale – an artillery and armored powerhouse. Such a large scale is better understood if we assume that this equipment is needed to fulfill our allied obligations to the Baltic states, and at the same time prepares us for the possibility of another war in Ukraine. We do not buy this directly for our NATO allies and our eastern neighbor, but probably the government has come to the conclusion that in the event of another Russian aggression, we must be much better prepared not only for indirect, but also direct defense of our neighbors, even in a situation when the United States is, for example, involved in Asia. This in itself will significantly reduce the likelihood of such a conflict, especially since our other allies – Germans, Finns or Swedes are going in a similar direction. Together we will be safe, although we will feel the cost of this security in our wallets, as well as the cost of energy security (nuclear project), transport security (railways and CPK) or health security (fight against smog).

Marszałkowski: Poland needs a Navy to defend its nuclear power plant (ANALYSIS)
Energy Nuclear SECURITY
Is the future nuclear power plant in Choczewo sufficiently protected against potential military threats? It seems that the most optimal and […]
More