Buzek: By striving for climate neutrality, we want to set an example to the entire world (INTERVIEW) 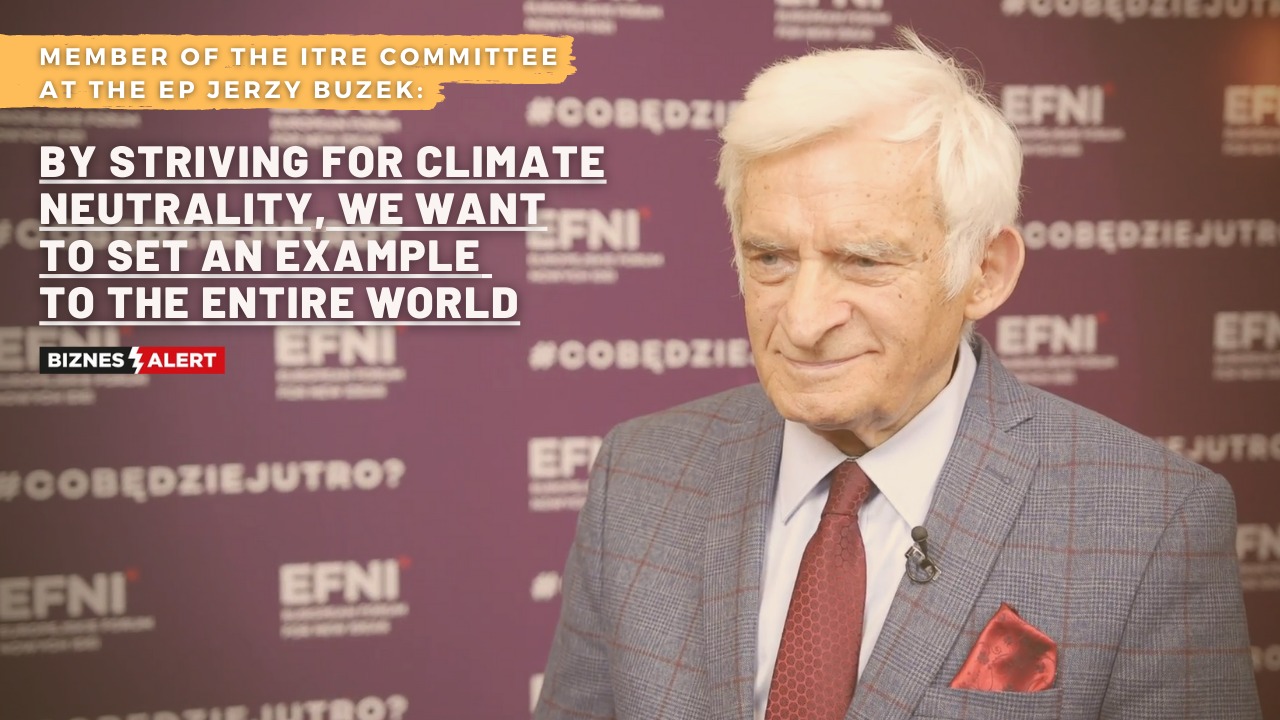 We think not only about ourselves, about the next five or seven years, but actually about the prospects for the next generations. We want to set an example for the entire world. We will not save the planet with our 7 percent of emissions, but we will show that it can be done – says professor Jerzy Buzek, former prime minister and current Member of the European Parliament, in an interview with BiznesAlert.pl.

BiznesAlert.pl: It seems that in Poland the European Green Deal is perceived as if it suddenly appeared out of nowhere. However, looking from the perspective of the 90s it was evident that the European Union had a specific objective to change the energy and emissions intensity of the economy. How has this evolution progressed in climate policy?

Jerzy Buzek: When I was in charge of the Polish government, as part of this trend we extinguished 23 mines in just 2-3 years, basically without a single strike. People understood that. This is the end of an era where only coal was important. Not only that, we signed a contract with the prime ministers of Norway and Denmark for the supply of gas from these countries to our homeland. However, subsequent governments, especially the first left-wing one, did not continue the reform of mining at all. This process should have been continued for many years. Things started to go well, so we stopped caring. The gas contract was cancelled. Since 2007, we could have had access to competitively priced gas from another direction and not be dependent only on Gazprom. These are completely incomprehensible decisions, as was the decision 10-12 years ago to build a nuclear power plant and to set up a special company to build it. This company hasn’t left any trace. Six years ago, the distance act caused the entire wind financing system to collapse. Private wind energy, just like PV and prosumer power generation today, found itself at risk of a completely new type of contracts, that had not been on the table before. All of these actions defy common sense.

Given the rising energy and gas prices, which we are now witnessing, both Polish and European politicians have suggested that perhaps it would be worth rethinking the pace of the transition to climate neutrality. Some claim that the pursuit of neutrality will unleash populist forces.

I agree that the measures we are taking can liberate such protest movements, because it will cost a lot. We think not only about ourselves, about the next five or seven years, but actually about the prospects for the next generations. We want to set an example for the entire world. We’re not going to save the planet with our seven percent emissions, but we’re going to show that we can do it. We will show that you can continue to develop, that you can have digitization and new technologies that have not been there before. We already have these technologies.

You mentioned that during your term as prime minister, there was already such a preliminary transition in Silesia. Some of the mines, the most inefficient ones, were closed, but there are still a lot of mines operating. According to the government’s plan, they will be closed by 2049. Do you think this is a realistic plan in the context of how the energy sector is changing in Europe?

This is an abstract program, because in 2040, already in 20 years there won’t be any people left who will want to work in mining. Early retirement is available, many people will collect their severance payments, just like it was 20 years ago. There was actually a queue of miners who didn’t want to work in mining back then. This may also be the case in Silesia, but you have to have the courage to say it and negotiate it with people. I’m not worried about reactions if this is a serious conversation. I understand the government has lost the trust of the miners. Not long ago it was said that we have enough coal for another 200 years, that it is the driving force behind the Polish economy. Those statements were completely irresponsible. Now all of a sudden the government has to say we have to get out of mining because it’s not paying off. 30-40 years ago, Western Europe was phasing out coal and doing well, without subsidies from the EU budget. There was no Just Transition Fund. They did what pays off.

Winter package will determine the future of Polish economy
Climate Policy Energy Environment Winter Package
On 11 May, the lower chamber of the Polish Parliament – the Sejm, adopted a resolution, which said the proposals made by the European […]
More