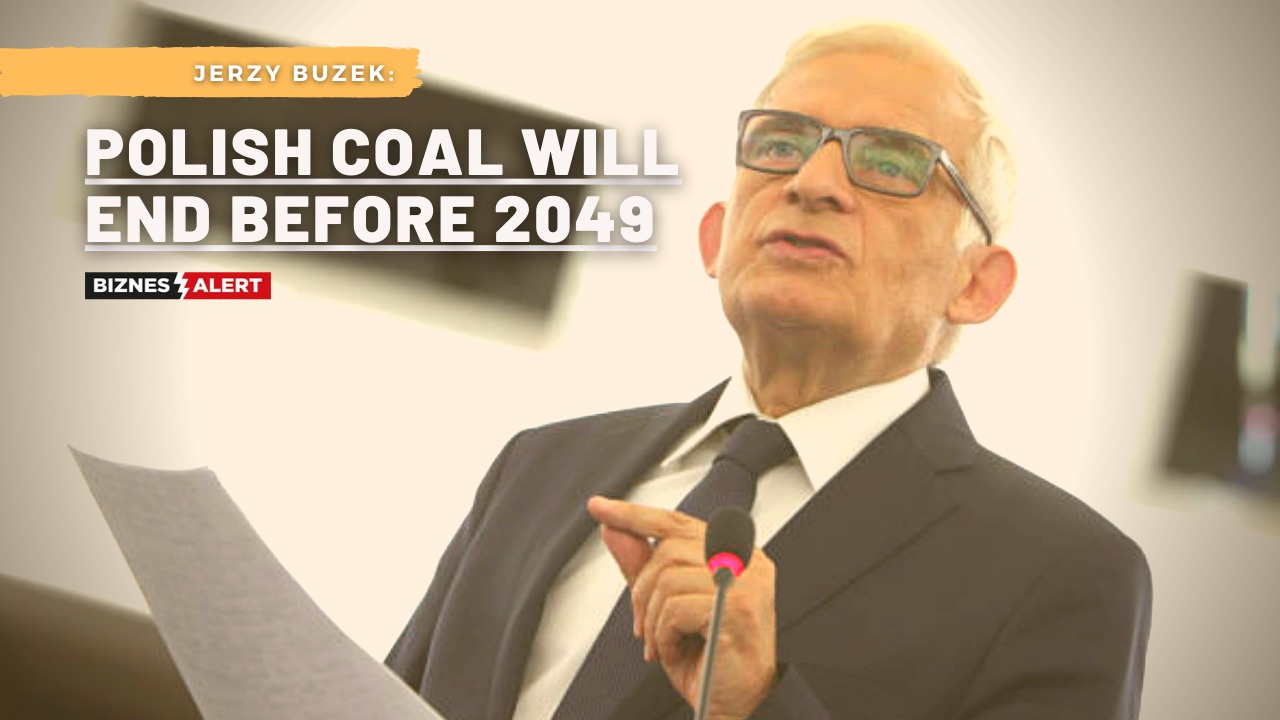 The social agreement between the government and miners says that coal extraction at Polska Grupa Górnicza will take place until 2049. “The deposits of Polish coal that can be rationally extracted from the point of view of miners’ safety and costs will end a lot sooner!,” – Jerzy Buzek, former prime minister and current MEP, warns.

BiznesAlert.pl: To what degree and for how long should coal be subsidized, e.g. through the National Agency for Energy Security?

Jerzy Buzek: From the point of view of the economy or the functioning of the common energy market in the European Union, it would be best if no energy source, including coal, was subsidized. This always undermines competitiveness and increases costs, and in the end we – the consumers and taxpayers – foot the bill. I talk about this whenever the European Parliament returns to the discussion on stopping direct and indirect subsidies for fossil fuels – most recently during the vote on the European Climate Law. Just to remind – the majority of the EP supported the regulation to withdraw subsidies of this kind as soon as possible, and by 2025 at the latest. If we add to that the fact that by 2030 at least 20 out of the 27 EU states will completely phase out coal, and in 2035 the first member state – Finland – is to achieve climate neutrality, it gives us a picture of where Poland is stuck when it comes to its obstinacy about continuing thermal coal extraction until 2049.

In your opinion, where does this situate Poland in Europe?

We are so far on the losing end, I am afraid that others will soon stop looking back at us. For instance, I think about the specific support worth tens of billions that we receive from the European Union, and on which we are also counting in the coming yeas, e.g., as part of the Just Transition Fund or the Modernization Fund in the EU ETS. In both of those schemes Poland is the country that stands a chance at becoming the biggest beneficiary, a fact some would rather forget. I am very happy about this, I pursued this relentlessly myself, but considering the position of Poland’s current government, it will be very difficult to achieve similar success in the future. One cannot ask for EU money for energy transition and then spend it to maintain the status quo.

It’s one thing that it has little to do with ambition. The key issue is that it looks like it is completely removed from reality – the deposits of Polish coal that can be rationally extracted from the point of view of miners’ safety and costs will end a lot sooner! At the same time it is worth stressing that the resource we have is often a lot more expensive and has worse quality than the one imported in droves from abroad, especially from Russia. The Polish coal is sitting on mounds at record amounts, and the entire sector generates losses to the tune of billions. Even the catchy argument about protecting jobs does not stand in the face of reality: in the current retirement system, miners work about 25 years. So, if someone started to work at a mine tomorrow, they would retire in 2046, and if they started, e.g. 5 years ago, they will quit around 2040. What does it have to do with 2049?

Will there be other social contracts after this one?

I have a problem with calling this contract, which was initialled on the 28th of April, a “social agreement”. I am not even talking about the fact that in reality this is just a draft that will be signed only after the affected trade union head offices approve it.

The basic problem is somewhere else – this agreement is at best a deal between the current government and coal trade unions. It is presented to the public opinion as a watershed event, some are claiming that this is an opportunity for a just transition in Silesia. I think that the only person that could believe this is someone who has never visited our country and doesn’t understand the scale of challenges. Miners have the right to have their expectations, especially that the current government has been misleading them and their families with various promises. The problem is that we cannot equate 80 thousand miners and the entire region, inhabited by 4.5 million people! If it was a real “social agreement”, it would have to seriously take into consideration the expectations of over 400 thousand people who work in the widely-understood mining and mining-related industry. Alas, this is neither an “agreement”, nor a “social” document. Someone is trying to make a fool out of us here.

How does one explain to other occupational groups the special treatment the coal and coal-fired power industries get?

It’s becoming increasingly more difficult, even at the regional level, which I’ve already mentioned. Additionally, contrary to some claims, the residents of Silesian towns are growing weary of coal. They don’t want new mines to be opened, they don’t want their houses to collapse due to mining damage, and they don’t want abandoned post-mining areas to make their town centers unsightly, they also don’t want their children and relatives to die because of smog. Let me remind that among the ten EU cities at the biggest risk of smog, three are located in the Silesia voivodship.

This need for an explanation is also becoming increasingly troublesome for at least two reasons. First, the disastrous state of mining as a sector, an issue we’ve already talked out: the plummeting work efficiency and coal demand, the soaring costs and import. When we combine all of these factors, it will turn out we have losses in the billions. Additionally, the argument that coal is the foundation of Poland’s energy independence and security has become less relevant as well. The second reason is EU’s bigger climate ambitions, supported by the Polish government. The goal to reduce CO2 emissions by 55 percent in the EU by 2030 will require a huge effort that will entail a transition not just in the mining industry, but in reality, in all areas of the economy – starting with the energy sector and industry, through transport and construction, and finally the agriculture.

The social agreement – I will use this name – once signed, will have to be notified to Brussels. Where will the European Commission draw the red line?

The Commission’s duty is to protect the enforcement of the EU law, and in its light it will be rather impossible to defend subsidizing coal in unprofitable mines for the next 30 years. So, the document being approved in its current form is, to put it mildly, very unlikely.

What should we do to make sure that during the transition we won’t overinvest in gas, and then end up with social agreements for the gas sector?

This is a very important issue, even if the structure and scale of this sector in Poland is a lot different than coal’s, and we import the majority of gas. This raw material may become a very important transition fuel, that’s certain. However, when planning investments in developing this infrastructure, we need to make sure that in the long run, it will be able to transmit green gases and hydrogen. We will kill two birds with one stone if we do this – on the one hand we will accelerate the transition of our heat and power industry, and on the other, we will avoid the lock in effect, i.e. the necessity to use the same technology we had selected. And that’s how we will avoid social agreements for the gas sector.

A just energy transition will be costly (REPORT)
Coal Energy
The capital of Belgium was the venue of the “Balancing Coal and Climate: What is a ‘just’ Energy transition?” conference organised by the […]
More