By resolution or by e-mail, it’s time to decide on the atom in Poland 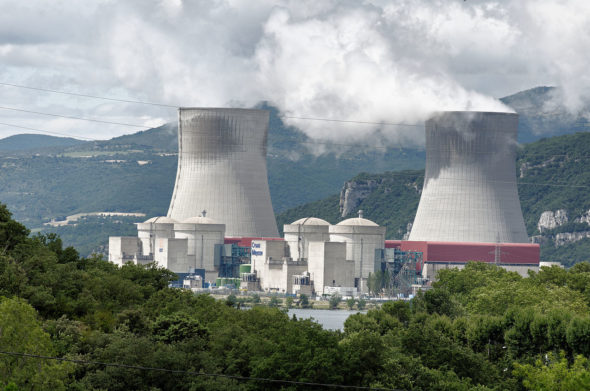 The draft agreement between Poland and the US on building an NPP has returned after comments, read: negotiations, to Americans and the final document will come back to Warsaw. Poles will choose one of three offers, and finally catch up with the historical backlog by developing nuclear power – writes Wojciech Jakóbik, editor-in-chief at BiznesAlert.pl.

“We’ve done our part,” Westinghouse CEO Patrick Fragman said of the Front End-Engineering Design study presented in July. “This report is a little more than a feasibility study, because it’s 3,000 pages long. It describes how the project will be implemented on site, the supply chain, how many people are needed to design and operate the project,” he explained. It is intended to cover all technical and financial terms. “It contains considerations on costs and funding, but the separate elements on this matter will be presented by the US government in the coming days,” the president of Westinghouse announced. The financing model and participation in the shares of the operator Polish Nuclear Power Plants is to depend on the decision of the Polish government after reviewing the US offer. “A lot of data is reaching the media, but only one cost-effectiveness study was carried out. This is our study,” said the Westinghouse CEO about the offers of competitors from France (EDF) and South Korea (KHNP).

Westinghouse has explained that the US government would play a significant role in financing the atom in Poland. It is for this reason that the offer of the government will be the subject of a decision by Poland. “We have a signal from the Polish side that there will be a continuation in our relations,” the CEO said about possible policy changes after the dismissal of the Government Plenipotentiary For Strategic Energy Infrastructure Piotr Naimski. He did not want to reveal whether he met with Naimski’s replacement Mateusz Berger, during his visit to Warsaw on 24 August. One can only speculate whether the document with the draft Poland-USA agreement has already returned from Washington to Warsaw after negotiations. This has been suggested by the US ambassador to Poland, Marek Brzeziński, who wrote in a post about the Bechtel (nuclear operator from the USA)-Westinghouse offer in the perfective aspect. “The Westinghouse and Bechtel project will serve as a foundation for further cooperation between the US and Poland in the nuclear energy sector and will help to implement new technologies when they become available. I sincerely believe that Poland will decide to use the advantage in the form of a partnership with the most trusted ally in the implementation of the best nuclear technology,” ambassador Brzeziński wrote.

There won’t be a tender, and instead, according to BiznesAlert.pl’s scoop the government wants to adopt a resolution, even though a word would be enough for Americans. At a meeting with Westinghouse I jokingly asked if an e-mail would suffice.

“We are in a process structured by these two governments. We had the opportunity to show the AP1000 to the European Commission, which considered it an advanced solution. I have never had any feedback from the Commission that it was concerned about the way we were presenting our offer here or elsewhere,” said the Westinghouse CEO when asked by BiznesAlert.pl about the formal way of decision-making in Poland. “We are fine with the decision being announced in any form,” he added.

The most important component of the American offer is the financing model, in which the American Eximbank may be involved. Westinghouse does not want to comment on this issue, because it does not want to be a shareholder of the Polish Nuclear Power Plants, which offer 49 percent of the shares to a foreign partner. This is where the Eximbank could step in. Previously, the bank was involved in projects in Brazil and Ukraine. Even though it is very likely that the American offer will be accepted, the negotiations won’t end. That’s when talks with Westinghouse on the terms for preparing the investment will take place. My interlocutors at this company argue that this period should be shortened as much as possible due to the “aggressive” deadline for the construction of the first block in 2033.

Americans routinely declare that they are the best and offer a solid political offset. The French have also initially promised financial commitment to the Polish atom, and can be helpful in games within the European Union. South Koreans promise technology transfer to Poland, and have experience in successful projects outside Europe. Perhaps Warsaw will appease its competitors by adding new megawatts to the Polish Nuclear Power Program. The most important thing, however, is to make a decision, whether by resolution or by email to end the thirty-year debate on a Polish nuclear program.

Korea knows that a nuclear power plant is just one piece of the puzzle
Energy Nuclear
Poland must create an entire nuclear energy system, and the power plant will be just the tip of the iceberg. Regardless of which country Poland will […]
More