Chernobyl on steroids in Poland or an election campaign in Germany? 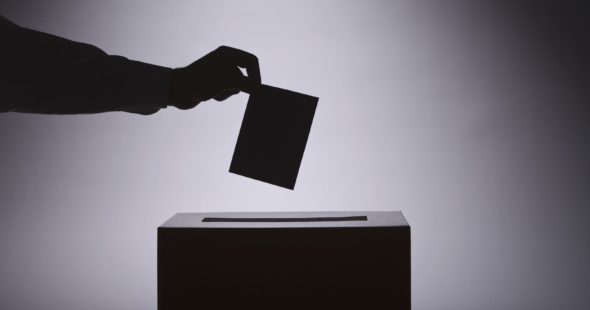 Research should be done by scientists, but when the Green party in Germany raises alarm over nuclear power in Poland something is up. What? For instance an election campaign in Germany. It should be expected that if the Greens enter the government they will help Poland torpedo Nord Stream 2, but they will also undermine nuclear energy. Nevertheless at this point there isn’t much to talk about, because Poles have not yet formally decided whether to go nuclear or not – Wojciech Jakóbik, editor in chief at BiznesAlert.pl, writes.

According to a report drafted for Germany’s Green party, seven million Europeans, including Poles, would be exposed to radiation equal to or higher than one milli-Sv. 860 thousand European residents would be at risk of exposure to 6 or more milli-Sv, which is a limit of radiation to which students between the ages of 16 and 18 can be exposed while working with radioactive materials.

The authors of the report state that that or higher amount of radiation would affect about 400 thousand people in Poland, 112 thousand Germans, 127 thousand Russians from Kallinningrad, Lithuanians and Estonians, 113 thousand Danes and Swedes and 53 thousand Czechs, Slovaks, Ukrainians and Belarussians. A yearly maximum dose of radiation for people who are exposed to radiation due to their profession and in cases of emergency occupational exposure for the public is 20 mSv. The authors of the study predict that around 150 thousand European residents would be exposed to radiation higher than that in case of a nuclear disaster described in the report.

The threat of another Chernobyl may be used in any part of the world to make people afraid of a nuclear power plant (NPP). However, thanks to the safety standards in new facilities, the last catastrophe we heard about was the one in Fukushima. It was caused by a 12-meter high tsunami wave, a phenomenon hardly expected in Poland. The report on a potential nuclear disaster in Europe, commissioned by the German Greens, warns about contamination and the necessity to resettle thousands of Europeans. The authors should take a closer look at the assumptions they made in their document, and I know they are already doing it.

It is not very likely that a disaster of Chernobyl proportions would happen at a Polish NPP, as the technology and safety standards in the Polish facility will be a lot better than the ones used by the Soviets. This is a given considering the technological development we have witnessed over the years and the standards required by the European Union. In the report, the scientists used data on weather patterns from 2017-2020 and upon analyzing them concluded that a radioactive cloud from Poland would reach Germany (obviously). Up till now radioactive clouds were one of the scaremongering tactics used by Russian media, which enjoy writing about such clouds coming from Ukraine, or about secret iodine purchases made by European governments, as well as other legends that are then regurgitated by some western journalists.

Word on the street is that the report prepared for the Greens has already become a laughing stock among nuclear experts. The scale of the disaster it presents is not taken into consideration even by the International Atomic Energy Agency, because it is bigger than accidents in Chernobyl and Fukushima. In order to match the prediction made in the report, the Polish reactor would have to have a huge capacity, e.g. 1650 MW like the EPR reactor in France. Additionally, it would be best if it was built a few hundred meters above the ground and if the wind only blew west, i.e. in line with the weather forecast taken into consideration by the authors of the report. However, every kid in high-school knows that Poland is dominated by western winds (i.e. winds that originate to the west of the country), because of the pressure system with a permanent high-pressure pattern in the Baltic, the lack of a mountain range that would split Poland longitudinally, and the low pressure patterns in the East European Plain, as well as the flat landscape of the country. By the way, these weather conditions are used as arguments supporting the development of offshore wind power in the Polish waters of the Baltic.

A lot of fuss over nothing

It is worth considering the context in which the report was published. The fall parliamentary election is coming, which means German conservatives will have to again steal “green” platforms to undermine the result of the party that commissioned the controversial report. An attack on nuclear power in Poland is a great way to attract huge media attention during the campaign. However, the Greens’ ability to impact the Polish plans is limited, which is evidenced by the conclusions they themselves made from the report. They are mostly calling on making sure that the facilities in Poland are held up to the highest standards. However, the biggest enemy of the Polish project is not a German report, but the lack of decisiveness in Poland, which is still mainly talking about atomic energy, but has not been able to start a single project for over a decade. Poles are still deliberating about the financial model, in which Americans could participate, so for now the German Greens can rest easy and build political capital on questionable reports.

Lack of decision about the nuclear energy is also a decision
Energy Nuclear
Polish nuclear energy lost to local elections. The government probably wants to stop the front of the political struggle for it, which is why it […]
More

Polish atom like K2 in winter. Impregnable?
Energy Nuclear
Nuclear energy is to be, according to the Ministry of Energy, one of the ways to reduce the emission intensity of the Polish power industry and save […]
More