China, not Russia, will determine the future of the energy crisis 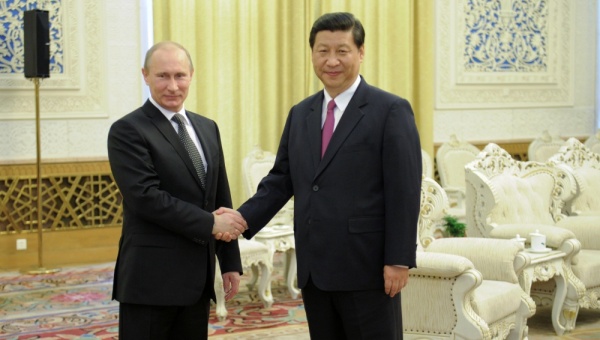 The economy of the Middle Kingdom may determine the future of the energy crisis. Russia is losing the initiative in this area – writes Wojciech Jakóbik, editor-in-chief at BiznesAlert.pl.

Another black swan in China

China is re-opening its borders, so fuel demand is expected to go up. The country’s coronavirus fight is moving into a new phase with fewer restrictions and the possibility of foreign travel, which will be especially popular on Chinese New Year, when – as in the pandemic 2020 – Chinese en masse travel to visit relatives for the holiday. Heavier traffic on the roads and in the sky may increase the consumption of oil and petroleum products, which will put more pressure on prices and decrease fuel availability on the market. This rebound in China may also have implications for the liquefied gas market. If demand returns to pre-pandemic levels and Europe sees further declines on the TTF, LNG contracts in Asia could again become more attractive than European ones, triggering a pullback from Europe, reducing supply and increasing pressure for new price hikes. The black swan in China is the progress of the fight against the coronavirus pandemic and the health of the economy. It is unclear whether loosening the restrictions will be enough to overcome Chinese fears of a global recession signaled by the International Monetary Fund. If it turns out that despite the free movement of people and capital, the coronavirus is not giving up or the economy is not recovering, demand for oil, petroleum products and gas in China will not grow quickly and prices will not rebound from the current declines. This will be bad news, because it may mean a recession, but the consolation will be that it will lower commodity prices, reducing the impact of the energy crisis on Western economies, including Poland.

Brent crude is now at USD 79 a barrel, down more than USD 7 since the start of the year. This was a drop of more than eight percent, the highest since 2016, when the oil crisis was raging. The price of gas on the TTF Stock Exchange in the Netherlands is the lowest since the beginning of 2022, before the Russian invasion of Ukraine, going below EUR 70 per megawatt hour. The future of these prices will depend largely on demand in China, and increasingly less on the policy of the Kremlin, which wanted to blackmail the world with an energy crisis in 2022, but its plans were thwarted by a warm winter and Europeans phasing out fossil fuels from Russia. The Russians have fueled the energy crisis since the summer of 2021, limiting the supply of gas in Europe. They can limit it further by stopping supplies through Ukraine or Turkey in 2023, but the Europeans have already responded by introducing a maximum price for gas on the TTF exchange of EUR 180 per megawatt hour. If Russia tries to blow up the gas market again, Europe will become independent of Moscow. The price cap on Russian oil works similarly. If the Kremlin wants to keep on earning petrodollars from selling barrels to the West, it must sell at a price of up to USD 60 per barrel set by the G7, Australia and the European Union. The limit will be periodically revised to 5 percent below market value, and if the Kremlin decides to turn off the tap, it will put at risk its own fiscal stability in 2023, as it may exhaust the petrodollar-fueled Russian National Wealth Fund.

The energy crisis will continue

The Russians are losing the initiative in the energy crisis on the supply side, and its fate may depend more on what will happen in China and the prospect of a global recession. The worst-case scenario would be a combined impact of limited supply of oil and gas from Russia, especially after the EU embargo on oil products kicks in on 5 February, with an increased demand in China, boosted by a sudden cold spell similar to the one in January 2022. The International Energy Agency forecasts a gas deficit of 27 billion cubic meters in Europe. ENTSO-E warns of such a scenario, combined with an insufficient supply of power from European NPPs and problems with the distribution of coal, which may result in blackouts across the continent. This means that the West should still conserve resources and stockpile for a rainy day. The energy crisis continues.

OSW: China’s CEFC has acquired a stake in Rosneft
Energy
On 8th September Glencore and Qatar Investment Fund (QIF) announced that the Chinese company CEFC would shortly finalise a transaction to buy 14.16% […]
More