Chrupalla: Coal should be the basic source of energy in Germany (INTERVIEW) 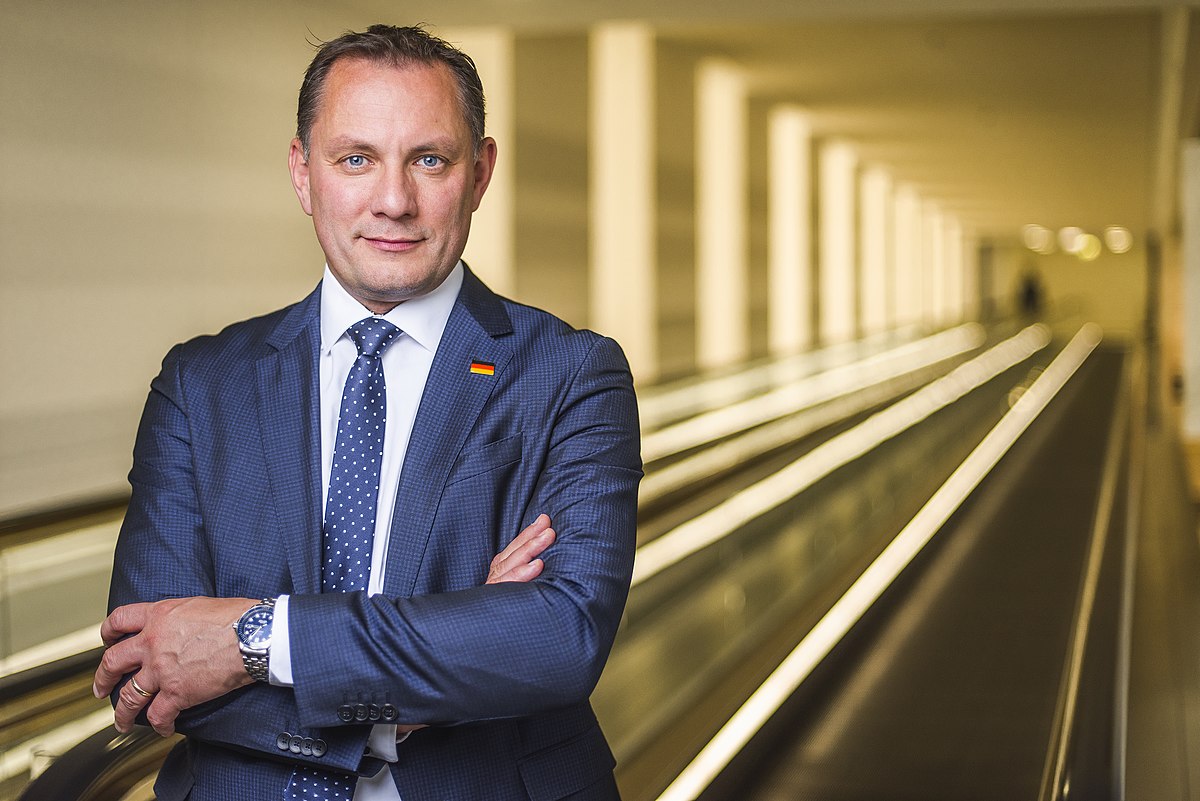 The Greens and their friends from other parties believe decarbonization is the solution to healing and stopping the “climate disaster”. We reject this apocalyptic scenario as a vision for our industrial policy, and we are for using lignite and hard coal in the energy industry as the basic source of energy – says Tino Chrupalla, Leader of the Alternative for Germany, in an interview with BiznesAlert.pl.

BiznesAlert.pl: You are the only big party that believes Germany should not abandon nuclear power. Why do you think that phasing out nuclear power is a mistake?

Tino Chrupalla: If handled professionally, nuclear power is clean and low carbon. We believe Germany should restart its research on nuclear power to make it possible for safe nuclear power plants to provide enough energy to our economy in the future. Many citizens think about Chernobyl or Fukushima when nuclear power is mentioned. That’s a bad thing. The newest generation reactors, Fast Breeder Reactors and controlled nuclear synthesis are clean and efficient technologies, and an industrialized country cannot afford to turn its back on them.

What role should coal play in the German and European energy sector in the future?

The Greens and their friends from other parties believe decarbonization is the solution to healing and stopping the “climate disaster”. We reject this apocalyptic scenario as a vision for our industrial policy and we are for using lignite and hard coal in the energy industry as the basic source of energy. Germany has the cleanest and most efficient coal-fired power plants in the world. Why would we phase out coal-fired power generation, while China, India, Vietnam, Indonesia and Japan are planning to build an additional 600 new coal power plants? We want to use coal, as well as oil and gas. However, we do not want to force a specific energy mix on our European partners.

Who is responsible for the global warming in your opinion?

Someone’s views do not determine what impacts climate change, scientific research does. We need to remember that scientific research has never been free of political impact. Science confronts hypothesis, verifies and falsifies them. It does not offer dogmas that make the decision-makers all-knowing. This is why we cannot use the simulation models on climate change to formulate economic plans for the coming decades. Whatever the impact of CO2 on the climate is, humans are responsible for the production of a negligible amount of the gas, while the EU’s culpability is even smaller, and Germany’s inconsequential.

In your opinion, what should be the goal of the German and European climate policy?

Climate policy is a relatively new idea. The term creates the impression that we as humans are able to control the climate through our actions. I prefer to use the term industrial policy. The goal of the German industrial policy is to ensure German prosperity through predictable strategies. Europe can try to use the internal free market to allow all European states to grow their prosperity through trade relations.

Is Nord Stream 2 a business project, or is it about politics as well?

Nord Stream 2 is a business project that is of strategic importance. On the one hand, in the long term it will provide energy to the natural gas and hydrogen sector. From this point of view it’s a good thing that the federal government agreed on the project with our American partners, even if we aren’t completely satisfied with the specific terms of the deal. On the other hand, pipelines are just like trade routes, they are more than just economic factors. As globalization is advancing, foreign policy is evolving in the direction of foreign trade, and international infrastructural projects are becoming exceptionally political. This is exemplified by the Chinese New Silk Road initiative. In my opinion, Nord Stream 2 has emerged, because Russia is a part of Europe.

With what other parties in Germany would you like to cooperate in order to advance your party’s energy program?

Our policies are all about creating prosperity for Germany. This is why when it comes to the energy policy we would cooperate with any party that wants Germany to prosper. However, at this point we don’t see any common ground with the other parties.

Polish Briefing: Poland is discussing Nord Stream 2 with Baerbock and Laschet | What […]
Climate Policy Coal Nord Stream 2 Polish Briefing
What goes in Poland on 19th of July? Related posts: Bütikofer: If we continue business as usual, we will not achieve climate neutrality (INTERVIEW) […]
More