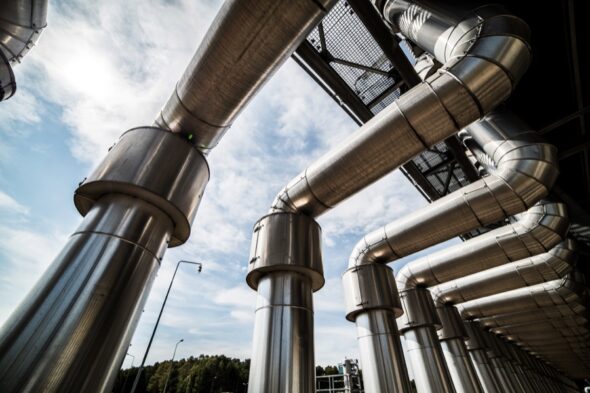 The dispute over Nord Stream 2 has become so important, that various outlets are now building a narrative according to which Poland did not want a Russian gas pipeline on its territory, so it’s her fault that the pipe now goes directly to Germany. That is completely false. We must reiterate the facts to show how Gazprom is manipulating the public opinion in Europe – Wojciech Jakóbik, editor in chief at BiznesAlert.pl, writes.

Nord Stream 2 is not in Poland’s interest

“After Nord Stream 2 is done, we will get gas from Germany. If Gazprom wants to upset Poland, it won’t be able to, because it will have to transmit the gas via Western Europe,” professor Zbigniew Lewicki told the Rzeczpospolita daily. That’s not true – Poland is in Central Eastern Europe. NS2 bypasses the country. This situation does not strengthen our security. For Poland the Nord Stream 2 is not as big of a problem as it is for Ukraine only because we have the alternative in the form of the LNG terminal, and soon the Baltic Pipe. It took a few parliamentary terms and great pains for these projects to even launch. Yet, the pipe is still a political, market and legal problem, but not just that. Nord Stream 2 is bad for us, and according to the Bruegel think tank the project may increase, not lower gas prices in Central and Eastern Europe. This is because there aren’t enough gas connections between Central and Eastern Europe and Western Europe. This bottleneck situation will make it harder to get Russian gas from Germany, than to buy it via the existing infrastructure. This may up gas prices.

The fairytales that Poland could have joined the Nord Stream 2 project so that it didn’t bypass it, are based on the lack of knowledge about the fact that in the 90s Poland agreed with Russia it would expand the second Yamal gas pipeline, and it was Russians who failed to keep their end of the bargain. Unsurprisingly Russia proved to be unreliable. A section of the Yamal gas pipeline (Yamal-Europe) runs across Poland. It was completed in September 1999, and according to the documents, a second line was planned. Poles supported this idea, but Russia did not want to get involved. Perhaps this is why in 2001 Poland decided to build a pipeline from Norway. Probably due to that development Russia decided to divert its gas transport to Germany to the Nord Stream pipeline, which bypasses Poland. In 2005 Gazprom and BASF-E.on signed a deal to that end. In 2007 it was officially announced that the second line of the Yamal pipe would not be constructed. This wouldn’t have been a problem for Poland if Leszek Miller’s government hadn’t decided to abandon the Norwegian project. Meanwhile the first Nord Stream was completed four years later.

The idea to build a second pipeline from Russia to Poland came back in 2013 with the so-called “Peremychka”. Russians encouraged Poles to start talks about the second line of the Yamal, but with a new route – via Poland to Slovakia. During a staged conversation with Gazprom’s CEO Alexey Miller, president Vladimir Putin suggested that such a contract could be signed. The transcript of this discussion was then published online. Poles took the bait. PGNiG signed a memorandum on assessing the profitability of the Peremychka, but the whole thing ended with the dismissal of Mikołaj Budzanowski, the Minister of the State Treasury and Grażyna Piotrowska-Oliwa, the CEO of PGNiG. They were fired by the then Prime Minister Donald Tusk, because allegedly he found out about the company’s initiative from the press. The case needs to be investigated further, because the Peremychka route was to run close to the Grupa Azoty facility, which was the target of a hostile takeover in the previous decade by a Russian millionaire. The dispute over the Peremychka caused a crisis in the Polish government, which only shows how these sorts of Russian bites work. In reality the story about Poland not wanting a gas pipeline from Russia is false, and was concocted to convince the public opinion about Poland not being rational on the matter, and Gazprom presenting a reasonable stance.

The best punch line to the story about Poland not wanting Nord Stream 2 is the plan to use the Yamal gas pipeline for delivering LNG and natural gas from Norway from the Baltic Pipe, and to treat it as part of the domestic infrastructure. If Russians do dry up the Yamal, its capacity will be used to benefit Polish interests. If not, they will be able to use it in a civilized way and in line with the EU regulations.

In reality Russians are carrying out an information policy that pushes for projects such as Nord Stream 2, which later on may be used as a tool for the Kremlin’s nefarious foreign policy. I myself had the opportunity to learn how this works, when I took part in an online conference INTERENEF in Croatia’s Split. I was invited to a panel with a representative from the Polish Embassy in Zagreb Bartosz Marcinkowski, Robert Bosnjak from the Croatian Plinacro and Vitaly Yermakov from the Oxford Institute for Energy Studies. At the last moment two representatives from the Russian embassy were invited – Vladimir Prokhorov (Minister Counsellor at the embassy) and Vladimir Ivanov (economic advisor). I found out about this during the panel. The discussion was interesting. The Russians, including the fellow from the Oxford Institute, presented the familiar arguments known from Kremlin’s propaganda mouthpieces, such as the Sputnik. They accused Poland of being “rude”, because it tries to dictate Germany how to run its energy policy. They failed to respond to the fact that the EU states coordinate their policies in line with the energy solidarity principle, which stands in stark contrast to unilateral projects with Gazprom, such as the Nord Stream 2. However, the cherry on top was a question from the audience asked by a citizen of Bosnia and Herzegovina, who accused the Polish participants of being “emotional” and asked the Russians to reiterate their arguments. In result, they got a few minutes to recite their talking points without the moderator interrupting them. After the debate we managed to ascertain that in the past, the lady from Bosnia and Herzegovina worked for a decade at… Gazprom. That’s what a public debate with Russians looks like.

Italian strike against Nord Stream 2? Polish trace and threats of Russia
GAS Nord Stream 2
If information from Denmark is confirmed, it will turn out that this country may influence the Nord Stream 2 project, delaying it thanks to efficient […]
More

The best defense of Nord Stream 2 is an attack on Poland and others
GAS Nord Stream 2
Financial Times has published criticism of Poland, Ukraine and the US – opponents of Nord Stream 2. It deserves a short response – writes […]
More