Copper and lithium are the future of the energy industry. Poles are in the global game 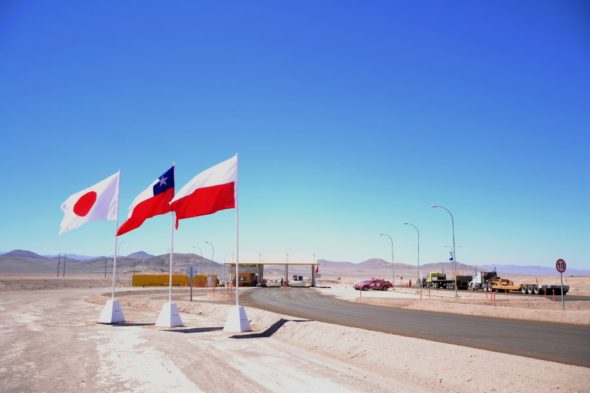 Renewable energy sources and e-mobility do not generate emissions, but they need raw materials that more often than not require forceful exploitation. Extraction in the West with the participation of companies such as Poland’s KGHM may have the least impact on the environment – writes Wojciech Jakóbik, editor in chief at BiznesAlert.pl.

The age of copper and lithium… from KGHM?

According to Goldman Sachs the price of copper, which has already exceeded 10 thousand US dollars per ton may go up to 15 thousand per ton in 2025. The price of this raw material has been steadily climbing since March 2020, when the coronavirus pandemic erupted and limited the supply of strategic raw materials from China, which is their biggest producer. “The strategic importance of copper, a raw material necessary for e-mobility, renewable energy and even medicine, has opened a long-term perspective for us,” Marcin Chludziński, the CEO of KGHM, said during the publication of the company’s record-breaking results. A famous investor David Einhorn from Greenlight Capital has suggested that the stocks of companies that extract copper will go up in value in the long term, because they will provide fuel for the energy transition. According to Citigroup, already a fifth of copper’s total consumption across the world is a result of decarboniation policies. Pursuing climate neutrality will continue to drive the demand for this raw material. BloombergNEF expects that by 2050 the world’s power grid will expand by 48 million kilometers, which will boost the demand for copper to 3.6 million metric tons. Components for renewable energy sources are also part of this puzzle. Vestasa has calculated that a 100 MW wind farm with 4.2 MW turbines each, needs about 89 tons of copper.

Today KGHM extracts copper, but perhaps in the future it will also dig for lithium, another raw material of the energy transition. The Macquarie Group has forecast that already in 2022 a lithium deficit will appear, which will drive its price to over 720 dollars per ton. Whereas Rystad Energy has ascertained that lithium shortages may cause a slow-down in e-car manufacturing in 2027. This is why to address the coming shortages, new lithium extraction projects need to be planned already today. Otherwise, the delay in production may reach about 3.3 million e-cars with 75 kWh batteries in 2027, about 9 million of such cars in 2028 and about 20 million in 2030. However, the problem is that extracting lithium from rocks requires huge amounts of water, and may cause 15 tons of CO2 emissions per ton of the element. This is why western countries are working on recycling e-car batteries.

The European Commission designated lithium as a critical raw material, which may be at risk of supply shortages. This means, in the future KGHM may become a leader of lithium production, and thus develop another pillar of its business, which will be attractive for the energy transition. In the past, Chile, which has the Sierra Gorda mine, was the world’s top lithium producer, but it had to make way for Australia due to issues with profitability. The European Union presidency is currently held by Portugal, which puts special emphasis on cooperation with countries from South America. It wants to change its agreement on economic cooperation with Chile, because Santiago wants to promote the extraction of lithium by companies whose seat is on its territory. The result of this dispute will be important for KGHM as well. However, lithium extraction could also take place in Poland.

Extraction in the West may be less harmful to the environment

Controlling the access to strategic raw materials may have special importance, considering the increasing tensions between the West and China. The US may be one of the biggest lithium producers. Poles can contribute to the European production of raw materials necessary for energy transition. However, their exploitation leaves a serious impact on the environment. It necessitates the use of explosives and the need to melt metals from rocks with the usage of chemicals. This is why extraction in western states that apply the best possible standards may be the most beneficial for the environment. KGHM’s actions may be an example here. The copper giant has announced it was planning new projects to minimize its impact on the environment. “We will continue our program to adapt KGHM’s technological installations to the requirements of the BAT conclusions for non-ferrous metals, together with limiting the emission of arsenic (BATAs). At the Głogów Copper Smelter and Legnica Copper Smelter there have been 11 projects, out of which in the first quarter of 2021 the following were completed: post copper slag transmission installation (Głogów) and a square for led-bearing material (Głogów),” the Polish company, which will celebrate its 60th birthday this year, said in a statement. The green transition may add to it new decades of development, because paradoxically “dirty” extraction of raw materials is the sine qua non condition for the green energy transition to take place.