The coronaviurs still rules over oil. The biggest winner is… China (ANALYSIS) 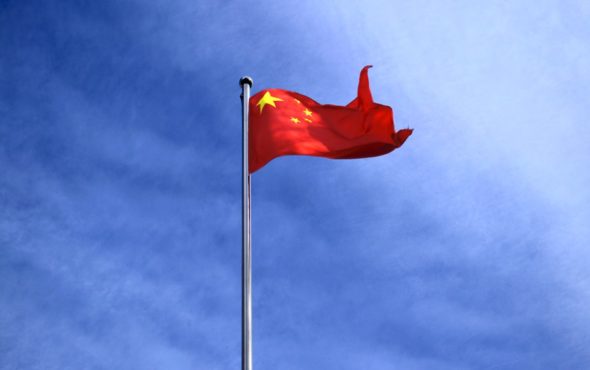 The OPEC+ group is meeting again to talk about oil prices hoping for an economic rebirth, which is still under question, because of the news about the new coronavirus waves and strains. That is the case at least in the West, because so far the “Chinese virus” has been benefiting… China, which has increasing impact on the oil prices – writes Wojciech Jakóbik, editor in chief at BiznesAlert.pl.

Rebirth or a third wave?

The group of states that signed the OPEC+ agreement will meet on the 4th of January to talk about increasing output. The deal first introduced cuts to the tune of 9.7 m barrels a day. That agreement lasted until mid 2020 when the cuts were lowered to 7.7 m barrels until the end of the previous year. According to the latest agreement, the signatories will cut oil production by 7.2 m barrels a day between January and April 2021. OPEC+ wants to achieve that figure gradually by upping production at a maximum of 0.5 m barrels a day each month. The Group agreed to increase the cuts by as much in January. The states are hoping to reach an agreement on introducing 0.5 m in February. OPEC is afraid that oil prices will plummet in the first half of 2021 due to unexpected changes on the market, which will undermine the increase in demand recorded at the end of 2020. Mohammad Barkindo OPEC’s Secretary General said on the 3rd of January that despite hopes, the situation in the first half of 2021 is uncertain and a number of factors may negatively impact the price of oil. The market has positively reacted to the news about the vaccine rollout, but OPEC remains cautious. It expects global demand for oil to go up by 5.9 m barrels and reach 95.9 m barrels in 2021, and the world economy to expand by 4.4 percent. This demand will still be lower than before the pandemic, when it was at about 100 m barrels per day. The forecast will come true if the world starts to get over the pandemic and if economies recover. OPEC’s forecasts in November predicted a higher increase in output – by 6.25 m barrels a day in 2021, but in December the predictions went down due to the increasing fears over the state of the market.

What will OPEC+ do?

The OPEC+ oil producers are traditionally divided when it comes to assessing the situation on the market. They may not make a decision or falsify data to pretend they stick to the deal.

Alexander Novak – Russia’s Deputy Prime Minister and Minister of Energy argued that the deal participants could even lower the cuts by over 0.5 m barrels a day, suggesting a return to the original agreement, according to which the parties were to do a one-time drop by 2 million barrels in the first quarter of 2021. Such a move would make it possible for Russians and their proponents to be be more successful at competing for the market with those states that couldn’t care less about the deal, such as the United Stated, which since 2018 has increased oil exports by over 40 percent to Asia (399,1 m barrels) and 85 percent to Europe (369,6 m barrels). If OPEC+ continues to hike oil prices, the profitability of America’s shale oil will go up, as according to forecasts it needs a price at the level of USD 30-50 per barrel, which is less or as much as the current price of the WTI blend. Moreover, the OPEC+ deal undermines Russia’s exporting ability. In 2020 it recorded a drop in export from 266 to 232.5 m tons (12.7 percent). Russians decreased output in 2020 for the first time since 2008 and reached 2011 levels. Saudi Arabia may have a different opinion, as it wants oil prices to be high, because such a state of affairs increases the valuation of the Saudi Aramco stocks, which is being gradually privatized. The Saudis are also wary of being too optimistic as such an approach may lead to a new price crisis caused by decreasing cuts, together with a lackluster increase in demand, as well as unexpected factors, such as a third wave of the coronavirus, the appearance of new strains (the situation in Great Britain is uncertain and concerning), slowed-down economic recovery, or even Iran’s return to the oil market in case of a reset with the U.S. This dispute caused the OPEC+ meeting to be postponed from December 2020 to 4 January 2021.

If there is another stalemate in the group, the summit will be moved again. If Russia wins, the parties may lower the cuts, if the Saudis get the upper hand, the grouping may abandon the idea of decreasing the cuts by another 0.5 m barrels in February. In March 2020 Russia and Saudi Arabia failed to reach an agreement, which caused an oil price crisis. Most probably, after that lesson the parties decided to split the cuts to smaller portions, a move that will have smaller impact on the price of a barrel and will not cause an unwanted crisis in case consensus is not reached. It is worth mentioning that the OPEC+ members are able to formally remain part of the oil deal, but in reality they may bend its rules. Russians are looking for ways to introduce a new classification for the kinds of extraction to increase output despite the OPEC+ limitations, for instance by upping the production of gas condensate that is not part of the deal (Gazprom Neft) or by acquiring fields that are not encompassed by the agreement (Lukoil). Moreover, the states that broke the OPEC+ agreement still have not made up for their backlog, and have not borne any penalties for the wrongdoing, because the deal does not say anything about sanctions for not following it.

The Chinese virus is benefiting… China

Nevertheless, the looming OPEC+ decision will have an increasingly smaller impact in comparison to other factors that affect the oil price. One of those is the shale revolution in the US and the other the economic recovery in China. The economic revival in those competing powers will determine the situation on the oil market irregardless of the OPEC+ attempts at manipulating supply and demand, which will depend more and more on China and the U.S. If we are to believe Beijing’s official data, the centrally planned economy and tools of social control used by the Chinese communist regime made it possible for the Chinese economy to get back on its feet in June 2020. In the summer the demand for oil in China reached 90 percent of the level from before the pandemic. According to the International Energy Agency, in the second half of 2020 the increase in demand for oil was mostly caused by the fact that China needed an additional 0.7 m barrels per day. During the same time, the OECD states reportedly recorded a drop in demand by 5.3 m barrels a day. This is because of lockdowns introduced in Western economies, which the Chinese authorities either don’t want to or don’t have to organize, as they have more efficient tools than democratic states. The so-called “Chinese virus” is paralyzing the West and benefiting China, which is coping with the crisis faster. This is already visible on the oil market, where prices are going up to a large degree thanks to the economic recovery in China, which is visible in the data provided by Beijing.

By the way, the oil relations between Beijing and Washington are flourishing despite the conflicts over 5G, spying and others. The U.S. Energy Information Administration has reported that the deliveries of American oil to China have increased from about 3 thousand barrels per day in January 2020 to a record-breaking 30 thousand in September 2020 and stayed around that level. This is where the new game about oil demand and supply is starting to emerge, and one that reflects a bigger – political rivalry. The future of relations between China and America and the rest of the West may impact the barrel price and global economy, which means it may also affect the future role of the European Union. The EU member states will soon have to consider the adoption of the Comprehensive Agreement on Investment (CAI) with China. However, the EU is still struggling with the “Chinese virus”, which will make it difficult for Brussels to regain its position on the global arena.

The third wave of the coronavirus may be a prelude to a new crisis in oil prices (ANALYSIS)
Energy
The hope for coronavirus vaccines and encouraging economic data are driving up oil prices. What will happen if it turns out that the market is wrong, […]
More