Embargo on Russian fuels would be expensive, but also effective 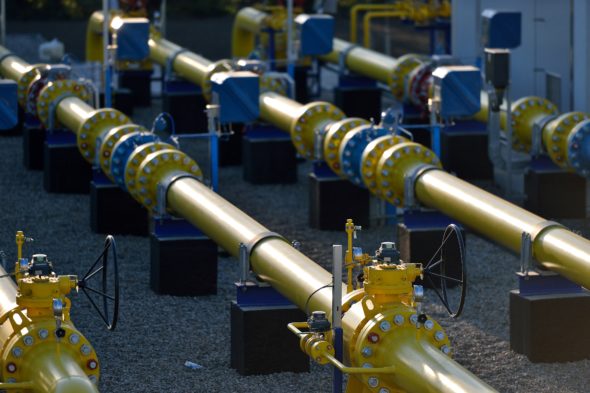 Poland and Germany have announced when they would abandon fuels from Russia, because there is still no consensus around an EU-wide embargo. However, such a move would be advisable as it would have an effective impact on the Kremlin in the face of the attack on Ukraine – writes Wojciech Jakóbik, editor-in-chief of BiznesAlert.pl.

EU countries have not reached an agreement on a joint embargo on Russian gas, oil and coal. For this reason, the member states are declaring their own deadlines for moving away from these fuels, and Poland and Germany are prominent examples.

Poland wants to abandon Russian coal at the end of April/ early May 2022, and oil and gas by the end of the year. Germany wants to stop importing coal and oil from Russia by the end of 2022, and gas by the end of 2024. Interestingly, these countries can develop cooperation in this area thanks to the fact that Poland can import LNG via its terminal in Świnoujście and oil and fuels via Gdańsk, and then transfer that to Chancellor Scholz’s homeland. The possibility of oil supplies from the Druzhba Pipeline and gas from the Yamal Pipeline being stopped, could paradoxically create space for increasing trade between Poland and Germany.

The plans put forward by Berlin and Warsaw to abandon Russian raw materials should become part of a long-term policy of becoming independent from Russia, known in Poland as “derusification”, but they will not be enough to replace an EU’s sanctions policy, which is aimed at changing the Kremlin’s behavior. The fifth package of sanctions should include an embargo on fuels from Russia, as even though it would be more expensive, it would also be effective. Moreover, the costs on the European side could be lower than the most pessimistic scenarios.

Russian GDP down by 40 percent

A memo by Luis Garicano (Spain), a member of the European Parliament, and Łukasz Rachel, a Polish economist at the LSE, summarizes the data showing the validity of the EU embargo on Russian raw materials. According to calculations provided by the think-tank CREA, the European Union has paid Russia about USD 16 billion for fossil fuels since the beginning of the attack on Ukraine, that is, since February 24. Garicano and Rachel point out that these revenues can now account for more than 40 percent of the Russian budget, due to limited access to hard currency as a result of existing Western sanctions. They remind that the European market accounts for 49 percent of Russian oil exports and 74 percent of natural gas exports. The Russians will have a limited ability to reorient these exports to Asia. Iran’s case is a good illustration of what is to come, as in result of Western sanctions, the country had to lower its hydrocarbon production as it was not able to sell it outside the West. The authors of the report cite calculations by Robin Brooks, chief economist at the Institute of International Finance cited earlier in BiznesAlert.pl, which predict that the current sanctions will reduce Russia’s gross domestic product by about 30 percent, and a possible EU embargo on Russian raw materials would ensure a decline of more than 40 percent.

A slight drop, or maybe even an uptick of GDP in Europe

The figures quoted by the authors of the analysis prepared for the European Parliament show that the consequences in the European Union would be disproportionately lower. Goldman Sachs, known for its analyses that usually go in line with Russia’s assessment of the oil market, suggests a drop in German GDP by 3.5 percent, but in this context it is worth recalling that the University of Kiel predicts a decline of 0.5 percent or even a slight increase in GDP. Garicano and Rachel stress that according to the estimates by the European Central Bank in case of an embargo, GDP in the Eurozone would drop by about 1.4 percent. The researchers have also recalled the calculations of the Bruegel Center showing that reducing the demand for energy and raw materials in Europe would make it possible to survive without Russian raw materials with economic consequences smaller than the impact of the pandemic or recession, which came even before Russia’s attack on Ukraine. It is also worth recalling that the economic brunt of an EU embargo is comparable to what the European Green Deal would cause in some EU countries, which has already been widely accepted by the society, among others, in Germany. In addition, the European Commission has called for saving energy and fuels in order to adapt the economy to the Fit for 55 package. It is now doing the same, with the International Energy Agency and energy regulators from the member states, calling for greater energy efficiency.

Gariciano and Rachel encourage European governments to use the budget deficit to finance more fixes to tackle the crisis. The solutions implemented due to the pandemic and economic crises will also apply to the military disaster in Ukraine. In the face of questions about energy and fuel prices it is worth stressing that member states such as Poland and Germany have already introduced regulatory mechanisms to reduce tariffs, grant financial support to the poorest, and reduce taxes such as VAT and excise duty. In Poland these solutions have been called the anti-crisis shield, which will probably transform into the so-called “anti-putin shield”. Europe will mitigate the impact of the energy crisis on the economy, but it will not entirely stop it. It is also worth recalling that it has been here longer than the Russian aggression on Ukraine and that it has curtailed supply. The Russian invasion only exacerbated the problem by further raising prices. The efforts made by the EU and its individual member states aimed at replenishing oil, gas and fuel reserves are to ensure security of supply before the coming winter. To this end, additional solutions, approved by the European Commission, such as transferring the supervision over the reservers to the Government Agency for Strategic Reserves in Poland, or analogous actions taken by the German government, have been implemented.

The time for action is now

The effectiveness of the EU embargo on Russian raw materials will the bigger, the sooner it is implemented. It is possible that the Russians are already looking for ways to bypass it. This is exemplified by Vladimir Putin’s calls to German and Italian leaders about paying for gas in the previously agreed on currencies, but exchanging them to ruble in Gazprombank. This is an introduction to the ongoing game of maintaining Europe’s dependence on fuels from Russia. It is also for this reason that an embargo on Russian raw materials is advisable and should be implemented as soon as possible. The idea that it will be cheaper if we do not block imports from Russia is false. Russia can block them on its own, and has used this threat since forever. The destabilization in Ukraine will be increasing the prices across the region anyway. A war with NATO would raise prices the most.