Emilewicz: Coal is past its prime (INTERVIEW) 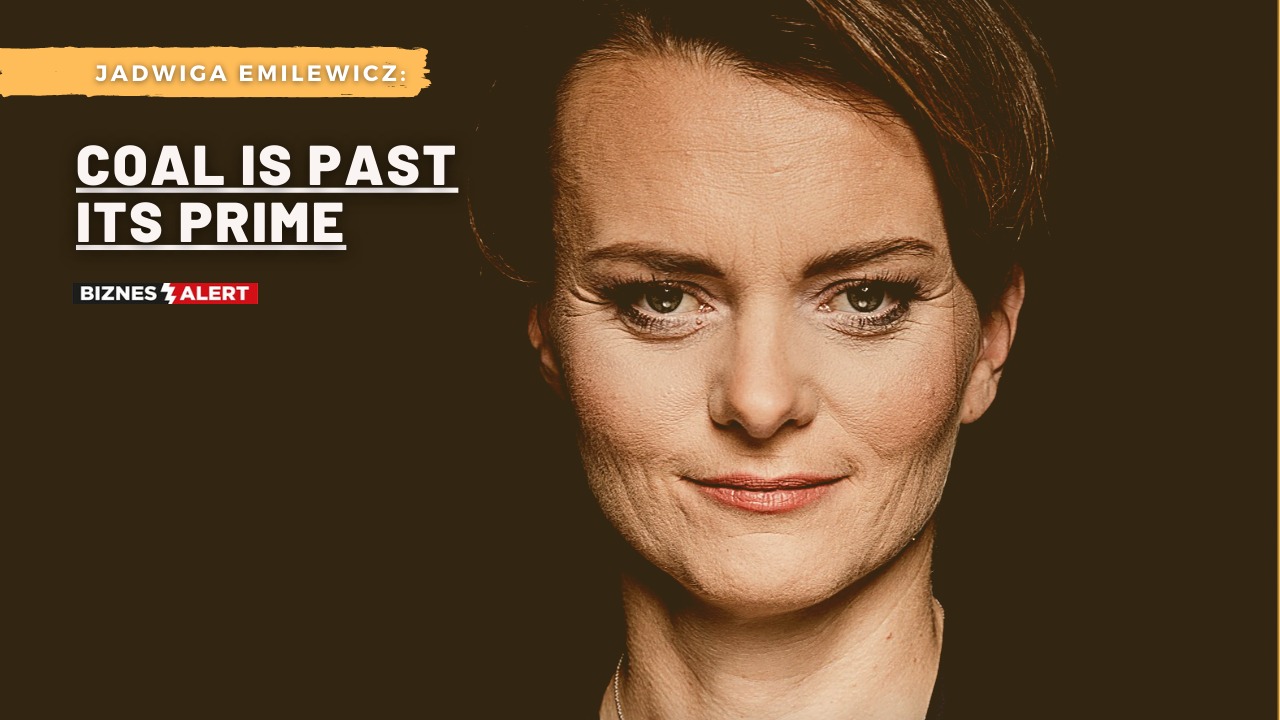 BiznesAlert.pl: What energy sources should the Polish energy mix include in 2030 and then in 2050?

Jadwiga Emilewicz: Most of all, it has to be said that Poland’s energy mix can and should change. It can, because a number of analyses conducted by various research communities show that it is possible possible to gradually depart from coal in Poland. These analyses differ when it comes to the pace of the proposed changes, and, obviously, the kinds of sources and their proportion. All of the analyses are very inspiring and show that we need to do a lot of work, because the transition requires preparation, support from the administration at virtually every level, and, perhaps most of all, financial backing. To me the most convincing analyses are those that show a gradual replacement of coal with gas, but treat gas only as a transition fuel. It would be impossible to introduce in Poland a decentralized energy system based on decentralized renewable energy sources within a decade, without undermining our economy, and becoming dependent on foreign technology. I believe this vision is very attractive, as it improves the efficiency of the system through the possibility of consuming energy close to the place of its generation and, most of all, enhances Poland’s energy security. However, from a technological point of view Poland is not ready yet to go through with the transition. I would like us to be close to that goal in 2050.

It’s a little bit like debating whether it’s better to get hooked on cigarettes or on nicotine supplements. A world without any addictions is best, but since we do smoke and we want to quit, then maybe these nicotine products will help us wean off the bad habit. It would be best to not be dependent on any fuel, have full diversification and a decentralized system that is balanced locally. But since due to various reasons we are not in this ideal situation, a temporary solution needs to be applied. For, e.g. the heating sector, the majority of which currently runs on coal, gas seems the most cost-efficient and the quickest way to usher in the transition. This will not only benefit climate, but the quality of air in Poland as well. In both cases time plays a crucial role, so it is worth investing in the quick solution. However, at the same time it is necessary to develop other energy sources, such as offshore and onshore wind and PV farms. We should also remember that developing renewable energy sources increase Poland’s potential to generate hydrogen. The gas is said to be the fuel of the future, and can be also produced from waste – both municipal and agricultural. So, gradually natural gas may be replaced with biogas, and then hydrogen. Obviously this is decades in the making, but we need to think about developing these technologies and preparing the infrastructure already today. Thanks to the policy of our government and the personal engagement of minister Piotr Naimski, next year Poland will tap into Norwegian gas deposits via the new Baltic Pipe. We are also consistently expanding the LNG terminal in Świnoujście. Therefore, natural gas will guarantee our energy security at least throughout the next decade.

What are the chances that the Polish Nuclear Power Programme will be completed on time?

The Polish Nuclear Power Programme has a turbulent history. This is the third attempt at implementing it in Poland’s modern history. Can we do this? I’ll say this – if not, we can forget about the dream of Poland becoming a low-emission economy.

We have to develop renewable sources as quickly as possible. While nuclear energy should stabilize the system. This is a lesson from Energiewende, which was actually recently pointed out in a monitoring report prepared by the Federal Court of Auditors.

According to the majority of scenarios prepared by the Intergovernmental Panel on Climate Change, nuclear power has to be taken into consideration when solving the problem of global warming. Its capacity is stable, manageable, does not depend on the weather and does not generate emissions. The Polish Energy Policy says that the first nuclear power plant will start operating in 2033. This plan is ambitious, but doable. It requires consensus across all political parties, which actually exists despite the current political raws, and institutional efficiency. In the past 30 years we have had bigger issues with the latter. If we select the technological and financial partner this year, decide about the location by the end of 2022, and the construction starts in 2026, the 2033 deadline is doable.

Is there an alternative to the current version of the Polish Energy Policy until 2040? The supporters of a quick energy transition propose a mix with RES and gas, while its opponents want to defend the status quo. What can we afford to do and what is in Poland’s interest?

Of course one can deny the global changes and disregard technological trends. A good example of this were those who in the 19th century burned textile machinery, but if someone needs a story that is closer to our times, they should take look into Kodak’s history. Kodak missed the opportunity to become the leader of the digital photography market. Back then the company dominated the analog camera market, but even though its R&D department developed a digital camera it failed to commercialize the product, because it was afraid of the still imperfect technology and of cannibalizing on its already existing, but declining, business. During that time Kodak stood by the analog technology, but digital cameras started to quickly dominate the market thanks to their obvious benefits and quick elimination of defects. When Kodak realized how big the potential of digital technology became, it was no longer able to keep up with the competition. The company shares dropped together with the plummeting popularity of the analog cameras. In the end Kodak went bust in 2012. I don’t want this history to repeat in Poland’s energy industry. Today, we are facing a once-in-a-lifetime opportunity to make a technological shift, and it would be stupid not to take it. There is a real, not ideological, market need and there is money. There is also the potential to develop the RES industry and create high-paying jobs.

Virtually nobody is kidding themselves anymore that the fossil fuel industry is not going into decline. As of 2024 the global demand for coal will stagnate, because the demand in the US and Europe will drop, in China it will remain at the same level, while in the Asia-Pacific it will slightly go up. Looking at the historical usage of energy it is very apparent that power generated from coal is past its prime. It is being replaced by a new resource – renewable energy and a new way to use other technologies – gas power generation.

Recently, three large technology providers for coal-fired units announced they would no longer engage in contracts for building power plants of this type – Siemens Energy, General Electric, Toshiba. In result, the persistent push for coal to remain part of the energy industry may lead us not to safety, but to technological dependence on China or Russia. Coal is becoming more expensive not only because of the growing EU ETS prices, but also because of its increasingly more difficult and costly extraction in Poland. We simply need to start implementing our energy transition plan by following our own path, learning from the experiences of others, and not giving into technological stupor.