Energy on the ballot in the time of an energy crisis 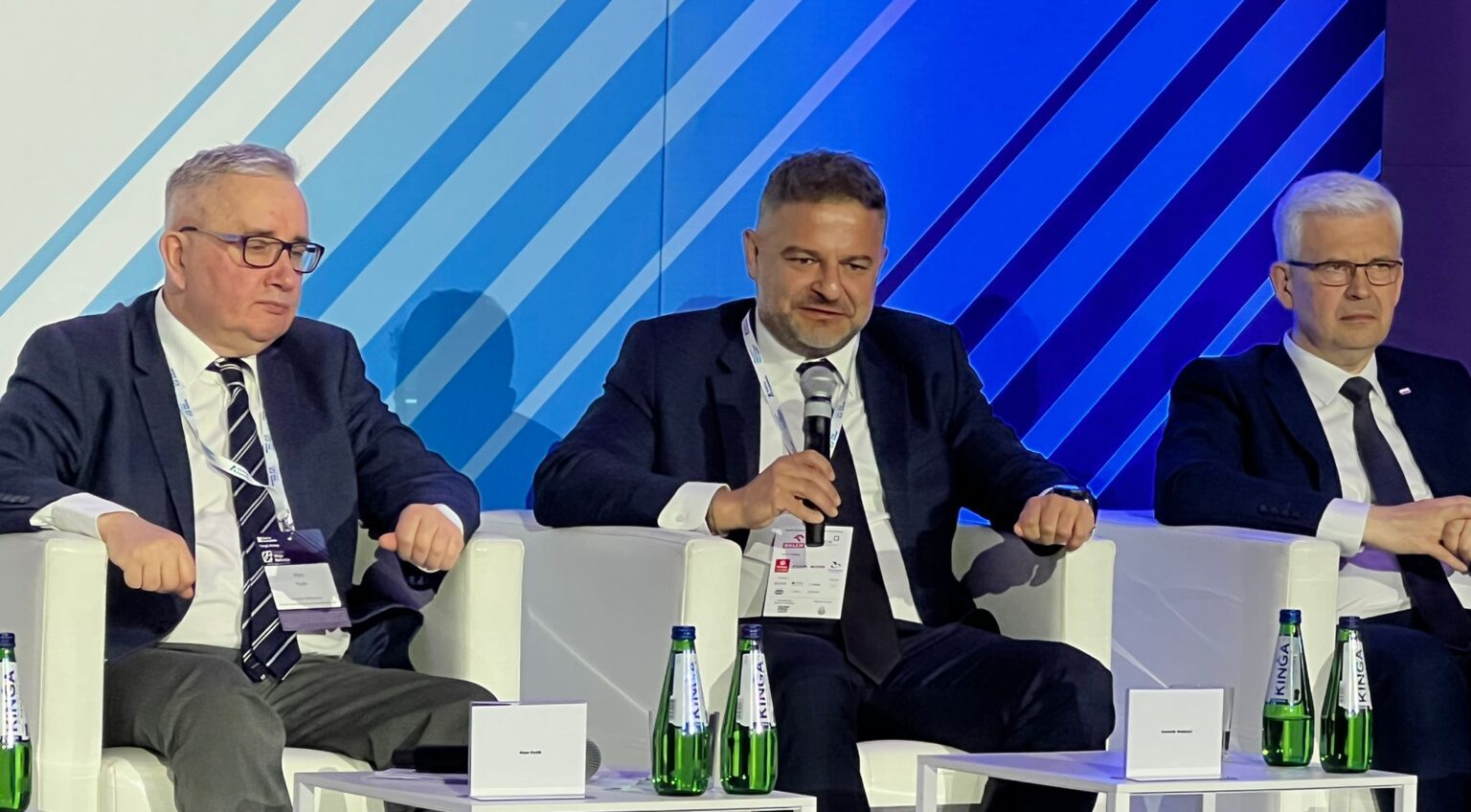 “The dispute between ministers reveals the two approaches to the energy strategy of the Republic of Poland, which are fighting for primacy in the era of the energy crisis and herald preparations for the parliamentary elections in 2023,” writes Wojciech Jakóbik, editor-in-chief at BiznesAlert.pl.

At the recent conference Forum Wizja Rozwoju, Polish ministers sparred during a debate about Poland’s Energy Policy until 2040, revealing differences of opinion about the energy crisis in the government. The politicians from the United Right (ruling coalition in Poland – ed.) must find a way to get through the 2023 election period, and record prices for energy, gas and fuel at gas stations, combined with the highest inflation in history and rising interest rates on loans, promise problems that are difficult to overcome. No wonder nerves get the better of them. Deputy Minister of State Assets Piotr Pyzik criticized renewable energy sources during the Forum Wizja Rozwoju conference in Gdynia. He argued that offshore wind farms had a long return on investment time, and solar panels were dependent on production in China. Deputy Minister of Climate and Environment Ireneusz Zyska argued that investments in offshore would be profitable and asked his opponent to take back his words. “Currently, the most efficient energy storage in Poland is black coal and it will remain so,” minister Pyzik repeated his quip. The dispute between the ministers reflects the differences of opinion between the two ministries, that go way back to when Zbigniew Gryglas was at the State Assets Ministry.

The consensus in the energy sector boils down to the protective mechanisms introduced in response to the crisis: the energy allowance, subsidies to up to three tons of coal, the extension of the anti-inflation shield in terms of VAT reduction and fuel excise. The disputes pertain to the energy strategy, and have temporarily abated due to the Russian attack on Ukraine. They are now returning with a vengeance in the face of the parliamentary elections due in 2023, a year from now. The rift reflects the old fractional divisions. The Climate Ministry is a stronghold of energy transition advocates and officials who continue their long-term work to implement European legislation. They plan to spend the National Recovery Plan on changes in the energy sector, including 26 billion PLN until 2026 on renewables in companies and local communities, better insulation of buildings, clean transport and other investments, which will both decrease dependence on fossil fuels and lower CO2 emissions, which integrates the aims of the security policy and environmental goals. The Ministry of State Assets is closer to the approach of United Poland, and focuses on a short-term return to coal, symbolized by the nationalization of the Bogdanka mine, one of only a few profitable plants of this type. It also pursues the acquisition of coal supply chains through the Polish Mining Group (PGG), and questions the provisions of the Fit for 55 package, which includes both – directives that do not take into account Poland’s needs, heating is a good example, as well as beneficial solutions, such as building renovations that will save energy and fuels. The dispute between the ministries responsible for energy regulation and supervision of energy companies shows that the former Ministry of Energy, which held both of these responsibilities, was not a bad idea, but it did not fit the fraction’s plans to split the governmental spoils.

Piotr Naimski, the Government Plenipotentiary for Strategic Energy Infrastructure, sits on the sidelines of the dispute between the two ministries. He continues preparations for the launch of the Baltic pipeline in October 2022 as the supervisor of Gaz-System (Poland’s TSO – ed.), and for the selection of a technological and financial partner for nuclear energy in the second half of this year. It may turn out that good news on these issues will be the flagship elements of the election program of the ruling party before the 2023 elections. However, it is worth noting that the incomplete contracting of the Baltic Pipe by PGNiG, and the possible delay of the Polish nuclear power program will be easy targets for the opposition.

The energy crisis must not undermine the country’s long-term energy strategy, which envisages a shift away from coal by 2049, and then the development of a cohesive duo of renewable energy sources and system-wide nuclear power. The fact that Europe is now adjusting its approach to coal in the short term to avoid increasing dependence on gas, should not be used to cement the status quo, or to undermine the energy transition, for instance through the continuation of the disputes over the Distance Act, which has halted the growth of Poland’s onshore wind sector. However, there is a risk that due to the upcoming elections politicians will be encouraged to do so, because it will allow them to promise voters the proverbial “bread and games”- bread in the form of the welfare policy during the energy crisis era, and games in the form of challenging the EU’s common policy, which is the best electoral promise.

Steinhoff: If Poland does not want to increase coal import, it has to build new mines
Coal Energy
The prices of Russian coal in Poland are decreasing. Janusz Steinhoff, former Deputy Prime Minister and Economy Minister in the government of Jerzy […]
More