Energy prices up by 40 percent? The energy crisis is a political reckoning 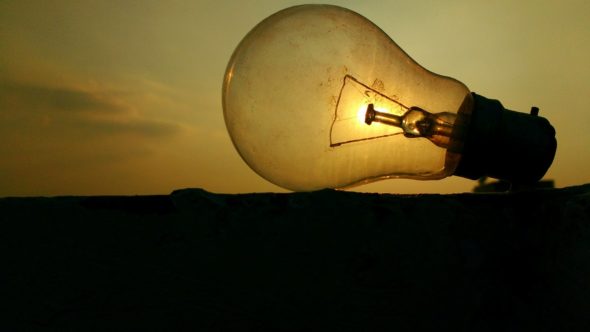 The European Economic Congress in Katowice is taking off in the shadow of the debate on the growing electricity prices. The grapevine buzzes with talk of a 40 percent hike in energy bills, which sounds like a reckoning for the government, but it is the lawmakers themselves that can tackle the energy crisis, that could otherwise turn into a political judgment day – writes Wojciech Jakóbik, editor-in-chief at BiznesAlert.pl.

Energy prices will go up

Energy prices are rising across Europe due to objective regulatory and market factors. The first is the economic recovery that is increasing the demand for all utilities, including electricity, and is not accompanied by a sufficient recovery in supply. The global economy needs more and more energy, but is not getting enough of it. Another factor is the rise in the price of Europe’s CO2 emission allowances, which already cost over EUR 60 per ton, and will climb further due to the EU accelerating its climate policy through the Fit for 55 package. Another issue, less important in Poland, but affecting the countries of western Europe, is the rise in gas prices, for which the Russian Gazprom is partly responsible, wishing to force the start of the Nord Stream 2 pipeline.

High energy prices on the market will translate into tariff increases, i.e. prices set for individual groups of consumers such as industry and households. The Italians are talking about increases of up to 40 percent. The Poles have been less open so far, but thanks to the president of Enea, this number has appeared in the media.

Politicians will decide how much energy prices will go up

The Enea CEO was talking about a hypothetical situation. An increase in energy prices by almost a half, would mean even higher inflation in Poland and a kind of additional tax burdening economic activity and hindering the recovery. Thus, high energy prices can dampen growth and precipitate a crisis with serious political consequences for whoever is in power. The Enea CEO spoke about a hypothetical situation, because unofficially the politicians in power are already considering various forms of intervention in the energy market, and electricity companies will not ask for the highest possible increases. The internal opposition in the United Right (governing coalition in Poland – ed.) calls for the establishment of a new group of consumers who would be granted special, lower tariffs by the Energy Regulatory Office. So far, the Ministry of Climate and Environment has considered compensation only for the poorest starting in January 2022. Targeted support, limited to the poorest is the least burdensome solution for the state budget, that has been under strain due to the various social benefits introduced in recent years. However, the increasing prices in Poland, exacerbated by high energy cost, may prompt politicians to look for more radical solutions, such as when they froze energy prices in 2018 for the whole of 2019.

In 2018, on the day the Law on energy prices was adopted, I wrote that they should go up, and the only way to improve the situation would be to go through with the energy transition. Ad hoc measures will only have a short-term impact, and will shift the burden to other areas of the economy. However, politicians, taking into account the electoral calendar, can choose this solution, especially since it will be applied in other countries as well. Greece is as good an example as any, as its government has announced an intervention in household energy prices in 2022. The lawmakers referred to the “international energy crisis” as the culprit behind the increases. The Greek government intends to pay nine euros for each of the first 300 kWh consumed by a household in a given month. This tool is expected to cost about EUR 150 and cover about 70 percent of households. This solution is similar to compensation for those who are in need the most, and is less radical than the creation of a new tariff group proposed by the opposition in the United Right government.

The energy crisis is a political reckoning

The European Economic Congress 2021, that is taking place on 20-21 September in Katowice, will be marked by discussions on energy prices, which must increase due to the objective market situation throughout Europe. Politicians will have to find an answer to the question on how much they will go up, and on this may depend their future in the parliamentary elections, which (according to the official schedule) are to be held in 2023.

Batory: The energy and gas market needs the right balance
Energy
According to Łukasz Batory, senior associate and legal advisor at Banasik, Woźniak and Co. law firm, while no exchange obligation and 100 percent […]
More