Energy transition is just as much about grids, as it is about power plants 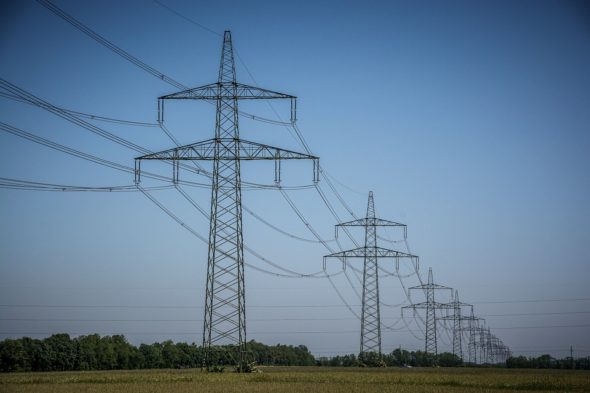 In the debate about the future of the Polish energy industry, we devote a lot of time to what kind of energy we will produce, from what and for how much. An important element can often be forgotten in these discussions – how will we distribute this energy across our country? The grid expansion is facing many challenges, and the success of the transition of the Polish power industry will depend on how they are solved – writes Mariusz Marszałkowski, editor at BiznesAlert.pl.

On 14 March, Polskie Sieci Elektroenergetyczne (PSE), the operator of the Polish grid, published a draft network development plan for 2023-2032. This document was sent for consultations, and later will require a formal approval from the President of the Energy Regulatory Office.

The development plan devised to meet the current and future electricity demand (known as the Grid Development Plan, PRSP) includes all planned investments by the operator over the next decade. From the perspective of PSE, this document defines the biggest challenges and opportunities for the Polish electricity sector. The study is also necessary because of the technical standardisation of the various government and international strategic documents, which often contain contradictory provisions. Considering the responsibilities of PSE, from the perspective of the company it is important to the make directions in which the Polish energy industry should move as clear and specific as possible.

Since the adoption of the earlier PRSP in June 2020, several strategic documents on the prospects of the Polish energy sector have been published. Those included the Polish Energy Policy until 2040 (PEP 2040), the National Energy and Climate Plan 2021-2030 (KPEIK), the Law on the Promotion of Electricity Generation in Offshore Wind Farms and the Polish Nuclear Power Program (PPEJ). These documents included forecasts on what the Polish energy mix will look like in the coming 10-20 years. The assumptions in these documents often diverge, which poses a challenge for PSE, which must plan investments in a way that will include projects from, among others, energy companies, the demand of local energy consumers, as well as strategies adopted by the government.

In addition, PSE investment plans must take into account the trends and regulations arising from international commitments. Here, the key pieces of the puzzle are the European Commission’s plans for the so-called Green Deal, or the plans to develop a cross-border transmission network under ENTSO-E. Another reason for updating the PSE investment plan are the changes in the KSE (national grid) itself, i.e. increased energy consumption, new content of the mix, the development of the prosumer sector or the advancing electrification, as well as potential investments in the high-tech and IT sectors, which require access to large volumes of energy.
PEP and PSE investment plan

Poland’s Energy Policy until 2040 (PEP) is the flagship document of the Polish energy sector. Awaited for years, it was adopted in 2021. Some considered it a milestone, while others were quick to criticize it as archaic in its assumptions.

From the perspective of PSE, forecasting of the future Polish mix plays an important role, with the biggest emphasis on the part played by RES. The share of energy produced from the sun or wind is of enormous importance not only for achieving the energy transition and moving away from fossil fuels, but also from the perspective of future investments in the network or maintaining the appropriate parameters of its operation. According to the PEP2040 by 2030, 33 percent of energy produced in Poland will come from renewables. It is worth pointing out here that this is not a regular forecast, but an ideal mix that will materialize only if certain conditions are met, e.g. CO2 allowances will cost EUR 54 per ton in 2030, or if the demand for energy will grow by 1.24 percent on average in 2020-2040.

However, according to PSE calculations, the level of RES participation in Poland’s energy mix may exceed 50 percent as early as… in the early 2030s.

At the end of 2021, 7306 MW of power was installed in Poland in onshore wind farms and 7780 MW in PV. By 2030, according to the planned investments that have connection conditions, onshore wind farms will see 7630 MW of capacity added, PV’s capacity will soar to 14343 MW, without prosumer microinstallations. In addition, in 2030, the National Power System, will also provide 8389 MW of electricity from offshore wind farms located in the Baltic Sea. Together, this will generate 45.5 GW of installed capacity in renewables by 2030, which according to PSE data could be responsible for the production of more than 100 TWh of energy per year.

Today the consumption of energy in Poland is at around 150 TWh net. According to the PSE projections, in the variant which includes, among othes, 1.8 million e-cars and 1 million of heat pumps, the consumption of net energy will reach 190 TWh in 2032. Thus, the capacity of RES installations alone is expected to provide more than half of energy production after 2030.

PSE understands there is a risk that an electricity supply gap will emerge in the coming years. It will be caused by the continued phase-out of conventional coal-fired power plants, which will not be replaced with other stable sources in time. By 2040, it will be necessary to provide 17.5 GW of available capacity, which will stabilize the national grid.

From the perspective of the operator, it is important to maintain the reliability of power supply to customers in all conditions. Renewable sources are not capable of ensuring this. According to PSE calculations, onshore wind farms have a capacity utilisation rate of 30-40 percent. In the case of offshore wind farms, the figure is 40-48%, while in the case of PV only 10-14%. This amount of energy can be produced in total from those sources when considering mid, annual conditions (winds, solar radiation). The situation is even more difficult in the case of the capacity availability factor, i.e. the amount of capacity available for at least 4 hours during the day. For onshore wind farms, the ratio is 13.94 per cent, for offshore wind farms 19.84 per cent and for PV ot is 2.34 per cent. This means that for every 100 MW of installed capacity in solar power plants, the operator can count on an average of less than 3 MW of available capacity throughout the year. In the case of solar farms, this is evident from the day-to-day cycle of energy production.

In order to ensure the proper functioning of the entire electricity system, taking into account the challenges associated with the increasing share of RES in the overall mix of installed generation capacity, the operator is considering acquiring its own power generation unit or energy storage. PSE takes into account the construction of a unit or units with a total capacity of 500 MW. Such a power plant, e.g. running on gas, would provide a flexible reserve for the operator in case the network needs to be rebalanced. A similar task could be performed by an energy storage unit of a matching capacity, which would be able to operate for at least eight hours.

Another important element of the new investment plan is the construction of a two-track direct current connection for the transmission of electricity from the north of Poland to the south. This necessity stems from a change in the geography of electricity generation and consumption in Poland. Currently, the main power plants that produce energy for the Polish economy are located in the southern and central parts of Poland. Due to the transformation of the Polish energy sector, plans for the development of offshore wind farms, the Harmony Link interconnection with Lithuania and a nuclear power plant on the coast, it will be necessary to transfer energy to outlets located in the south. According to the calculations made by the company, the optimal cost is the construction of a new connection in HVDC technology. An investment of about PLN 10 billion would be enough to transmit 4 GW of power. Direct current lines ensure a minimum energy loss during transmission, which in the overall balance means savings of the order of PLN 200 million per year.

The energy transition is a challenge not only for the energy companies but also for the transmission system operator. The success of Poland’s energy transition depends on the coordination of actions between energy producers and the grid operator. PSE must ensure that the energy generated by new investments, such as nuclear power plants and offshore wind farms, can flow smoothly and without significant losses to customers. PSE’s investment plan for the next 10 years is worth more than PLN 36 billion. This also shows the scale of the company’s commitment and how many investments need to be made in the transmission network. Especially in the context of the reversal of the previously known pattern of energy production in the south.

Capacity, where art thou?
Energy
Considering what has been happening in the energy market in recent days, it is necessary to take a long, hard look at Poland’s capacity […]
More

The spectre of an energy crisis hangs over Poland, but the grid operator knows what to do
Energy
A “state of emergency” on the capacity market is one of the possible answers to the growing demand for energy in Poland. This term sounds […]
More

Hackers may attack the energy sector. Poland is arming itself
Energy
In an interview for Polskie Radio 24, the Government Plenipotentiary for Strategic Energy Infrastructure, Piotr Naimski warned against cyber attacks […]
More