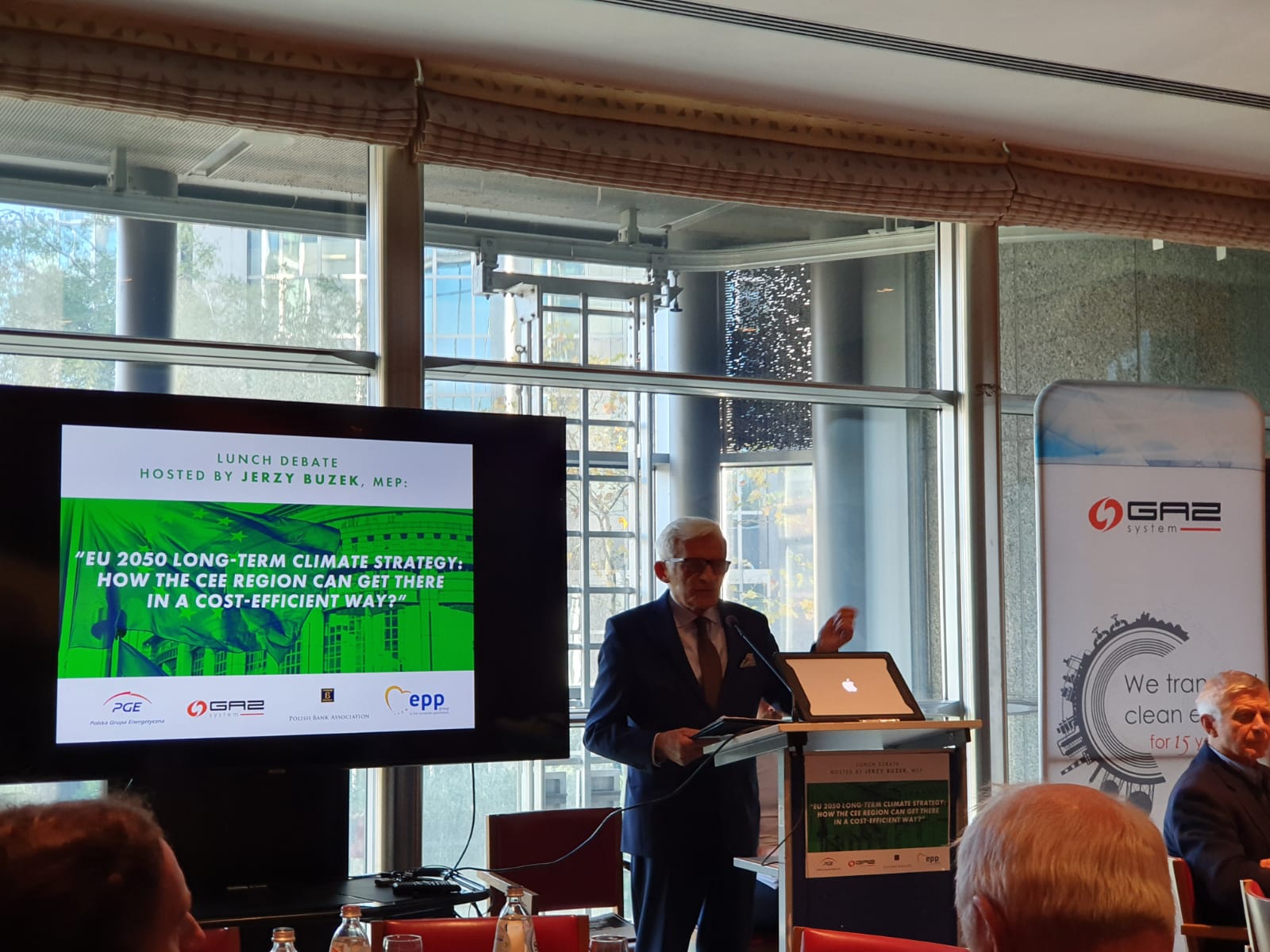 The European Parliament has hosted the participants in the discussion on the financing of the energy transition in Central and Eastern Europe. Polish companies were critical of the decision by the European Investment Bank to discontinue the financing of gas projects.

“The branding of the energy industry as green, brown or whatever is not a result of the economic policy but of ideology,” argued MEP Derk Jan Eppink of the European Conservatives and Reformists Group, who heads the party’s economic committee. “If such a policy will be pushed forward, we will be confronted with an ideological choice detached from the market reality.”

He referred to the proposal by his homeland, the Netherlands, to abandon natural gas by 2050, as an example of an implementation of an ideological plan. “It is an unwise idea. We know from the European Commission that gas is part of the solution and not part of the problem. The taxonomy should take into the account the economic analysis and the market forces instead of central planning under the green flag,” appealed the MEP.

Gas is an energy transition tool

The CEO of the Polish gas transmission operator Gaz-System, Tomasz Stępień, has reminded that Poland has commenced the plan to construct the Northern Gate – an expansion of the LNG terminal and the construction of the Baltic Pipe – to increase the security of supply. However, the increased interest by the power and heat industry in the supplies of this fuel has resulted in a further expansion of the Gate and interconnection of Poland with gas pipelines to the other countries, gaining a justification in the economy and the climate policy. “Gas will be replacing coal in these sectors,” said the CEO.

“Gas ensures stable generation when there is no wind and no sunshine. We have nearly 10 GW of new-build RES projects in Poland. We need to import more gas to Poland. Assuming that gas from the Baltic Pipe will be supplying the power sector, and we will have 6-7 GW in wind farms, a significant potential will arise to fulfil the climate policy. During the entire lifecycle of this project, we will reduce CO2 emissions by our economy threefold comparing to 2016,” continued Tomasz Stępień. He has shared with BiznesAlert.pl that the reduction achieved thanks to using the Baltic Pipe for supplying gas for energy generation and for backing up the renewable sources will amount to 70 million tonnes of CO2 a year. According to Stępień, this is an argument in favour of inexpensive financing of the gas projects. Gaz-System has financed the investments in nearly a third from the European funds.

Gas will be stabilising Poland’s RES

Emil Wojtowicz, Vice-President for Finance at the Polska Grupa Energetyczna discussed the role of his company in the energy transition. He talked about the Dolna Odra gas-fired power plant construction project that will allow a reduction in CO2 emissions and stabilisation of the neighbouring wind farms. “Due to its location, Dolna Odra is indispensable for the stabilisation of the Polish power grid,” he assured.
“In the coming years we will need PLN 6-7 billion for the energy transition,” stated Wojtowicz. From this point of view, the decision by the European Investment Bank to discontinue the financing of gas projects “complicates a smooth transition” in Poland. “A single approach to all the Member States without consideration of their starting points in the energy transition may not be the best solution,” he declared.

Not all the banks support the EIB

Juan de Porraz Aguirre, Vice-President of Santander Bank, has talked about the impact of the energy transition on society. “No one may be left behind,” he stressed. He admitted that, at present, banks are required to demonstrate that their policies support combating the climate change; they have to disclose related documents and assess the risks accompanying the change.

In his opinion, a “rational discussion” should be held on the financing of the changes in the Polish energy sector. Santander intends to support an energy transition in Poland that will give consideration to the social dimension, by financing projects “that will significantly reduce the negative impact on the environment”. “Our position is that the energy companies that will obtain loans on good terms will be able to significantly and quickly improve their market value,” summed up the Bank’s representative.

Santander Bank has presented the companies from the Central and Eastern Europe with a proposal for green loans, green bonds and other solutions they may benefit from. Gas projects will not be excluded from this financing.

The EC does not give gas up, despite the decision of EIB
GAS
The European Commission announces that its policy will increasingly integrate the energy sector with other sectors in order to create synergies for […]
More