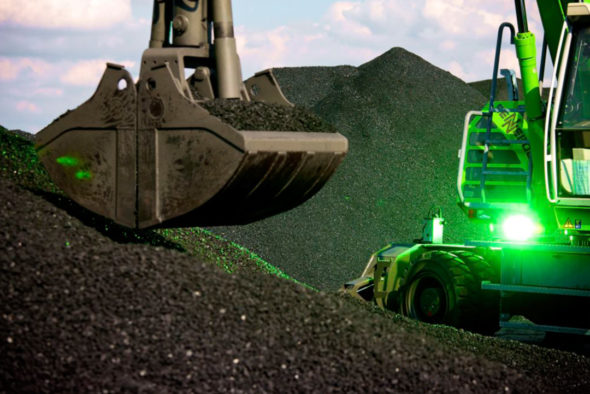 The exchange obligation, i.e. the requirement to sell energy on the exchange may be abolished at the beginning of next year. However, it turns out that the European Commission, which will assess the Polish plan to separate coal assets, may require the exchange obligation. Will Poland have to reinstate it in a year? – Bartłomiej Sawicki, editor at BiznesAlert.pl, asks.

According to the Ministry of State Assets, the modernization plan for Poland’s energy sector will be revealed by the end of this year thanks to the fact that the government reached an agreement with miners on shutting down the coal sector within the next 30 years.

Consolidation of the energy sector without coal

Yesterday Polska Grupa Energetyczna (PGE) presented its strategy by 2030 with a perspective until 2050. During the conference the company was asked about the consolidation of the energy sector, which would involve merging PGE, Tauron and Enea after carving out their coal assets. According to PGE CEO Wojciech Dąbrowski this solution makes sense. “In our opinion the merger of the three groups (PGE, Tauron and Enea – ed.), without their coal assets, would be a sensible solution, but that is not our decision to make,” he said. He also added that separating coal assets, a task for which the Ministry of State Assets is responsible, from energy companies should start quickly, at the end of next year at the latest. Dąbrowski pointed out that if PGE does not carve out its coal assets, it will have to announce bankruptcy within a year and a half. The entity that will take over PGE GiEK coal assets is called the National Agency for Energy Security (Narodowa Agencja Bezpieczeństwa Energetycznego, NABE). Its task will be to gradually take over coal power plants, and maintain energy security in case of the instability of renewable energy sources whose participation in the energy sector will grow.

Is the exchange obligation to blame for growing energy import?

Point six of the agreement between the government and mining trade unions says that the obligation to sell energy on the exchange will be abolished, even though it seems this is the most transparent way to buy and sell energy. Trade unions believe this will stop energy imports from abroad. The agreement says that the government will amend the law to get rid of the obligation to trade energy on the power exchange. This will supposedly result in lowering the amount of power that is imported. However, the Polish Power Exchange (TGE) claims the obligation does not impact imports. Abolishing the obligation will not lower the deliveries from abroad. During one of the conferences in the fall in Cracow, TGE CEO Piotr Zawistowski explained the power market was dealing with the so-called market coupling. At this point that mechanism applies to the links between Sweden and Lithuania. “The energy is transferred from areas with lower prices to places with higher prices with consideration to internal mechanisms, market contracts and limitations on energy transmission. Does this mean changing the exchange obligation may curb imports? Actually no, because the regulations on the obligation do not deactivate this mechanism,” Zawistowski said when explaining the fact that abolishing the obligation will not stop energy imports. The exchange obligation, which determines how much energy the producers need to sell via the exchange, is currently at 100 percent.

Moreover, according to Grzegorz Żarski Business Development Director at TGE, while abolishing the obligation may not stop energy imports, it may complicate the process of carving out coal assets, which, based on what some of the energy companies claim, may help them increase investments in the renewable energy sector and distribution thanks to better borrowing possibilities.

During the Congress of the Polish Gas Industry, Żarski said that the press has been revealing the details of the consolidation of the energy sector and separation of the coal assets. “Let me remind you about the story about the Rybnik power plant, which, after EDF had left, became a part of another company in result of consolidation. The European Commission agreed to the consolidation, but the generated energy has to be sold on the exchange,” he said. Therefore, a question arises – in the context of the planned consolidation of the energy sector that is to be completed by the end of next year, are we complicating things for the future by abolishing the exchange obligation? We can abolish the obligation by adopting a bill, but it may turn out that, like in the case of Rybnik, the EC may agree to the consolidation provided that the generated energy will be sold on the TGE. “Chaos may ensue. At the beginning of the year we will adopt a bill to abolish the exchange obligation, but it may turn out that a few months later the obligation will be reinstated by the EC,” he added.

Amending the energy law to abolish the exchange obligation may happen before the end of the year, which will be at a point when the social agreement with miners, which will seal the demise of the sector in 2049, will be signed. At the same time, also before the end of the year, the project for carving out the coal assets should be ready. The EC will have to be notified about the process and it will be able to grant conditional consent, i.e. the requirement to sell the energy on the exchange. Does this mean we will have to go back to the exchange obligation? The participation in the consultations of such a project may turn out to be vital for the entire energy transition process in Poland.

Batory: The energy and gas market needs the right balance
Energy
According to Łukasz Batory, senior associate and legal advisor at Banasik, Woźniak and Co. law firm, while no exchange obligation and 100 percent […]
More