Forum Energii: The last such auction

The fourth capacity market auction was held on the 6th of December 2019. Although there were some long-awaited new projects, the Santa Claus gift (which the capacity market support could be) was offered primarily to the existing coal-fired units, which in most cases decided to modernize. They were allowed to participate in the auction for the last time, as the European Union regulations will not allow such participation from next year – write dr Aleksandra Gawlikowska-Fyk and Rafał Macuk, analysts of Forum Energii.

The preliminary results of the fourth auction provided by Polskie Sieci Elektroenergetyczne (PSE) show that capacity agreements were concluded for 8671.154 MW at PLN 259.87 per kW/year (more than EUR 60). After taking into account the agreements longer than one year from the previous auctions, a total of 22.1 GW was contracted for 2024. The final results will be published by the President of the Energy Regulatory Office within 21 days after the auction.

This year’s auction was the last one, in which existing coal-fired power plants could compete. Most of them conscientiously took advantage of this opportunity by deciding to modernise and winning contracts until 2028. After that date, they will still be able to operate, but they will receive revenues only from the energy market. The fact that modernised, new and DSR units dominated resulted in the price being set at a high level. Such results are also to be expected next year when, due to the limit of 550 g, the existing coal-fired units (the price-takers) will not be able to take part. Until then, however, we are waiting for a discussion on what to do next with the capacity market. 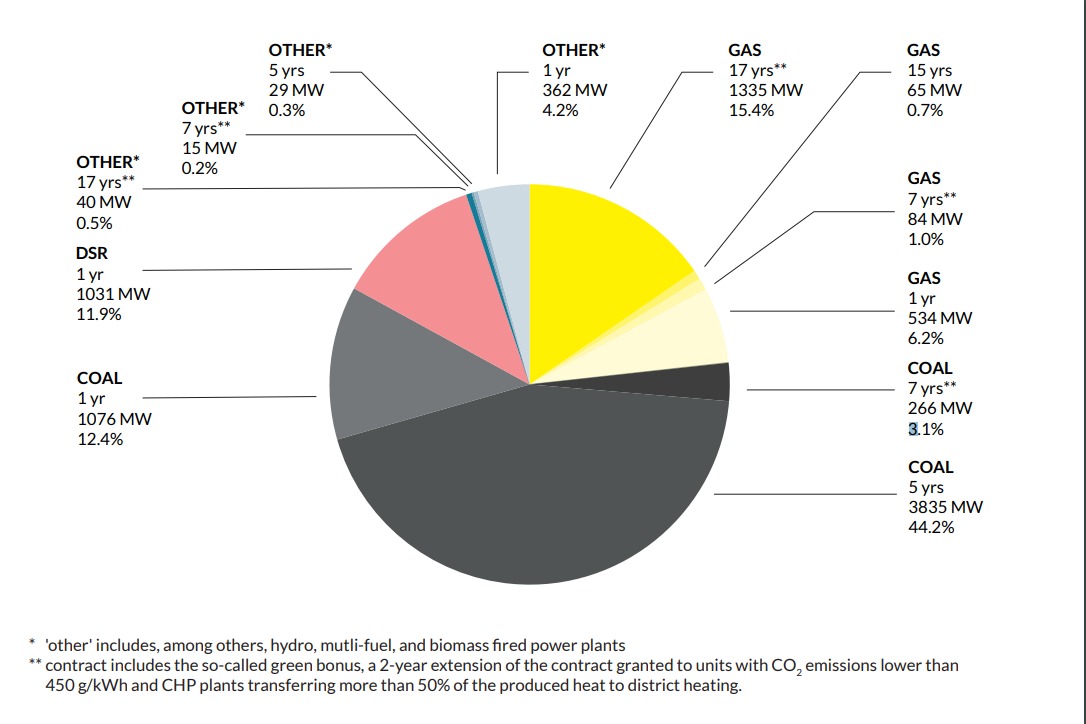 Capacity market underneath the Christmas tree?
Energy
Draft law on power market ready to vote at the session of the Sejm on 5 – 7 December. On November 24, the Sejm Energy and Treasury Committee […]
More

Baca-Pogorzelska: Polish energy sector needs billions
Energy
“If we add up all plans of energy companies for the coming years, we will come up with infinity. Or at least with amounts that will give us a […]
More