France in the game for a nuclear contract in Poland. The final decision is close 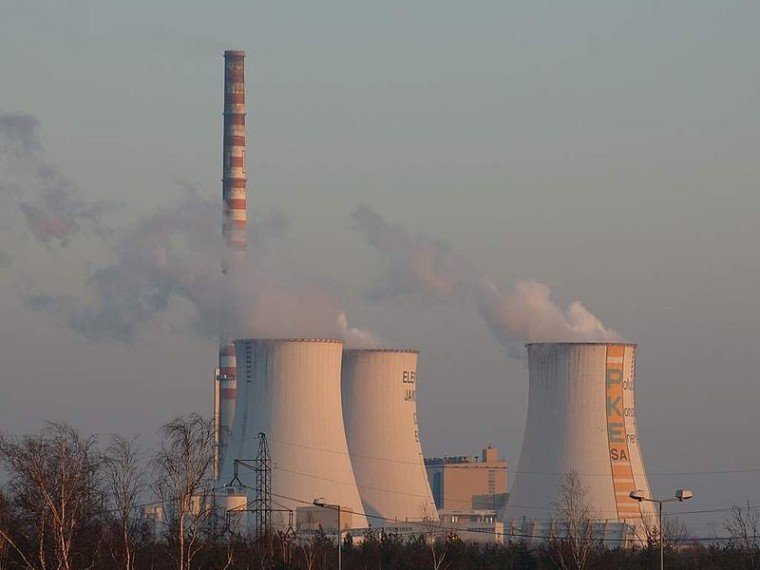 The French are not giving up on their fight for a nuclear contract in Poland. The foundation of Poland’s 2040 energy strategy may be developed with their participation, and considering the favorable trends in Europe, a decision on this may be made soon – writes Wojciech Jakóbik, editor in chief at BiznesAlert.pl.

The Gazeta Prawna daily wrote that on the 2nd of February, the CEO of Frances’s EDF Jean-Bernard Levy will meet with the Government Plenipotentiary for Strategic Energy Infrastructure Piotr Naimski and the Minister of Climate and Environment Michał Kurtyka. According to the Polish Press Agency (PAP), the French ministry of trade also said that on the 2nd of February the French Minister of Trade and Investments Franck Riester will visit Poland to meet with the Climate Minister, the Secretary of State in The Ministry of Infrastructure and the Government Plenipotentiary for the Central Communication Port Marcin Horała, as well as the Undersecretary of State Robert Tomanek responsible for supervising state-owned energy companies. “France is hoping to tighten the Polish-French cooperation in the energy, IT and transport sectors,” the French ministry said in a statement quoted by PAP, which also reminded that Riester’s visit will take place almost a year after the French President Emmanuel Macron visited Poland.

Whereas, on the 1st of February France’s Minister for European Affairs Clement Beaune called on Germany to withdraw from the contentious Nord Stream 2 project, after the arrest of Alexei Navalny, the Russian opposition leader. According to Beaune, the current sanctions against Russia are not enough, but the decision on Nord Stream 2 belongs to Germany. “Today this decision belongs to Germany, because the gas pipe leads to Germany,” he was quoted by PAP. Even though this statement may be welcomed in Poland before the talks with the French, it does not represent a qualitative change in relation to the comments made by president Emmanuel Macron back in August 2020, when he said that Nord Stream 2 would increase reliance on Russia, which should be avoided. “I don’t think the approach that we ought to have with Russia should be one of naivety nor do I think it should be nourished by an increase in our dependence on Russia. This has always fuelled my reservations about the Nord Stream 2 project. The German chancellor knows it,” the French president was quoted by PAP. Despite these statements, France’s Engie did not back away from bankrolling the Nord Stream 2 project, even though it took such steps with regard to its partners, e.g. when it comes to LNG deliveries from the U.S. However, it is worth pointing out that western companies have already transferred the money to the Nord Stream 2 bank account, so withdrawing the financial support formally would not have any watershed importance for the investment, which is at more risk due to the U.S. sanctions that have impacted the pipe’s construction and go-live.

France’s engagement in Poland’s nuclear project was indicated earlier. The talks with the French took place in Poland and Romania already in October 2020 and concluded with an agreement on developing nuclear power with the Romanians. This happened despite the fact that it was the Americans who signed a contract for modernizing, expanding and building the Cernavodă NPP, which we wrote about on BiznesAlert.pl. According to that cooperation model, companies from Canada and France are allowed to join the American contract. France’s Orano will be responsible for supplying, managing and recycling nuclear fuel. The company could play a similar role in Poland, even if France’s EDF is not selected to provide nuclear technology. One could also imagine a scenario where Poland buys the French technology, but is at the same time able to maintain the financial engagement of Americans, who could offer Poles a multi-billion loan that would make nuclear power as profitable as in Romania. In an interview for BiznesAlert.pl, EDF’s representative argued that the company’s large EPR reactors with a capacity of 1.650 GW are able tp provide more capacity in less time than America’s Westinghouse’s AP 1000 reactors. Probably because of the possibility to use reactors of various capacity, the Polish Nuclear Power Programme includes a statement about ensuring 6-9 GW of nuclear capacity by 2043 with the first reactor in 2033. Interestingly, even the questionable report commissioned by Germany’s Greens warns about the explosion of a reactor with a capacity of about 1.5 GW. In October Poles were clear about the fact that the race was still on and that apart from the American offer they had a plan B. Perhaps a tandem would combine proposals from both sides of the Atlantic and finally settle the future of nuclear power in Poland.

Poles may finally make a decision about going nuclear

Considering that the Polish Nuclear Power Programme has been endorsed and that the Council of Ministers is planning to adopt a resolution on the Polish Energy Strategy by 2040, which was included in the government’s work schedule for the 2nd of February 2021, it looks like the government is closing in on making a decision. These strategic documents should facilitate the in situ works, and the preparation of the financing model with a foreign partner or partners. “We are waiting for the environmental and location reports until the end of 2021, which will enable us to select the location. The most advanced research has been conducted in Pomerania. It looks like the location for the first nuclear power plant will be selected from among sites located by the seaside. Our partners from the U.S. are responsible for drafting a proposal. This is our plan for this year,” Tomasz Nowacki, the Director at the Nuclear Energy Department in the Climate Ministry, said in an interview with BiznesAlert.pl. The government plenipotentiary for strategic energy infrastructure, Piotr Naimski said in a radio program on Polskie Radio 24 that the State Treasury is now in the process of taking over shares in the company that will implement the PGE EJ1 nuclear program. In his opinion the process is time consuming, but later on it will make it possible to hand over 49 percent of the shares to the partner of the Polish nuclear program. The stock was supposed to have been transferred by the end of 2020, so we should expect the process to conclude in the coming weeks.

It is worth stressing that the Polish approach to the energy strategy is becoming increasingly more popular in Europe. More countries are going back to nuclear energy, including Holland which is planning to build three to ten reactors in order to achieve climate policy goals, and at the same time not be reliant on imported gas, as its own reserves, including Groningen, are being depleted. Japan decided nuclear power was necessary to implement climate neutrality goals. Finally, France whose president had a short affair during the election campaign with the RES lobby, asked the EDF company to verify whether six new reactors could be built. That decision is to be made by the end of 2022. Poles perceive the atom in a similar way, because it is to become the pillar of decarbonization of the country’s energy sector. The strongholds against nuclear power are still holding up in Austria and Germany, but they are getting weaker in view of objective arguments for the atom and the harsh winter, which shows stable energy sources are a necessity.