Fuel is expensive, and things may only get worse (ANALYSIS) 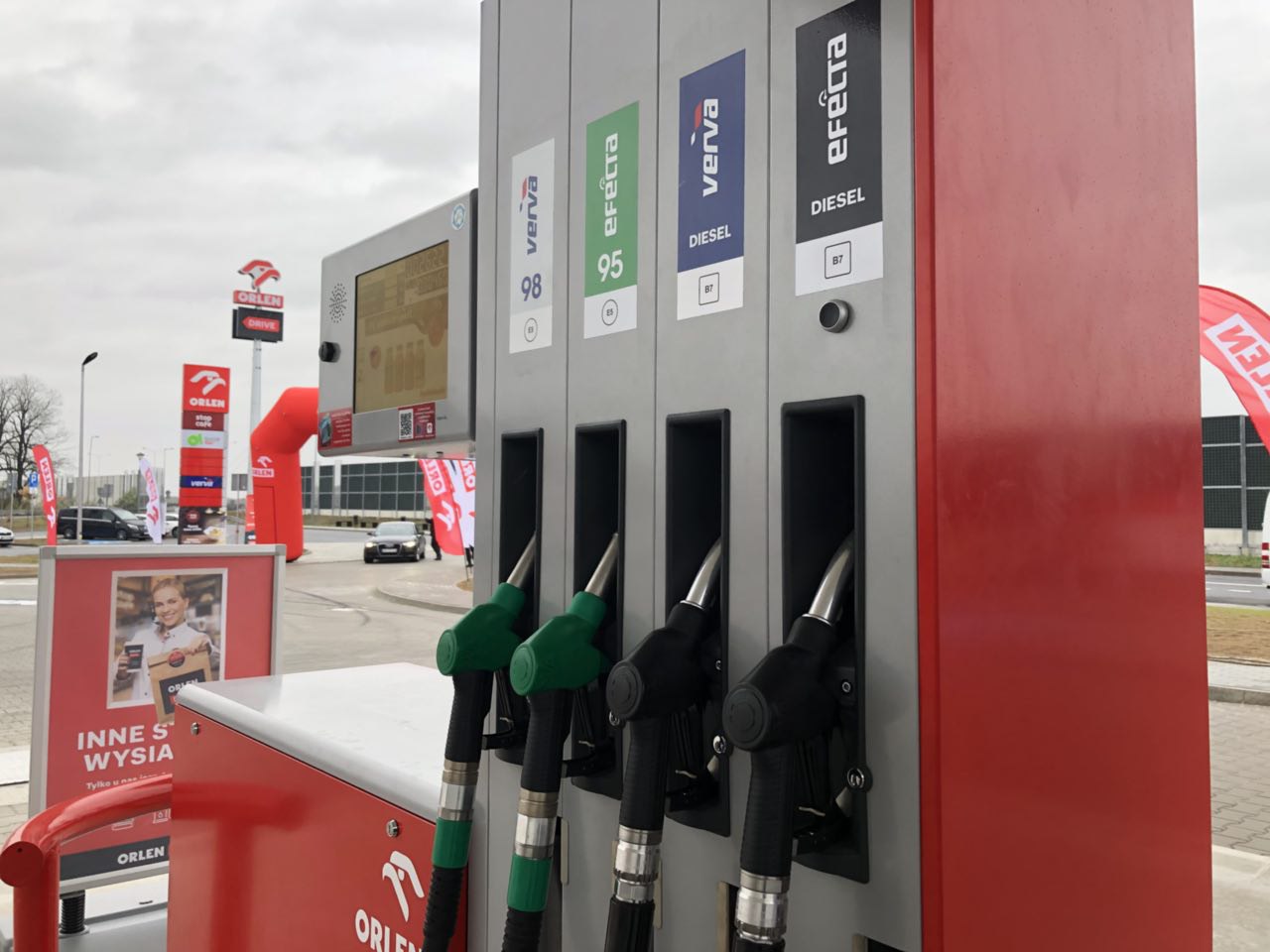 Polish drivers can’t stop talking about the return of the 23% VAT on fuel. However, the European fuel market may be doomed to more price hikes once the sanctions on Russian oil products are introduced – writes Mariusz Marszałkowski, editor at BiznesAlert.pl.

Gas prices are going up, but not everywhere

Every driver is directly and indirectly interested in the price of fuel at gas stations. This price affects not only the cost of travel, depending on the fuel consumption, but also the cost of logistics and production of many goods and services. The higher the price of fuel, the higher the cost of transportation, which ultimately translates into retail prices. As of the first of January 2023, prices at gas stations have increased in connection with the return of the “old” VAT rate on the sale of fuel. I noticed it myself when I was buying fuel on the 31st of December and then on the 1st of January. At one of the gas stations of a leading foreign brand, I paid on December 31 for a liter of LPG 2.78 PLN, while at the same station a day later I paid already 3.14 PLN. The same happened to gasoline prices. On December 31 for the popular gasoline “95” I paid 6.66 PLN per liter, while a day later the price at the pump jumped to 6.83 PLN per liter.

Customers of PKN Orlen may not have noticed a big difference at gas stations, because the company significantly reduced wholesale fuel prices the day before the end of 2022, which allowed it to keep the prices at roughly the same level as when the VAT was at 8 percent. The final price of fuel at gat stations largely depends on the sales strategy of a given concern, but also on the ownership structure of the stations themselves, that is, whether a given shop is a franchise or sells fuel directly. Franchisees tend to pay more attention to retail margin as their main revenue driver, so prices at franchise stations tend to vary more than at those managed directly by the company. Orlen, which owns refineries in Poland, has more flexibility in regulating prices, which often impacts sales strategies of other companies on the fuel market. A good example of this are fuel discounts the Polish tycoon introduced in the summer of 2022. This tactic was soon followed by other market players. However, the first days of January are not the right time for a reliable verification of gas prices. Wholesale prices set on 31 December determine the prices of fuels sold in bulk on that day. Those who bought fuel from Orlen in bulk on 30 December want to sell it at their gas station at a price that is adequate to the wholesale cost at the moment of purchase. It is therefore not surprising that at some stations prices immediately reflected the VAT increase to 23 percent. It will take at least two to three weeks before the prices on the market even out and all gas stations start to adapt the purchased product to the situation on the market. Orlen, as a dominant player with its own production assets and the largest number of stations in Poland, has a privileged position.

The wholesale price of 95 gasoline sold by PKN Orlen on December 30, 2022 was PLN 5,936 per cubic meter. On December 31, the day before the introduction of the higher VAT rate, the company from Płock (Orlen’s HQ is in the town of Płock – ed.) reduced it to PLN 5245 per cubic meter. On January 1, 2023, the price dropped to PLN 5,106 per cubic meter. According to a forecast by E-petrol.pl, the average price of the 95 fuel in the first week of January 2023 is expected to range from 6.68 to 6.83 PLN per liter. The wholesale price of the 95 at PLN 5,000 corresponds to the level of wholesale prices on February 23, 2022, when Orlen sold a cubic meter of this type of fuel in bulk for PLN 4,982. Then, according to E-petrol.pl, the average price of 95 in retail was about 5.40 PLN per liter. However, it is worth remembering that back then the VAT on fuel was eight percent, a barrel of Brent crude oil cost USD 94.75, and the exchange rate of the zloty to the dollar was PLN 4.09.

At the beginning of 2023, drivers will pay an average of 1,20-1,40 PLN more for a liter of 95 and over 2 PLN more than than a year ago in the case of ON (in Poland the symbol for diesel fuel at gas stations is ON – ed.).
There are many factors that affect the price of fuel, and these are not just stock indices related to the price of a barrel of oil or the dollar or the euro. Fuel prices also include the cost of buying gas needed in the refining process, the electricity that refiners have to buy on the exchange, CO2 allowances, and personnel costs. In all these categories, we have seen significant growth in the last year.
The cost of diversification is another contributing factor. Bringing Russian oil via the Druzhba pipeline to the refinery designed to process this particular grade was the most cost-effective economically. Today, it is necessary to look for oil on the market in remote countries, from where oil must be transported by tankers, and the cost of freight is historically high due to demand. These costs are trade secrets, but the fact that companies can’t talk about them doesn’t mean they don’t exist. Gasoline and diesel are commodities like bread, butter or coal. When prices of everyday products go up, one cannot expect that the prices of this commodity will stay put.

The prices will probably continue to climb up

Orlen, explaining the changes in fuel prices throughout the previous year, referred to the prices listed on the exchange, including the Amsterdam-Rotterdam-Antwerp (ARA) hub. This is where a big portion of Europe’s oil trade takes place. The wholesale prices set by Orlen are therefore related to those at the TTF or ICE indices. Since the beginning of November, fuel prices in European markets began to fall – at the beginning of the month the price of diesel on the exchange exceeded USD 1,000 per ton. The price hit the bottom on 5 December, when it plummeted below USD 500. Since then, the prices have been slowly climbing up again. On January 2, the price on the exchange jumped to USD 941, which also heralds a negative impact on the domestic market in the near future, compounded by the effect of the increase in the VAT rate. The same is true for gasoline prices of the American RBOB index. In early December, a gallon of unleaded petrol cost just over USD 2.04. At the beginning of 2023, the price has already exceeded USD 2.5.

What is the reason behind the increase in the prices of finished fuels in the markets? This is caused by the embargo imposed on deliveries of Russian oil by sea in the EU, and the growing fuel demand due to the New Year period and the improving economic situation in China. It is the loosening of covid-19 restrictions that has made the Chinese more mobile, and their demand for fuel is growing. However, soon, especially in Europe, the main factor affecting the increase in fuel prices will be the embargo on oil products from Russia that will enter into force on February 5. Since the ban on maritime supplies from Russia, refineries in Europe can not bring oil via this route. A large part of the refineries ended cooperation with the Russians even before the restrictions came into force. However, plants in Central Europe, where this type of oil has been a major part of production for years, face a greater challenge. This is a result of historical dependence, infrastructural conditions such as the availability of oil pipelines or the appropriate adaptation of oil refining facilities, as well as the demand factor. Diesel oil is still the main fuel used in the Polish economy, and the Russian Urals oil offers an appropriate yield of this type of product. Probably this is why the government and Orlen are giving evasive answers on whether they will completely drop Russian oil. On the one hand, Poland’s calls for abandoning Russian oil are the loudest, but on the other as one of a few countries in Europe it can still buy Russian oil thanks to the Druzhba pipeline, as it uses a loophole in the sanctions, for which Hungary had fought the most. The contract with the Russian Tatneft, which Orlen signed in 2020, will expire in 2024, and until then we will import oil from Russia, unless, as the government assures, EU sanctions on oil supplies from Russia, including through the northern thread of the Druzhba, will come into force, as BiznesAlert.pl reported first. Limited access to crude oil from Russia is challenging for some refineries in Central Europe. However, this embargo on oil products of Russian origin, that is, finished products from oil produced in Russian refineries, will be even more painful for states that do not have such plants or have ones that produce only light distillates due to technological reasons.

These products in the form of diesel, oil fuel or gasoline went mainly to the Netherlands, Belgium, Turkey and the United Kingdom. In 2021, the European Union imported more than 1.2 million barrels of oil products from Russia per day, about half of which was diesel oil. Some of these products, such as heavy heating oil was mixed in local refineries in order to produce light heating oil or diesel oil. For the same purpose, heating oil was imported by American refineries, which produced other petroleum products from it with deeper processing technology. Thus heating oil from Russia replaced … crude oil from Venezuela, which as a result of sanctions stopped flowing to the United States.

The lack of oil products from Russia will reduce supply on the European market, and as a consequence, may lead to price increases on the exchange. The ongoing price hikes show that the market is afraid of the economic impact of this blow to Russia. In the second decade of the 21st century, the country intensively modernized its refineries in order to process as much oil as possible at home, and continue to sell much more marginal petroleum products. Part of the European market has become more dependent on these products than on crude oil. The fact that some refineries in Western Europe have been shut down in recent years only exacerbated this problem.

Fuel will be available, but it may be more expensive

Poland should have no problems with meeting the demand on the fuel market, despite the fact that about 30 percent of fuel consumption is covered from imports. However, we should not expect that the situation on the European market will bypass us. Orlen, BP or Shell are not to be blamed for this, because these companies only adapt to what is happening in the market. However, it makes sense to prepare for the fact that in more than a month we will forget about the return of the 23 percent VAT as new challenges will arise due to the continued entanglement between the EU market and Russia.

A crucial step on the way to PKN Orlen-Grupa Lotos merger
Energy
PKN ORLEN S.A. (“Company”) hereby notifies that on 26 August 2019 an agreement was signed between the State Treasury, the Company and Grupa LOTOS […]
More