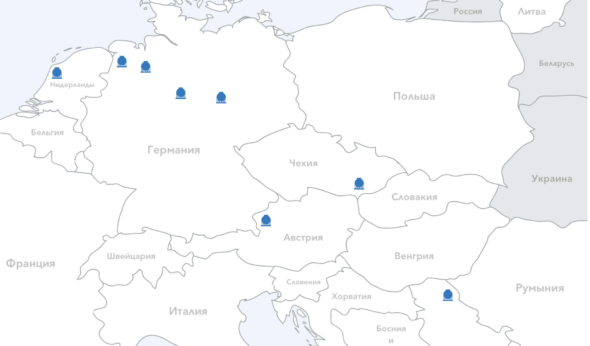 Gazprom, apart from limiting gas transit to Europe via its export gas pipelines, is also persistently emptying the European gas storage facilities under its control. This is leading to historically high gas prices on the European market, and is a harbinger of a crisis in the coming heating season – Mariusz Marszałkowski, editor at BiznesAlert.pl, warns.

Yet again Gazprom has decided not to book additional capacity via the Ukrainian territory. Despite a huge demand for gas in Europe caused by, among others, the need to fill up gas storages, the Russian company booked only… four percent of additional transmission capacity as part of a monthly firm capacity, in which 15 bcm of daily capacity was offered. This is just 650 tcm over the contracted volume that amounts to 124 mcm of gas a day (40 bcm a year).

These decisions, plus a shortage of LNG spot deliveries, which the producers are now shipping to Asia, are causing record gas prices on European markets, despite the fact that the heating season hasn’t even started yet. On the 17th of August, at the Dutch gas hub TFF, the spot price of gas exceeded another historical peak and reached USD 585 per tcm. To compare, in February 2020 even before the coronavirus pandemic in Europe erupted, a thousand cubic meters of gas at the TTF exchange cost USD 101.7.

Fully aware it can afford to act this way, Gazprom is putting the cap on gas supply to Europe. By manipulating the supply, the company is driving up gas prices at a time of the year when they should be at their lowest.

Gazprom is drying up its storage facilities before winter

On the other hand, Gazprom is making it impossible to replenish European gas storage facilities. The Russian tycoon is hoping that in the coming winter season it will be able to use at least one line of the Nord Stream 2 pipeline, which at a time of the biggest demand will be a “savior” for European gas consumers. Undoubtedly Gazprom is going against the free market logic, but since its position is so strong and in the coming years will become even more resilient thanks to Nord Stream 2 and the Turkish Stream, it can afford to act this way.

So far, Europe was concerned about gas supply being halted for political reasons, but now it may turn out that Gazprom will purposefully limit the supply to reap profits.

However, the giant from Petersburg has yet another card up its sleeve, offered by the Europeans themselves, mostly Germans.
The card in underground gas storage facilities. Through its German daughter company – Gazprom Germania, the Russian giant controls eight gas storage facilities located in five European states. Four are in Germany, while Austria, Holland, Serbia and Czechia have one each. The total storage capacity is 12.3 bcm, but there is an additional 2.5 bcm at three facilities where Gazprom rents space.

Apart from Germany, Gazprom also has a majority share in the Bergermeer facilities (4.3 bcm) in Holland and in Austria’s Haidach (3.1 bcm).
Thanks to these capabilities Russians can impact gas prices in Europe. In theory, if Gazprom followed the rules of the gas sector, it would be replenishing the gas in Europe to quickly sell it during the winter season when the price is usually higher. Thanks to trading the stored gas when the prices were higher, Gazprom recorded a positive financial result last year. However, today the situation looks differently. Instead of pumping the gas into the storage, Gazprom is… pumping it out, and this is how it is meeting its obligations to clients. According to Gas Infrastructure Europe, gas storage facilities owned by Gazprom, are full at just 18 percent. This is the lowest level in the past eight years. In total they hold 1.8 bcm of gas. In general, according to the data from 17 August gas storage facilities in Europe are filled at 61.9 percent, which means they physically hold 67.23 bcm. This is one of the lowest levels in the past years as well. However, one needs to remember that one of the important reasons for this is the fact that Gazprom is keeping its European gas reserves low as well.

Seeing the panic on the markets, the company is trying to exacerbate the situation by publishing statements on the European storage facilities having the lowest level of gas in years. According to the data from Russia, only 31.9 bcm of gas was replenished, whereas last year 66 bcm of gas were consumed. Of course this does not completely reflect reality. In the previous years, due to warm winters, the gas storage wasn’t often emptied even at 50 percent, which in the end translated to a high level of reserves at the beginning of the heating season. Nevertheless, this narrative is impacting the mood of the market players, and thus is hiking the already steep prices.

Poland has an alternative

Gazprom’s goal is to instill in Europe a sense of threat that there will be a shortage of gas supply in the winter season, which is to change its attitude towards the Nord Stream 2 project. Gazprom wants to show that without this pipeline Europe will be sentenced to high gas prices in the future. At the same time Russians are trying to undermine the reliability of LNG supply, as at this point it is mostly going to Asia where the prices are even higher than in Europe.

In this case, Gazprom is also fiddling with the truth. Those clients who signed long-term contracts, such as Poland’s PGNiG, regularly receive contracted LNG deliveries both from Qatar as well as from the US. Problems emerge in case of those who based their strategy on spot transactions only. Those are indeed heading for Asia right now.

However, regardless of the prices and the situation on the LNG market, Gazprom, which owns gas connections (including via Poland, Ukraine and Nord Stream) is abusing its position to coerce Europe to support Nord Stream 2, which will increase the company’s revenue. Is this illegal? Surely not, that’s the nature of the free market. However, does the way the Russian company is acting confirm that it is a reliable partner it so desperately wants to be seen as? Surely, also not. Either way new price hikes, or even perhaps a gas shortage during the heating season, for those who don’t have any reserves, are already luring on the horizon. Polish storage facilities are currently full at 87 percent, and their capacity is at about 3.5 bcm.