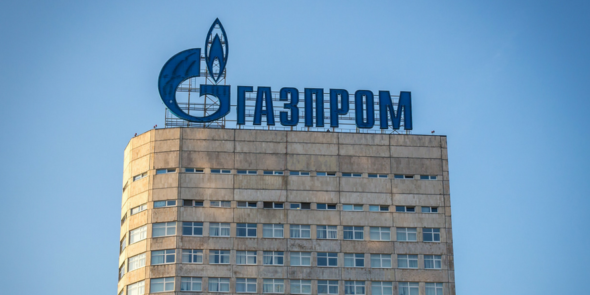 The record gas prices have encouraged a plethora of articles that can be used to promote the idea of signing a new long-term contract with Gazprom – writes Wojciech Jakóbik, editor-in-chief at BiznesAlert.pl.

Previously I described how Gazprom’s latest game is to force the launch of the disputed Nord Stream 2 pipeline and win as many long-term contracts as possible to cement its, and thus the Kremlin’s influence in Central and Eastern Europe. I also wrote that Gazprom may try to use intermediaries and the energy crisis to organize the Polish gas market to its liking. This would lead to the privatization of Poland’s gas policy, and a new form of dependence on Russia, a development which would go contrary to the diversification plans that Poland has been implementing with varying degrees of success for several years. A number of publications and pieces circulating on social media, which argue for a new contract with the Russians, is a prerequisite for further consideration on this issue. Tomasz Urbaś extensively tweeted on the Yamal contract between PGNiG and Gazprom, which will expire at the end of 2022. He argued that in 2012 Donald Tusk’s government negotiated a “safety clause”, which was a guard against price risk, which materialized during the current energy crisis. According to Urbaś, the change in the pricing formula as a result of PGNiG’s victory in the arbitration court with Gazprom in 2020, which made it more dependent on the prices on the European exchange, exposed Poland to the risk of price fluctuations during the energy crisis. The columnist reduced the discussion on this topic to the long-standing conflict between Donald Tusk and Jarosław Kaczyński, neither of whom took part in the PGNiG negotiations, but are a more worthy target of analysis, as their feud generates more public interest.

Urbaś suggested that the element of the pricing formula from the Yamal contract that makes the value of supplies dependent on the price of oil from the last half-year or quarter is Tusk’s “safety clause”. Firstly, the pricing formula in the Yamal contract has depended on oil since the beginning, and secondly, the Poles, after the collapse of the post-communist government in 2005, aimed to reduce the influence of this factor on the price consistently and independently of the ruling coalition. The pricing formula of the Yamal contract was challenged by PGNiG when the Civic Platform (Tusk’s party – ed.) and the Polish People’s Party coalition government was in power. On October 28, 2014, the company submitted a request for renegotiation of the pricing conditions taking into account “the significant changes that have taken place in the European energy market in recent years”, according to the company’s statement back then. Even then, PGNiG sought to include the prices at European exchanges in the Yamal contract, which at that time was one of the most expensive in Europe due to its dependence on the prices of expensive oil, which was not available on the lower-priced exchanges. When the value of 1000 cubic meters of gas from Russia was estimated at more than USD 400, supply from the exchange cost between USD 200 and 300. As a result of the antitrust investigation against Gazprom, the European Commission also recommended changes to contracts in Central and Eastern Europe in order to make the price more dependent on the conditions on the European exchange. This is likely to continue after the end of the energy crisis, as shown by Gazprom’s new contracts with an increased share of the exchange in pricing formulas for the Greek, state-owned DEPA and private companies from Turkey. It is worth mentioning that the Poles repeatedly appealed to Gazprom to change the terms of the contract amicably, but the Russians rejected this proposal, most recently in 2021. It is for this reason that the dispute ended in an arbitration won by PGNiG.

Poland’s continued efforts to diversify its gas supply and increase participation of Western exchanges in gas prices is also confirmed by the launch of the reverse on the Yamal pipeline in 2014 at the Mallnow point, which makes it possible to import gas from Germany. The connection was launched when Jan Chadam, from Donald Tusk’s team, was head of Gaz-System. “In this way we can import 2.3 billion cubic meters to our country per year from the western direction,” he told me back then in an interview for BiznesAlert.pl. PGNiG still uses this source, and it is often responsible for up to 25 percent of deliveries. This tactic has recently come under fire from Russia, when president Putin himself accused Poles and Germans of “unreasonable sale of gas” with the help of the reverse on the Yamal pipe. This comment was made probably because this gas goes to Ukraine, thanks to which it hasn’t had to import gas from Gazprom since 2015. Also by the Dnieper the number of opinions about the need to return to the table with the Russians has increased, and this is no accident. Up until now the diversification of gas supply to Poland has not been part of the ongoing Polish-Polish war, and using the energy crisis to fuel the conflict, will only serve the interests of Gazprom that wants to capture the Polish market. The energy crisis is being deliberately deepened by the Russians who want to set up a stage for a new long-term contract. This is a scheme that perhaps Tomasz Urbaś, who writes about the growing gas prices in Poland, has fallen under the influence of. The provisions of the Yamal contract with the old oil-dependent price formula appear as a bulwark in times of an energy crisis and a relatively low oil price, but after 2005 they have been consistently questioned by all subsequent governments that also continued the diversification policy. Meanwhile, political tirades about Donald Tusk and Jaroslaw Kaczyński are gaining public attention.

Bezprawnik.pl published an opinion inspired by the tweets of Tomasz Urbaś. Rafał Chabasiński encourages talks with the Russians in fear that “Poland will get frostbite on something”. “As already mentioned, the contract with Gazprom expires at the beginning of 2023. Already it is worth asking the question: what;s next? The gas policy of the government is based on the assumption that erything will be fine, because in October this year we will launch the Baltic Pipe and become independent of supplies from Russia. Gazprom still supplies us with 55 percent of gas,” an article on Niebezpiecznik.pl says. “But what if something goes wrong again? It is worth noting that this winter, the Russians are not interested in short-term contracts at all. Hopefully, in the end, it will not turn out that Poland, rising from its knees, will either hit something, or get frostbite,” asks Chabasiński. In a similar vein, the Russians, through the mouth of Deputy Prime Minister Alexander Novak, are trying to influence Poles, Germans and other Europeans by showing an alternative: just sign a new contract, preferably after agreeing to Nord Stream 2 and everything will be fine. Some could say that this is a new, more sophisticated form of blackmail, the best example of which is the opinion published by the Kommersant daily from last December. This newspaper fears that if deliveries via Nord Stream 2 do not start after certification, the Russians will not extend the contract with Ukraine ending in 2024. However, without Nord Stream 2 Russia will still need Ukraine’s gas pipelines to maintain supplies to Europe. “I find it hard to believe that any German politician would choose to deprive their voters of heat and electricity for the sake of abstract obligations to a third country,” said the author of the article Yuri Borsukov.

The Polish-Polish war is still here

The inclusion of the Yamal contract in the daily Polish-Polish war may serve to paralyze PGNiG’s decision-making on this issue in the crucial year of 2022, when this contract ends. In May 2021, I wrote that Poland may need additional gas (2.1-3.8 billion cubic meters) in 2023 which, perhaps, will also come from Russia. However, this does not require a new Yamal-style, long-term contract with the Russians. Shorter contracts in line with European practice, including with other European suppliers, will suffice, including on the spot market, which is condemned by Russians and some publicists in Poland for a reason.

Winter surprised the builders of Nord Stream 2
GAS Nord Stream 2
If weather and other conditions do not improve, it is doubtful that both Nord Stream 2 threads will become operative until the end of 2019 – […]
More