Polish Briefing: Modernization instead of the Gas Interconnection Poland-Ukraine? The Baltic Declaration on offshore wind 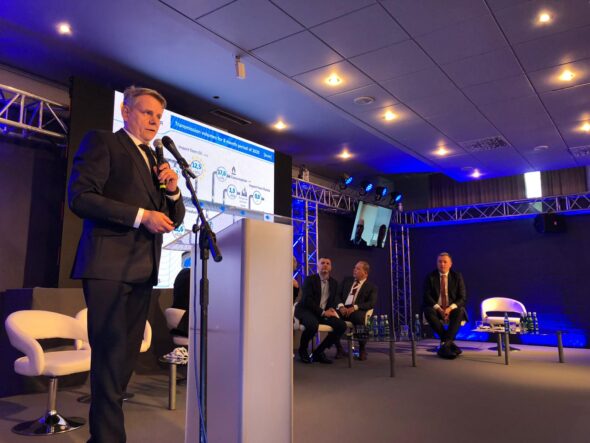 What goes on in Poland on the 30th of September.

Modernization instead of the Gas Interconnection Poland-Ukraine?

– Virtual reverse helped and made gas trade between Poland and Ukraine more flexible – revealed Paweł Stańczak, representative of the Ukrainian gas transmission system operator, Ukraine GTS Operator, during the Gazterm 2020 conference. The modernization of the gas infrastructure at the border will allow supplies of up to 6 billion cubic meters annually in both directions.

Paweł Stańczak spoke about the modernization of the existing gas infrastructure between Poland and Ukraine. – At the moment, the pipelines on the Ukrainian side are old and require renovation. We are currently undergoing reconstruction of these gas pipelines in order to restore their values ​​for efficient gas transport. This will allow the delivery and collection of up to 6 billion cubic meters annually in both directions. Some say that this value may increase to 10 billion cubic meters depending on pressure. The gas compressor station in Komarów allows gas to be pumped in both directions – he said.

There is still no investment decision regarding the Gas Interconnection Poland-Ukraine, which could further increase the capacity available on the border of both countries. According to the declaration of the Polish operator Gaz-System, in case of such a decision, this main line could start working in 2023.

Poland is to sign a Baltic Declaration on offshore wind cooperation with other states around Baltic Sea.

Baltic Declaration for Offshore Wind is to be signed on 30th of September in Szczecin, Poland by European Union member states localized around Baltic Sea. Poland aims to have 5,9 GW of offshore wind in 2030 and 8-11 GW in 2040 according to Polish Energy Policy until 2040 document, so-called energy strategy.

Conference accompanying the Baltic Declaration signature is to be attended by politicians and representatives of business circles, including Orsted and RWE Renewables.