Gryglas: an installation port in Gdynia is necessary for the emergence of Poland’s offshore sector (INTERVIEW) 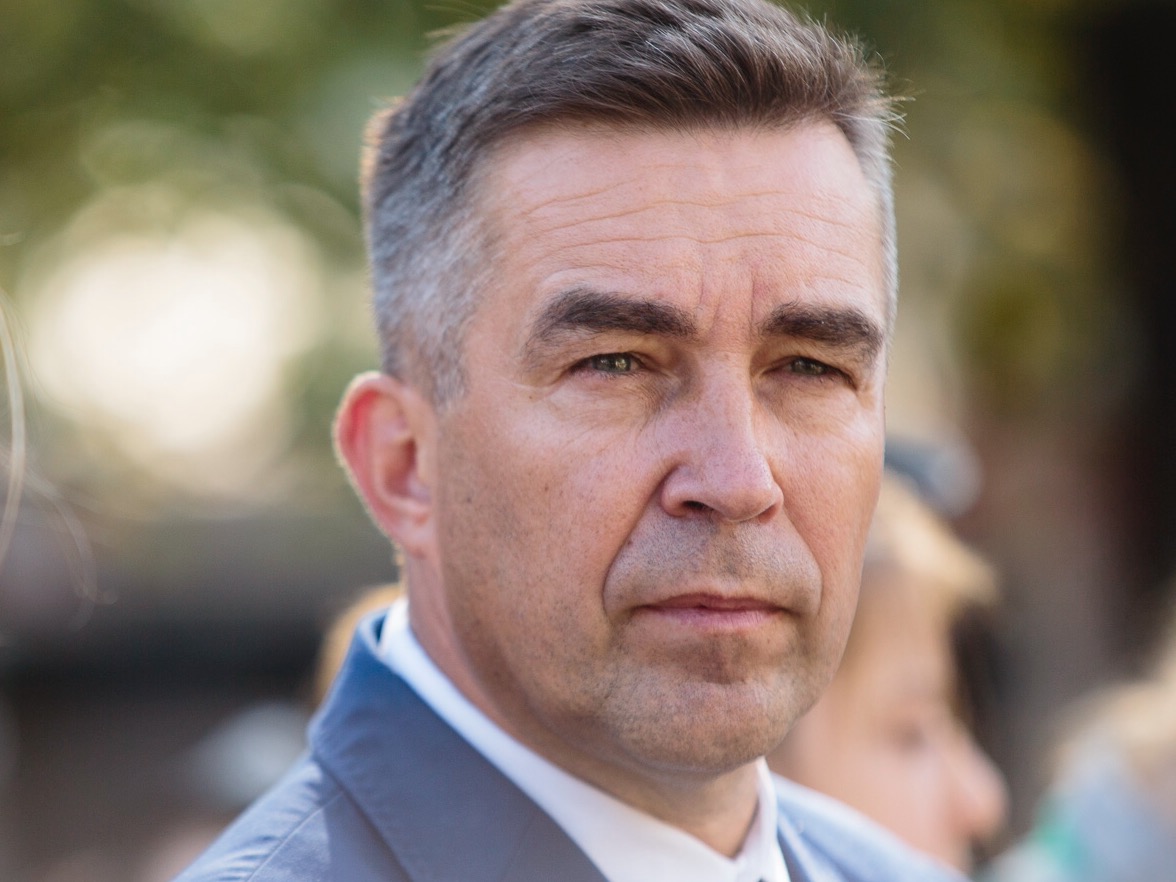 The Ministry of State Assets (MSA) believes that the construction of the main installation port in the city of Gdynia is a sine qua non condition for the development of Polish offshore wind farms in the Baltic Sea. At the same time the existing port in Gdynia is closest to the planned location of the farms. Therefore, locating the logistical base for wind farms in Gdynia fulfills all the necessary requirements such facilities need to meet – assures Zbigniew Gryglas, Undersecretary of State at the Ministry of State Assets and Plenipotentiary for the Development of Offshore Wind Energy, in an interview with BiznesAlert.pl.

BiznesAlert.pl: Last March you were appointed as the Plenipotentiary for Offshore Wind Energy. What are your goals with regard to developing Poland’s offshore wind energy?

Zbigniew Gryglas: As a plenipotentiary at the MSA my most important job is to coordinate the actions of companies under the Ministry’s oversight with regard to offshore investments in the Baltic. Apart from that I have always and will continue to mobilize Polish businessmen to take up new economic challenges first and foremost in Poland. In Poland we are already producing towers for wind turbines and foundations for offshore wind turbines. Two companies manufacture blades for wind farms (in Silesia and Pomerania). We have a large shipyard industry that builds specialized ships for offshore wind energy. I also believe that it is possible to manufacture wind turbines and establish a training center for the offshore industry in Poland.
As a Plenipotentiary I also liaise with offshore wind energy businesses, including foreign companies in order to exchange experiences and to efficiently prepare services and supplies necessary for future investments in the Baltic Sea. I care about developing the local supply chain for the offshore wind farms. My job is to identify needs and recommend updates to the existing legislation.

Moreover, the development of offshore wind energy is necessary to implement the state’s economic policy and it may boost Poland’s economy once the SARS-COV-2 pandemic is over. The issues related to the economy and the implementation of the state economic policy require specific and unprecedented actions, especially today. Offshore wind energy has a significant impact on the economy and we are currently conducting a thorough analysis, so that the Minister of State Assets is able to give legislative recommendations on the upcoming bill on promoting the production of power in offshore wind farms (UD34).

At what stage are the works on the offshore bill?

No offshore wind farm on the Baltic Sea will be built without ports. Will Polish harbors be ready to construct Polish wind turbines?

Since the development of offshore wind energy has a significant impact on the economy, it is currently a subject of analysis at the MSA. The Minister of State Assets will propose appropriate legislative amendments to the upcoming bill on promoting the production of power in offshore wind farms. We need to remember that the offshore sector and the accompanying sectors fit perfectly with the idea of a circular economy that contributes to the development of local entrepreneurship.

Of course ship construction and investments in harbors will be necessary. The preparedness of the Polish harbors is very important, which is why we are in talks with their representatives and with investors. The Ministry of State Assets believes that the construction of the main installation port in the city of Gdynia is a sine qua non condition for the development of Polish offshore wind farms on the Baltic Sea. At the same time the existing port in Gdynia is closest to the planned location of the farms. Therefore, locating the logistical base for wind farms in Gdynia fulfills all the necessary requirements such facilities are expected to meet.

The Port of Gdynia Authority has informed us it was open to regular meetings with all interested parties from the business world with regard to establishing a base for offshore operations at their port. At the same time it is necessary for investors and business communities to launch an official initiative to be able to inform us about their potential needs and expectations with regard to their potential investments in offshore wind farms.

Already in February the Port of Gdynia Authority confirmed it was interested in purchasing an area of 32 ha from PGZ Stocznia Wojenna. Currently the management of the company is responsible for the purchase at the operational level. This action is in line with the company’s 2020 investment plan, which talks about purchasing land plots to develop offshore wind energy. It should be stressed that all of the actions undertaken by the Port of Gdynia are business-oriented and based on economic and legal analyses.

On 31 March, the Szczecin Centrum District Court announced the bankruptcy of the ST³ Offshore company. The sector is concerned about its situation because the company was frequently referred to as Poland’s contribution to wind projects. What will happen to this company?
ST3 Offshore is not supervised by the Minister of State Assets. The state treasury does not have any shares in this company. The majority of shares belongs to a fund called MARS Fundusz Inwestycyjny Zamknięty. The main participant of the fund is Polska Grupa Zbrojeniowa (PGZ), but it is managed by a subsidiary of PGZ called MS Towarzystwo Funduszy Inwestycyjnych.

When announcing the bankruptcy of ST3 Offshore, the court also appointed a trustee whose job will be to conclude all of the company’s dealings and to ascertain all of its creditors and then liquidate its assets.

The proposal to save ST3 Offshore said that its full economic potential should be used and that the company’s business model should be based on the shipping industry. It also said that ST3 Offshore should be part and parcel of the idea of circular economy and that it should use the infrastructural, human and technological potential of three companies: Morska Stocznia Remontowa Gryfia, ST3 Offshore and Zakład Recyklingu Statków Szczecin. However, this plan was rejected by ST3 Offshore’s management board, so the court decided about the bankruptcy. It is the opinion of the Ministry of State Assets that ST3 Offshore should undergo a full legal, technical and ownership reform as part of the bankruptcy process. This will allow the company to exist and base its operations on its core assets, but in a different legal environment. In my opinion we should efficiently use the company’s assets and continue its core business activities.

Some time ago you told the Puls Biznesu daily that the Baltic was a natural area of interest for PGNiG. How could this company engage in offshore wind farms and why?

The Baltic Sea is indeed a natural area of interest for PGNiG. That was also the case for foreign gas sector tycoons over a decade ago, and today they have a stake in the offshore sector. Additionally, in many cases this was a natural consequence of synergy between competencies, knowledge and technology.

PGNiG is getting ready to acquire heat and power plants and wants to run them strictly on gas and other low-emission fuels and surely the next step will be renewable energy sources (RES). We need to remember that one of the members of PGNiG’s board is a person from the RES community. KGHM, another business champion, is a good example for PGNiG to follow, as its ultimate goal is to develop green energy and it’s already getting ready to achieve this. Gas as fuel is a good complementary source of power that can accompany wind, solar and biomass energy. Therefore, such investments will be a natural development for PGNiG in the coming years.

Will the coronavirus impact Poland’s offshore wind projects on the Baltic Sea?

The development of offshore wind energy is necessary to implement the state’s economic policy and it may boost Poland’s economy after the coronavirus pandemic. It is also an important part of the government’s long-term strategy that matches the global energy trends. In case of PKN Orlen the objectives have not changed and the preparations for the investment are taking place in line with the schedule.

Will a coordinator speed up the development of offshore in Poland? (REPORT)
Energy Renewables
PGE Baltica, a company owned by Polska Grupa Energetyczna, and Baltic Power, controlled by PKN Orlen, have signed a letter of intent on the […]
More