Has Russia reached for the nuclear option in the energy sector? 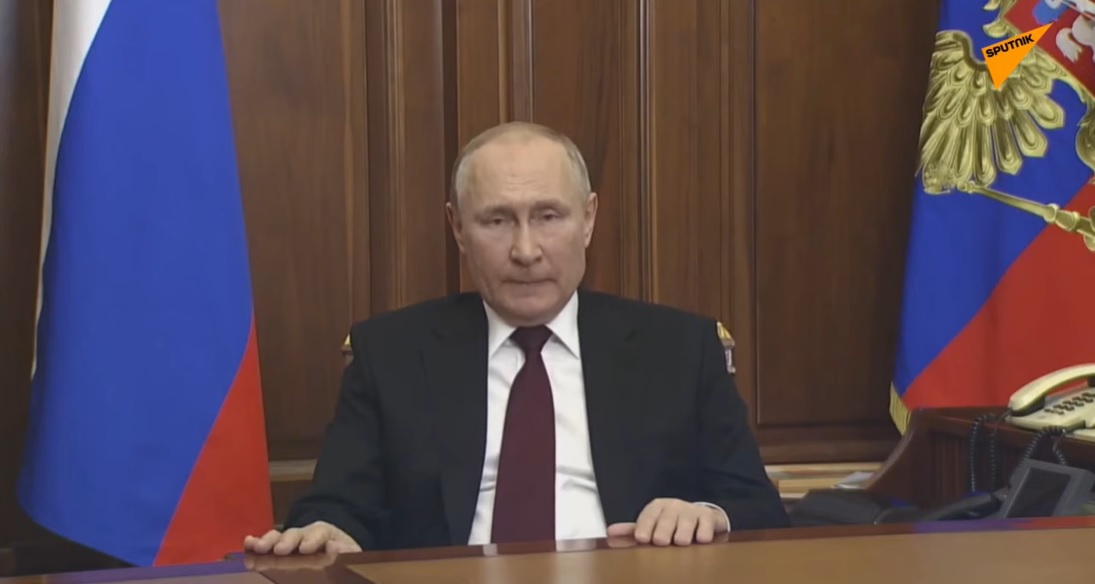 If it is the Russians who are responsible for damaging Nord Stream 1 and 2, it means that the escalation of hostilities in the energy sector is entering its final phase on the edge of a hot war with the West. This would be a nuclear option that necessitates immediate action – writes Wojciech Jakóbik, editor-in-chief at BiznesAlert.pl.

Who damaged Nord Stream 1 and 2?

In the long term, the damage to Nord Stream 1 and 2 may permanently extinguish gas deliveries from Russia to Germany through these routes. This is an argument for the fact Russians, who act rationally, would not take such a step. However, after the attack on Ukraine in February 2022, it has become apparent that the Russians follow a different logic than the strategists of the Western world and are ready for high losses if they allow them to achieve a certain goal, which is currently the maintenance of the Kremlin power system threatened by a military defeat in Ukraine. For this reason, the Russians are threatening with nuclear attacks on Ukraine after pseudo-referendums in the occupied territories, which they will now try to forcibly incorporate into the Russian Federation. The US Newsweek has learned in government circles in Washington that one of the options for the US response to a possible Russian nuclear attack in Ukraine is to hit the Kremlin’s power center, which in one surgical cut would overthrow the regime represented by Vladimir Putin.

To summarize, the explosions confirmed by the Scandinavians, which caused a leak from the Nord Stream 1 and 2 gas pipelines, are not in the interest of the West, because they become a pretext for similar sabotage, for example, against the newly launched Baltic Pipe gas pipeline from Norway to Poland.

Joe Biden actually said in the past that if Russia attacked Ukraine, Nord Stream 2 would not work, and after the attack in February 2022, he imposed sanctions and convinced the Germans to freeze the certification, and thus fulfilled his threat. He also did not mention blocking Nord Stream 1. Neither of the pipes was in use, Nord Stream 1 because of an alleged breakdown identified by the Russians, who used it as an excuse to drag out the technical break indefinitely and further restrict gas supplies to Europe, which is the main cause of the energy crisis. Nord Stream 2 has not been allowed to operate. Both carried gas for technical reasons and this is why the leak has occurred. The environmental impact is significant, because methane leaks have persisted in the Yamal Peninsula until now, whether because of problems with Russian infrastructure, or because the Russians have reduced gas supplies so significantly that they did not have enough storage capacity and began to burn gas in so-called flares, metaphorically burning there millions of dollars that they will not earn on the Old Continent.

In the long term, blowing up Nord Stream 1 and Nord Stream 2 will make it harder to resume Russian gas supplies through the Baltic, and will alienate the West even more from Russia as a completely unreliable and incapable supplier. However, it is worth noting that one of the lines of Nord Stream 2 has not been destroyed, and pro-Russian forces in Europe will argue that supplies along this route could alleviate the energy crisis, although it was the dependence on the Russian fuel that provoked it.

This is an argument for claiming that Russians are reaching for the nuclear option, but still leave a way out to renew their relations with the West once the energy crisis they are fueling, will push western societies to rebel against their pro-Atlantic governments. This is why pro-Russian forces are already using the argument of energy and gas prices to amass political capital, often in combination with anti-refugee rhetoric, such as the shameful action to Stop the Ukrainization of Poland in our country. The West must respond to the Russian nuclear option in the energy sector with equally decisive actions. The energy sector on the continent must enter into a war economy regime. The energy and gas markets must be saved for peacetime, when they will continue to set a fair price and guarantee transparency. For now, however, it is necessary to immediately remove the impact of dependence on Russian raw materials on the European market through a series of reforms agreed by the European Commission and member states. The next opportunity is the Council of the European Union on 30 September. It is no accident that for years we have been publishing a series of texts under the motto: Power engineers, keep an eye on the Baltic! It is necessary to defend Polish windows to the world with the help of our country’s Navy and allies.

It is also necessary to ensure the stability of the countries threatened by Russian occupation: Ukraine and Moldova. In the autumn of 2021, I proposed a preventive war on the gas market in defense of Moldovans blackmailed by Gazprom. A year later, these actions need to be even more decisive. The West must have, and probably already has, a plan to maintain the energy security of these countries, with heating at the top of the list, which is particularly important in the winter season, in which Ukraine can expect a humanitarian disaster in areas cut off from the supply of utilities: energy, heat, gas. The Russians are threatening a nuclear attack not only against the armed forces, but also against the energy infrastructure. Gazprom is already sending signals that it is ready to stop gas supply via Ukraine. A catastrophe, not an energy crisis, in Ukraine or Moldova can lead to pro-Russian upheavals, and the West must prevent this. It is necessary to act as if the supply of raw materials from Russia has already stopped flowing, and get ahead of the Russians. Western sanctions should hit Putin’s entire gas station, there is no room for hesitancy.

It is necessary to protect the energy infrastructure of NATO countries, with the Baltic Sea’s windows to the world at the top of the list: LNG terminal, the Naftoport in Gdańsk, the Gdańsk refinery, gas storage facilities, nearby gas and power connections. The North Atlantic Alliance has had a plan to protect the supply routes of fossil fuels at least since the Warsaw Summit in 2015, during which Poland and Norway successfully argued for drafting them. A full escalation of energy activities is the last step before a hot war between the West and Russia, and a firm response from the Western world will reduce the risk of a full confrontation if the Kremlin sees that energy blackmail no longer allows it to divide and conquer. On September 30, President Vladimir Putin announced the illegal annexation of the occupied territories of Ukraine. We need to work in the energy sector, so that the logic of de-escalation through escalation that the Kremlin is probably following, does not bear fruit.

Gonchar: Did the Nord Stream hypocrisy trigger Putin’s war?
GAS Nord Stream 2
Not terminated, not dismantled, the Nord Stream 2 project is officially on hold, and some in Germany are still hoping to use this bloodstained pipe […]
More

Countdown on the Nord Stream 2 construction site? (FEATURE)
GAS Nord Stream 2
“Everybody has their opinion on the future of Nord Stream 2, but the Akademik Cherskiy is being prepared as if it is to set out to the Baltic […]
More