The HondaJet HA-420 was presented at Warsaw’s Okęcie Airport. The Poles participated in its construction; GE HF120 turbojet engine for this modern unit was largely designed at the Engineering Design Center, a design office being a joint venture of General Electric Aviation and the Institute of Aviation in Warsaw. BiznesAlert.pl was present at the event and talked about the machine with the president of the board of GE Aviation Marian Lubieniecki.

Work of HondaJet, GE and EDC

– We are proud that Polish engineers from EDC have contributed to the creation of a turbojet engine for one of the most modern units in the private plane category. They are specialists of the highest class, appreciated all over the world, which is also confirmed by this international cooperation between Polish, American and Japanese engineers – said Lubieniecki.

– The result of our cooperation with Honda is the plane which creates a unique whole; it combines the advantages of a private plane with the stability of large passenger machines – explained Lubieniecki. The manufacturer states that the advanced tolerance control process and modern production quality control system for this engine also allowed to lower the noise levels in the cabin and obtain the highest flight comfort in this class of aircraft.

Another advantage of the HondaJet HA-420 is the ease of reaching small airports, which allows for significant time savings. It can fly into the air from the 1200 meter runway and needs less than a kilometer to land.

What about the technical data? The maximum cruising altitude is 13,136 meters, and the maximum speed is 781 km/h. Relatively small engines can develop power up to 4,000 horsepower, that is as much as a locomotive. The unit will accommodate six people: two crew members and four passengers, plus a small luggage. The cost of the machine: almost five million zlotys (approx. € 2 million) 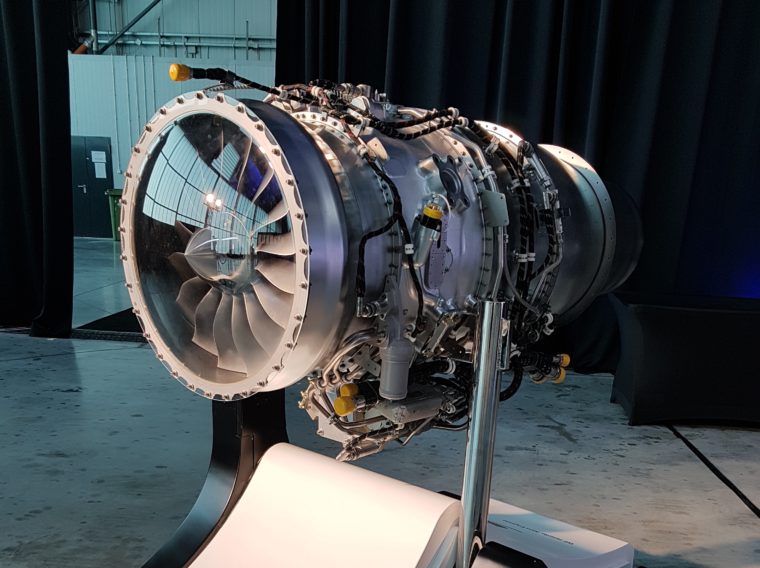 Polish engineers from EDC have had a significant contribution to the creation of the engine: – The design work on the engine began around 2005-2006, and it has just came to production. We have designed a low pressure turbine, a part of the compressor and an outlet. We are still working on supporting its operation and production. We hope that it will be built, sold and used in Poland – said Lubieniecki.

The president of the Polish GE Aviation assured that the market is interested in the new project, and although it is too early to talk about the details, it is worth paying attention to the arguments in his favor: – This plane can fly for two hours. At this time and at this speed from Warsaw you can get to virtually anywhere in Europe. This opens up completely new possibilities in small air transport.

Lubieniecki is an optimist on the further cooperation of GE Aviation, Honda and EDC: – We would like to do more things invented in EDC and then built and used in Poland. We operate globally; wherever our engines fly, our technical support is present. There is also the prospect of cooperation with a Polish aircraft manufacturer. This means that our aviation industry is growing, and we are here today to talk about it.

Polish electric bus? Dreams are coming true (REPORT)
Infrastructure / Innovations
During the Europe Industry Week conference, the panel “Buses: Electric bus on the streets of my city” took place. The panel was led by […]
More

Emilewicz: Poland is becoming a leader of electromobility
Infrastructure / Innovations
“We are trying to open the door” as the Ministry of Entrepreneurship and Technology, so that Poland will take part in the entire race, […]
More

Electromobility is not a rocket science. Polish car in four years’ time (INTERVIEW)
Infrastructure / Innovations
In December 2017, a start-up from Sweden presented Uniti One – a small original electric car. The sale of the car is to start in 2019. We talked […]
More

Will the valley of energy storages be created in Poland?
Infrastructure / Innovations
Is the competition between battery manufacturers and the solutions that scientists work on, going to affect the shape of not only the automotive […]
More