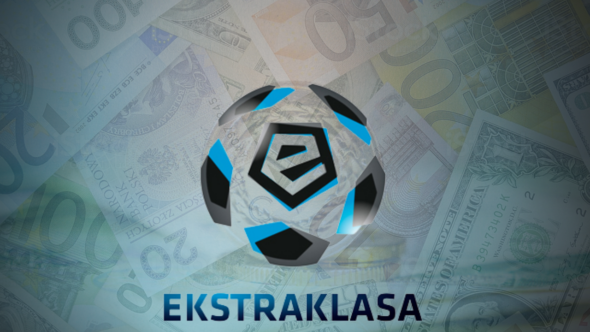 It has become increasingly more popular among energy companies to support sport in Poland. They invest in motor racing, track and field, football, marathons and many other disciplines. All parties are said to benefit from such cooperation. Some participants are easy to pair, e.g. PKN Orlen and auto racing teams, but there also less obvious examples, and some even cause controversies – Jędrzej Stachura, editor at BiznesAlert.pl writes.

Why does sport attract sponsors?

Companies across the world are investing in football, volleyball, track and field, kitesurfing, even chess. The increasing popularity of sport has made some of its disciplines widely available. Cities across the country, already full of football and volleyball fields and outdoor gyms, are offering new opportunities to their residents. Sport is present in everyday life, it attracts people in front of the TV, making it possible to watch favorite football players, volleyball players, or golfers. This in turn encourages sponsors who want to advertise their products on TV during sporting events.

Promoting sport is also part of corporate social responsibility, which is pursued by all energy companies in Poland. The goal of that strategy is to include social interests in the company’s policy. Such business policy is said to increase social trust, and company management (supervisory and management boards) takes this path to improve credibility on the market in a given region, or among its own employees.

It is worth asking what, apart from advertising, motivates the energy companies that are entering the world of Polish sports. The companies that are active in this field include such brands as PGE, PKN Orlen and KGHM. PGE is engaged in charity runs, windsurfing, figure skating, speedway and e-sport. PKN Orlen supports motorsports, track and filed and volleyball. KGHM invests in running leagues, shooting sports, rowing and cycling.

Football fans are familiar with PGE, Orlen and KGHM as well. The companies invest in football clubs, which at first glance has nothing to do with the energy industry. The cooperation between Orlen Oil and the Wisła Kraków FC might have raised a lot of questions. Why does a company that manufactures and distributes lubricants invest in a football club?
Orlen explains that sponsoring sport is a tool that supports the Group’s business targets. “Our presence in various sport disciplines stems from the need to build the recognizability of our brand and create its positive image,” the company wrote BiznesAlert.pl in response to our questions.

At every step energy companies want to build relations with local communities. Business needs and social change are motivating companies to wider their sales policy. Orlen Oil is headquartered in the Lesser Poland region, which is why it is building its brand in Kraków. The same pertains to the support of the Wisła Płock FC and Lechia Gdańsk FC.

It’s a matter of perspective

What do the fans think about this? Their reactions vary. One could say that KGHM is exposed the most, as it owns the Zagłębie Lubin FC. Football fans are definitely not the easiest to please, so sponsoring Zagłębie can sometimes backfire at the company. When the players give a lackluster performance on the field, the reaction is often that a state-owned company needlessly invests money in them. If they act well, then the fans of the opposite teams start to argue that they are at a huge disadvantage, because Zagłębie is sponsored by the state, and their clubs aren’t.

Eight heads of the dragon

The proposition that clubs are not equal because of energy companies sponsorship is easily discredited when we consider this issue holistically. Polish football is the best example to illustrate this. The dragon, with which some fans are trying to fight has as many as eight heads. This is the number of teams in the Polish Ekstraklasa (top football league in Poland – ed.) that are sponsored by state-owned companies. Those are: the already mentioned KGHM Zagłębie Lubin, Lecha Gdańsk (sponsored by Energa, which is part of the Orlen Group), Wisła Kraków (Orlen Oil) and Wisła Płock (PKN Orlen), as well as PGE FKS Stal Mielec, Radomiak Radom (Enea), Górnik Zabrze (Węglokoks) and Górnik Łęczna (Bogdanka). There are 18 teams in the league, which means about 44 percent are sponsored by energy companies. This means, the energy industry is a major part of Ekstraklasa.

Of course, one cannot claim that the “dragon” only came to shell out and doesn’t want anything in return. Ekstraklasa is an attractive brand, both when it comes to marketing and doing business. Even though at times its players present a very average level, it is wrapped in shiny, golden paper. The media coverage provided by the Canal+ channel attracts the biggest Polish and foreign brands.

Is it a good idea that energy companies invest in sport? It seems it is. Clubs and sport organizations acquire money to function and grow, while state-owned companies can expand their activity, increase their reach and advertise at a wide scale. Investing in various sport disciplines makes it easier for clubs to function, develop infrastructure, establish academies, or simply buy new equipment for young talents. It’s a win-win situation.

McKeel: Poland needs diversification of its energy mix
Energy GAS
– Countries like Poland need an energy diversity. If you depend on one country for your fuel supply, you’re at risk. So, for such a […]
More