Polish Briefing: How to implement energy transition in Poland? 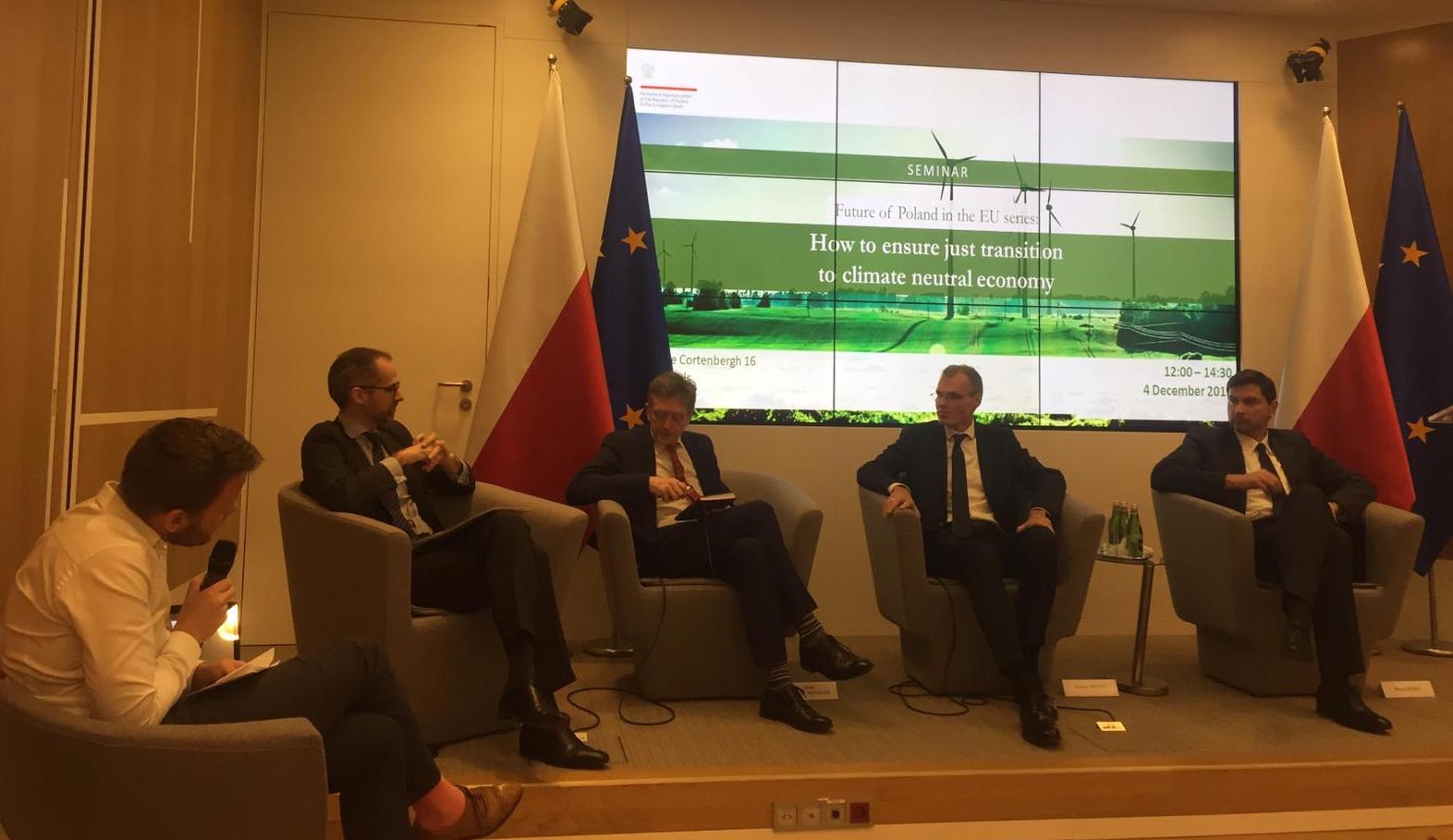 What goes on in Poland on the 5th of December.

The energy transition is one of the hottest topics in Poland in recent months. Participants of the conference “How to ensure just transition to climate neutral economy” talked about the opportunities and threats of this process. – Whole economies are not transformed overnight. The easiest way to transform those sectors of the economy where we already have access to modern and clean technologies – said Gunnar Muent, deputy director general at the European Investment Bank.

– We have created a Ministry of Climate in Poland, public awareness of climate change is growing. Improving air quality will be a great challenge for us, there is the Clean Air program, which will be continued. The My Electricity program achieved success. There will be people in the new ministry who can discuss climate policy and energy transformation, which will require investments worth many billion euros. We are still working on our energy policy, which assumes a significant decrease in CO2 emissions. We need to be sure that the regions most exposed to job losses will not be left alone. Now is the time to focus on what to do to achieve our goals – said Adam Guibourgé-Czetwertyński, Undersecretary of State at the Ministry of Climate.

– We must accept the pressure that awaits us. However, it must be remembered that due to the increasing CO2 emissions, the energy transition will have to be carried out quickly. This process has already begun. Talks with coal regions have been difficult over recent years. You have to work with people and companies there. Then, along with the European Investment Bank, we can think together what we can do. We must do it in cooperation with the Member States. In the European Commission, we talk with investors who want to invest in gas. Yes, it is profitable today, but investments will last for many years and we want to avoid a situation in which they would be closed in e.g. twenty years. In this context, it is worth looking at hydrogen, which is also an energy carrier and can be used for energy storage – said Artur Runge-Metzger from the Directorate General for Climate Action at the European Commission.

– European Investment Bank funds will be allocated not only for transition of the energy sector. Entire economies and cities will have to be decarbonised. However, let us emphasize the positive aspect of the transition. In ten years it may turn out that we underestimated the threat of climate change. Whole economies are not transformed overnight. The easiest way to transform those sectors of the economy where we already have access to modern and clean technologies. The energy sector is in a better position here, but it’s “only” 30 percent of CO2 emissions worldwide. There is still transport, construction or agriculture left. We’re moving away from investing in fossil sources, but we won’t do it right away. We also do not have enough funds to finance the transformation of Europe as a whole. The budget of the European Commission is also limited. At the end of the previous decade, we began to grant loans for investments in offshore wind farms, then critics said it would not make sense, and let’s look where we are today – said Gunnar Muent, deputy director general at the European Investment Bank.