Hungary doesn’t want an embargo on Russian oil, because it is pro-Russian 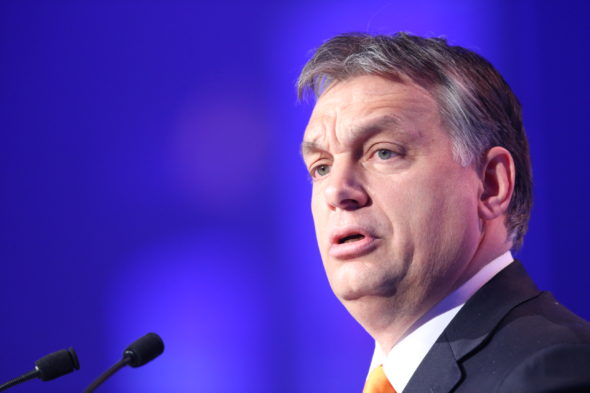 At the time of publication of this text, there is no breakthrough on the EU embargo on Russian oil. This is due to the opposition from Hungary, which is the final country to be convinced. Their infrastructure allows them to abandon Russian oil, but they do not want to. Economic pretexts invented by Hungary should not distract from the fact that Budapest has consistently pursued a pro-Russian energy policy – writes Wojciech Jakóbik, editor-in-chief BiznesAlert.pl.

Where there isn’t a will there is no way

The EU oil embargo debate continues, but Hungary’s resistance has not been broken despite the negotiations with the European Commission President Ursula von der Leyen in Budapest. Countries that are worried about the negative impact of the embargo are to be given a longer transition period to abandon Russian oil, but Hungarians are demanding additional concessions, including in non-oil areas, such as funds for the national recovery and resilience plan. “This evening’s discussion with PM Viktor Orban helped to clarify issues related to sanctions and energy security. We made progress, but further work is needed. I will convene a virtual conference with regional players to strengthen regional cooperation on oil infrastructure ,” von der Leyen tweeted.

In his tweets, Wojciech Konończuk from the Centre for Eastern Studies explained how Hungary can import non-Russian oil in the event of an embargo. Read the full text on BiznesAlert.pl. The data related to this was also extensively analyzed in a 2015 article by Tomas Vlcek from the University of Masaryk [1]. The naftoport in the Croatian Omisalj on the island of Krk, and then the Adria pipeline, which is part of the JANAF oil pipeline system (Adriatic Pipeline), already make it possible to deliver 42% of non-Russian oil to the Duna refinery in Hungary. This is depicted in the picture below, which was prepared using JANAF and Vlcek data. Therefore, the initiative of the European Commission to coordinate cooperation on oil infrastructure is intended to overcome the constraints signalled by Hungary, which are not yet public. An alternative interpretation is also possible: the Hungarians are using the problems of diversification of oil supplies as an excuse. It could be used for diplomatic efforts to obtain other concessions from the EC, for example regarding the national recovery plan. It may also be a result of a consistent pro-Russian policy in the energy sector.

“Hungary’s obstruction is not surprising. This is a natural consequence of Hungary’s growing dependence on Russian raw materials over the years. The government of Viktor Orbán has been pretending it was introducing measures to lower dependence, while in fact increasing it, which is especially true of gas. What is surprising is the fact that communication about the time that is needed to diversify supply is missing,” says Dr Dominik Héjj from the Institute of Central Europe and Polityka Insight. “During the election campaign the management of MOL said that they needed 2-3 years to switch to oil from a different source. Orbán now talks about five years, while the management of MOL just recently mentioned 3-4 years,” Héjj emphasizes. “The fundamental question is whether the Hungarian government has the will to reduce dependence on Russia, and I think (to put it mildly) they are not very eager to do so. In Hungary, the government is focused exclusively on showing that EU sanctions will lead to the collapse of the economy and will destroy the programs that reduce energy and fuel prices. They repeat it like a mantra: “this is not our war and the Hungarians cannot pay the price.”

It is worth to remind that the new gas contract between the Hungarian MVM and Gazprom is valid for 15 years, until 2037. According to the contract, some of the gas volume is supplied through the Turkish Stream, a gas pipeline that bypasses Ukraine (3.5 billion cubic meters per year), and the rest (1 bcm per year) through the Central European Gas Hub in Austria, full of Russian natural gas. Gazprom can also use the gas storage capacity in Hungary. The facility is owned by MFGT which is controlled by the Hungarian state. These are four gas storage facilities (Pusztaederics, Zsana-Nord, Kardoskút-Pusztaszolos, Hajdúszoboszló) with a total capacity of 4.43 bcm. Hexum company manages the Szöreg-1 storage facility, which was built in 2009 in response to the Russian gas supply crisis. The facility can store 1.9 bcm of natural gas. The combined capacity of these facilities allows Hungary to store the equivalent of annual imports (approx. 6 bcm) accounting for 2/3 of the annual consumption (around 9 bcm). In the past Gazprom met Hungary’s expectations and agreed to start deliveries planned for 2020 already in 2019, when it was unclear whether the Ukrainian Naftogaz’s transit contract with the Russians would be extended. Even then, Hungarians sought special relations with Gazprom at the expense of Ukraine. And they could count on the Russian company. Of May 5th, Hungary also confirmed that it was still interested in Russia’s Rosatom expanding the Paks nuclear power plant. According to the Hungarian MFA Peter Szijjarto the project is part and parcel of the country’s strategic interests. The expansion plans for the project are waiting for a construction permit for a building that will house the reactor and cooling installations, all despite the news about Finland’s withdrawal from cooperation in the Fennovoima project. One can therefore speak of Hungary’s consistent pro-Russian energy policy, which is hiding behind economic arguments this time.

Embargo is happening on its own

However, a long-term policy of independence from Russian raw materials is also in Hungary’s economic interest, because it is to be expected that the Russians will turn the tap off, even if Europe does not impose the embargo, which means in a way the embargo will enforce itself. Energy cooperation with Russia will pay off for them as long as they pursue a policy in line with Russian expectations, but that will drive an even bigger wedge between Budapest and the EU and NATO. It is worth recalling that the Falin-Kwiciński doctrine, which said that after the collapse of the Soviet Union, Russians will replace tanks in the countries of the former Warsaw Pact with gas and influence in the energy sector. The theory also claims that Moscow’s overriding goal is to stop the integration of these countries with “hostile alliances”, that is, once NATO, and now also the European Union. Hungary’s pro-Russian policy is doing this very well, leading to divisions and undermining Europe’s effective response to Russia’s attack on Ukraine, which should include an oil embargo affecting a third of Russia’s budget revenues.

This is not yet the end of the Russian oil eldorado
Energy
The times of the oil eldorado for Russia are slowly coming to an end, but the effect of sanctions imposed on Russian companies and the budget can […]
More