If Germans block nuclear power, Poland may set up an inquiry committee into Nord Stream 2 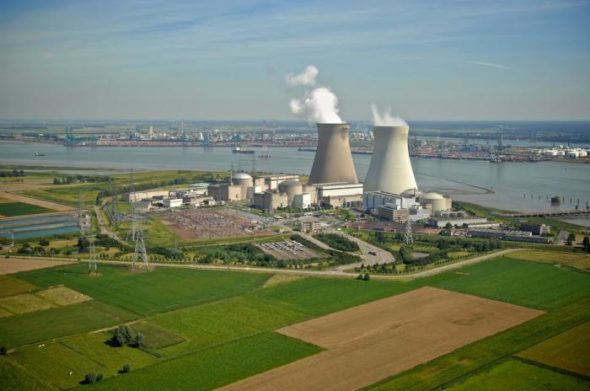 If Germans really decide to block nuclear power in Poland, Warsaw may set up an inquiry committee at the European Parliament, which will delay deliveries via Nord Stream 2, provided the pipe isn’t stopped by US sanctions – writes Wojciech Jakóbik, editor-in-chief at BiznesAlert.pl.

Germans have launched an initiative to denuclearize Europe. They want nuclear energy to be phased out not just in their country, where it will cease to exist in 2022, but in the entire European Union. They are targeting the financial model, because they are against financing nuclear projects from EU subsidies and national support mechanisms. This may be their way to undermine Poland’s plan to bankroll half of the cost of its nuclear power with domestic subsidies, which may be a form of public aid subject to supervision of the European Commission, on which Germany may want to exert pressure. Another way to derail Poland’s plans are environmental permits, once the locations of the NPPs in Poland are chosen.

One of the arguments raised in the debate on this topic is that Germany may rely on the solidarity principle, which was elevated by the Court of Justice of the European Union to the rank of a regulation during the dispute over OPAL, a Nord Stream line in Germany. Gazprom wanted to pump more gas via that pipe, and the European Commission agreed. However, that decision was questioned in court by Poland, and subsequently undermined by the Justice Court on the basis of the solidarity principle, which says that no decision of the EC can hurt the interests of individual member states. This is why some believe that Germany could use the solidarity principle to question the Polish Nuclear Power Program, as Berlin believes that nuclear power goes against its interests. It is worth stressing that the consultations on Poland’s Nuclear Program have already ended and that Germany participated in them. This means the attempt to torpedo Poland’s plans could be made at the next stages of the endeavor, provided that Poles are successful at pursuing the project.

Relief from across the pond

However, in Poland’s opinion Germany’s anti-nuclear proposition will be against the EU law. “From the formal point of view, the implementation of German postulates would violate European law on several levels. We have repeatedly argued, and we are not alone in this, that discrimination against nuclear energy in the EU is incompatible with the principle of technological neutrality and energy sovereignty of the Member States. Neither the EU institutions nor any Member State can demand that the chosen decarbonisation path be abandoned, as long as it guarantees the fulfillment of climate obligations,” the Ministry of Climate and Environment explained in a statement for BiznesAlert.pl. According to the ministry “the exclusion of any low-emission energy source violates the freedom to shape the energy mix guaranteed in Art. 194 of the Treaty on the Functioning of the European Union, which, without the availability of funds available for other sources, becomes only a formal freedom.”

The ministry also warned that “Germany’s goal is for nuclear energy to be also excluded from the so-called green taxonomy of the EU, which would mean limiting and ultimately excluding financing of nuclear projects by private financial institutions”. However, Poles do have a cure for this problem. They want to include Germany’s demands when choosing the partner, i.e. they will acquire funding outside of the European Union. In this context it is worth taking a closer look at the financing model of the Cernavoda Nuclear Power Plant in Romania. It was co-financed by the US Exim Bank, with which Poland’s Bank Gospodarstwa Krajowego and the Climate and Environment Ministry are cooperating to develop a financing model for Poland’s nuclear energy. It’s one of the reasons why it looks like Americans are still favored by Poles. After all, the US is able to ensure financing irregardless of the intrigues surrounding nuclear power in Europe.

Therefore, the European law may be a double-edged sword when it comes to nuclear power in Poland, but still in Warsaw’s view it cannot block the atom. When it comes to Nord Stream 2 there are fewer doubts. If the gas pipeline is completed despite the US sanctions, which the White House has announced would be extended, it will still need to face new obstacles, including EU regulations. Nord Stream 2 will have to be subject to the EU gas directive that entails unbundling, which protects the market from the abuse from monopolists such as Gazprom. Until this requirement is met, the pipe will not be allowed to pump gas. The Argus agency has already suggested that deliveries via Nord Stream 2 will not be able to start before 2022. If the delay is longer, it may turn out that the contentious gas pipeline will start operation later than the Polish-Danish-Norway Baltic Pipe, which is to decrease Poland’s dependence on Russian gas.

An inquiry committee into Nord Stream 2

At the same time a new legal tool that may undermine Nord Stream 2 is emerging on the horizon. Members of Europe’s Energy union cooperate to implement the organization’s goals, which include energy security and diversification of energy sources and supply from third countries, to decrease the dependence on energy imports. The Treaty on the Functioning of the European Union which Poland’s Climate and Environment Ministry mentioned, allows the European Parliament to start an inquiry committee into the incorrect application of the EU law. If Germany tries to block nuclear power, Poland may in theory open such a committee at the European Parliament, which has been traditionally sceptical about Nord Stream 2. This could delay gas transmission via the pipeline, of course, provided US sanctions don’t stop it beforehand. The OPAL precedent also allows to question the Nord Stream 2 project and OPAL’s twin pipeline EUGAL, on the basis of the EU law and the case law of the Court of Justice of the European Union.