Is it necessary to let Hungarians buy gas stations as part of the Orlen-Lotos merger? (ANALYSIS) 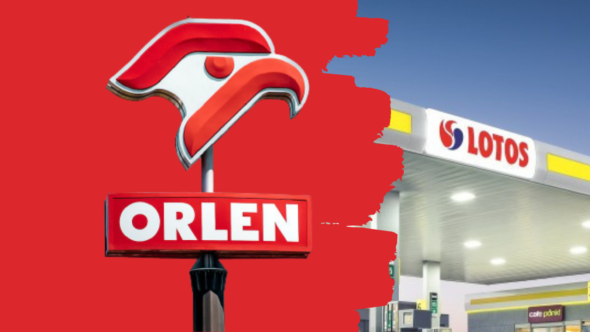 From the perspective of PKN Orlen and Poland’s energy security, the most important part of the merger with Lotos is to secure a competent and responsible partner for the Gdańsk refinery. From the perspective of customers, it seems more important who will take over 80 percent of Lotos’s gas stations. Would Hungary’s MOL be a good partner to share this cake with? – asks Mariusz Marszałkowski, editor at BiznesAlert.pl.

What’s next for the Orlen-Lotos merger?

The partner or partners that will participate in the merger between PKN Orlen and the Lotos Group will be revealed on the 12th of January. As part of the remedial measures imposed by the European Commission, the partner(s) will take over 30 percent of shares in the Gdańsk refinery, and 80 percent of Lotos’s gas stations. In recent days Radio ZET has made waves, when it reported that the first partner will be Saudi Arabia’s Saudi Aramco, the biggest oil company in the world, which is to acquire 30 percent of shares in the Gdańsk refinery. According to Radio ZET, the other partner will be Hungary’s concern MOL, which is to acquire more than 400 Lotos fuel stations. Orlen replied to the radio’s revelations by saying that the negotiations were still on, and the final partner was yet to be selected. BiznesAlert.pl has also determined that there could be more than two.

It is worth taking a closer look at the potential sale of the gas stations owned by Lotos to another player. It is not yet clear on what basis the purported sale of Lotos’s assets would take place. Earlier, representatives from Orlen assured that the company’s priority will be to exchange its assets for foreign assets of interest to PKN, which would make it possible for the firm to either improve its position on a market where it already has a foothold, or enter a completely new one. There has been no news on whether this topic is still being raised in the negotiations. Certainly, such a solution could be beneficial from the point of view of Orlen’s plans and diversification of its business portfolio.

The discussion about the possible buyer of Lotos’s gas stations has been very heated. Hungary is now one of the most pro-Russian countries in the European Union. Budapest’s foreign policy decisions often contradict those of Warsaw. On top of that, the Russian Order of Friendship was recently awarded by the Kremlin to the head of the Hungarian foreign ministry, Péter Szijjártó, for his contribution to strengthening relations between Russia and Hungary.

In this context, it is difficult to imagine that a company from such a state would become a shareholder in strategic energy infrastructure in Poland, such as the Gdańsk refinery, one of two in Poland and one of the most modern in Europe, with direct access to the Gdańsk offshore oil terminal. The investor, even a minority investor, must be completely transparent and predictable. This is despite the fact that the agreement on the acquisition of shares will probably include the right of first refusal for PKN Orlen, in case the shares are up for sale. This provision has proven useful, for instance when Shell decided to sell its shares in the Schwedt refinery. The British-Dutch group wanted to sell its shares in the refinery to an Austrian subsidiary of the Estonian holding, but Rosneft, as Shell’s partner in Schwedt, exercised the right of first refusal and bought shares belonging to the Dutch group.

However, in general, MOL purchasing Polish gas stations would not pose a threat to the state’s energy security. The purchaser of the gas stations will have to buy fuel on the market, either from local refineries owned by Orlen, in the case of the Gdańsk plant – its partner, or import it from abroad through the Gdańsk oil terminal. Theoretically, one can imagine a situation in which a large foreign company operating on the Polish market imports products from the Schwedt refinery owned by Rosneft, located just near the Polish border, or the Leuna refinery owned by France’s Total, but this would affect the economic profitability and the margin of the fuel sales.

What does selling the stations mean for customers?

From the point of view of owners of cars with combustion engines, such a change may not be the worst. According to the data of the Polish Oil Industry and Trade Organisation, in 2021 there were 7824 fuel stations on the Polish market, including about 1800 owned by PKN Orlen, 516 belonging to Lotos, 1569 belonging to foreign companies (eg. Shell, BP, Amic), 176 in the hands of retail chains (e.g. Auchan), and 3763 managed by independent owners.

This status quo meant the two state-owned entities “competed” with the rest of the players, mainly from abroad. However, this competition was not typically market-based, especially if we are talking about the retail market. The two major players own the refineries, so they could be suspected of artificially regulating prices at gas stations. According to the critics of this state of affairs, the restrictions arising from market and infrastructural factors, such as access to fuel bases, transhipment terminals, etc., and the shareholder structure with strong state involvement did not create equal rules for all players operating on the Polish market. Opening up retail to impact from a new entity may, in a sense, make the situation at gas stations more flexible. The new entity that would acquire Lotos’s stations would take the fourth place in terms of the number of owned gas stations in Poland. This would land it between Shell and CircleK on the market. This is a position that will allow it to effectively compete with others, including Orlen.

Even taking into account that Orlen will acquire the remaining 100 gas stations now owned by Lotos, relative to other players, its position will not be overwhelming. At the same time, there is no use in overestimating the impact of retail on the financial situation of these companies. Contrary to appearances, retail is responsible only for a small portion of the revenues of energy companies in Poland. For Lotos in the third quarter of 2021, the retail sector accounted for 5.76 percent of EBITDA. In case of PKN Orlen, this ratio was higher and accounted for 15 percent of the group’s total EBITDA. It is worth mentioning that Orlen, apart from Poland, is also present in the retail markets of Lithuania, the Czech Republic, Slovakia and Germany.

Is it a good idea to sell the gas stations to MOL?

At this moment, without knowing the terms, it is difficult to assess what specific arguments could be made in favor of entering into a partnership with the Hungarian MOL, if the reports of Radio ZET are confirmed. If Orlen has kept on the table the concept of “assets for assets”, then MOL seems to be an ideal candidate. This company operates in nine Central European markets: Hungary, Croatia, Czech Republic, Slovakia, Romania, Bosnia and Herzegovina, Serbia, Slovenia and Montenegro. Orlen and MOL are direct competitors in Slovakia and the Czech Republic. However, recently there have been rumors about Orlen being interested in fuel stations owned by the Kazakh KazMunayGaz in Romania. It is possible that the company from Płock (Orlen – ed.) has not abandoned the plan for further expansion to the south. There has been speculation in the past about the acquisition of MOL’s stations in Croatia, and a partnership with Hungary would be the right direction in the context of these plans, especially after taking into account the assets in Orlen’s portfolio in many countries.

Paradoxically, MOL is also a more convenient partner in the context of the retail market in Poland. The sale of 400 stations to one of the companies already present in Poland would contribute to building an even more powerful competitor, which at that point could consider importing fuel to Poland, undermining Orlen’s main source of earnings – the refining sector. With relatively fragmented competition, Orlen still has a significant advantage over its competitors by as it owns an oil processing plant.

The discussion about the merger of Orlen and Lotos is becoming increasingly political. Divesting the shares in facilities of strategic importance for the energy security of the state, which undoubtedly include the Gdańsk refinery, must be carefully analyzed from the point of view of possible future threats. In this regard the law is of help, and more specifically the provisions in the contract, which have not been revealed yet. However, it is not worthwhile to get involved with a partner who may want to sabotage the refinery for their own interests. The situation is different in the case of gas stations. A new competitor may have a positive impact on the Polish market, and at the same time it can help Orlen to enter a new foreign market or strengthen its position on foreign markets where the company is already present. Nevertheless, the exchange should be economically advantageous and subject to a number of factors relevant to the merger decision.