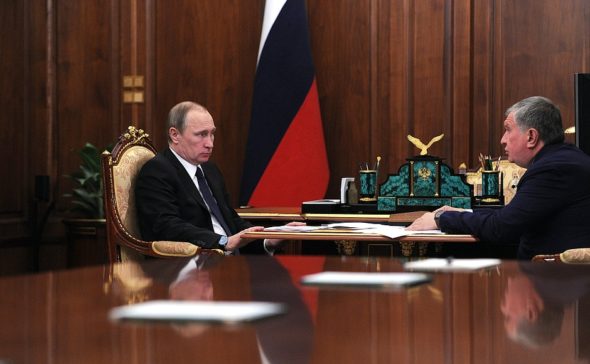 It is probably impossible to avoid the costs of Vladimir Putin’s aggression against Ukraine. They will increase proportionally to the indecisiveness of the EU and NATO. Therefore, an embargo on gas and oil from Russia should be considered, and until a consensus is reached, the supply from this direction should be limited in order to remove Russia’s impact on the energy sector. The alternative is the risk that Putin will unseat European governments with the help of the energy crisis, which will be used for a long time to destabilize Europe, the longer we hesitate, the longer it will last – writes Wojciech Jakóbik, editor-in-chief at BiznesAlert.pl.

The European Union wants to abandon dependence on gas from Russia, but not immediately

If the reaction is not adequate, the Russian attack on Ukraine may result in the emergence of a failed state in the heart of Europe, and its instability will impact the West’s economy for years to come. Such a scenario would mean further geopolitical pressure on the price of raw materials and the risk of gas and oil supply from Russia being interrupted at any time. There is no return to the pre-war status quo. A stable and independent Ukraine is also in the interest of the European Union and NATO for this reason. Western governments, which, like Berlin and Budapest, are afraid of a strong reaction now, will pay more and more in the long run. The energy crisis may last for several years and will destabilize the policies of western countries. It is worth recalling that in the past, the Russians used energy to pursue political change in the countries of the former Soviet Union. Now they will be able to do this also in the European Union, the first examples of which are the hesitation of Budapest and Berlin in fear bad opinion polls.

The US has imposed an embargo on gas and oil from Russia. Washington can afford this, because its share on the American market is roughly a few percent. The US has become an exporter of hydrocarbons thanks to the shale revolution. The European Union has not followed in America’s footsteps, despite its efforts and the willingness of some EU countries, such as Poland and Lithuania, to impose an embargo. This does not mean that the deteriorating situation in Ukraine will not prompt European leaders to abandon hydrocarbons from Russia in the future. So far, however, the European Commission has presented a compromise yet ambitious plan, which aims to reduce dependence on Russian gas by two thirds by the end of this year, and abandon it altogether by 2030. This is the REPowerEU plan, which together with the Fit for 55 package is to reduce gas demand in Europe by 155 billion cubic meters by 2030. The Russians do not yet have an alternative, because they are physically unable to redirect supplies from the raw material base in Yamal to China, although they have been claiming this possibility since at least 2014. It is necessary to hit Vladimir Putin’s regime with sanctions before it finds an alternative, and this is another argument for rapid action, except for the growing death toll of the war in Ukraine. The embargo on oil from Russia remains on the table. The oil market and infrastructure in Europe are better prepared to become independent of these supplies.

This is as much as the European Union brought from Russia in 2021. It is worth recalling the analysis of the Bruegel Center, which calculated that if ready to bear the costs, Europe would be able to abandon gas from Russia this year. However, this would mean restrictions on gas consumption would need to be introduced, which rich western societies do not want to agree on yet. Former president of PGNiG Piotr Woźniak estimated at a meeting at Klub Ronina (a club where Polish conservatives invite guests for a public discussion – ed.) that it was possible to introduce a plan that would limit the purchases of energy resources from Russia. “This should not be done overnight, because it is impossible, but stretched over time just like in the case of CO2 or methane emissions, for example, every year by 10 percent,” he said at the meeting. This is a moderate solution that should be introduced at EU level. Another solution is to exclude Russian companies from strategic energy assets in Europe, such as gas and oil transmission systems, gas and fuel storage facilities and refineries. Such facilities are also an easy target for western sanctions.

Dependence on Russia may unseat governments in Europe

It boils down to the price we will have to pay in different ways. “The analyses we conducted at PGNiG showed that about 20 percent from every gas bill goes directly via the Russian government to the Russian army and armament. We paid about 20 percent in our gas bills for the bombs that are dropping on Kiyiv,” Woźniak said at the club. “The British have calculated that from each tank of an average car seven pounds goes to the Russian armaments. Whereas Russian Kommersant admits that the US could completely replace Gazprom in the European market by increasing gas output by 10 percent. There are other suppliers as well. This is a question of the price for independence, for instance for the expansion of infrastructure.

If we do not stop Vladimir Putin’s war machine today by agreeing to high prices of energy, we will pay even more in the future by prolonging this crisis, because dependence on Russia will continue to affect record commodity prices, and perhaps a wider military crisis in Europe. It is worth remembering that the absence of an embargo on gas and oil from Russia also means being exposed to the constant risk of supplies from that direction being cut off, which will be used by the Kremlin to pursue its hostile policies. Thus, independence is also an important issue from the point of view of security policy. Mitigating the social impact of the energy crisis should therefore be an important component of national and EU focus. This is why the REPowerEU plan involves revising the shape of the energy market in order to regulate prices. The Bruegel Centre has another piece of advice, which is to link price regulation mechanisms to saving energy. “The only thing Europe can do quickly to prevent a potentially difficult winter is to actively promote energy saving in both the residential and industrial sectors. In the housing sector, energy saving can be promoted through prescriptive policies or economic incentives,” Bruegel’s analysis said. The proposal is to make price reductions dependent on savings. Every megawatt hour saved today is a loss for Putin. For the time being, it is necessary to accept the energy crisis, more expensive energy, gas and fuels. The crisis continues and raw materials become more expensive even without interruptions in gas and oil supplies from Russia.

A lack of a firm response will allow Vladimir Putin to unseat governments in Europe, just as he is trying to bring down the government in Kyiv. Thanks to the high energy and fuel prices, populist forces will grow in strength, which is already visible in European counties, including Poland. It is worth recalling that the energy crisis has been here longer than Russia’s campaign in Ukraine and can be seen as part of the preparation for war to paralyze the West. For this reason, further work should be carried out in favour of an embargo on Russian oil and gas. The lack of consensus has led the European Commission to reach for a compromise solution worth implementing. The longer we hesitate, the more we’ll pay. We will pay in different ways anyway, so trying to avoid the cost of Vladimir Putin’s brawl is a lost cause.