Jakóbik: Poland is not at the mercy of Gazprom despite the issues with Baltic Pipe 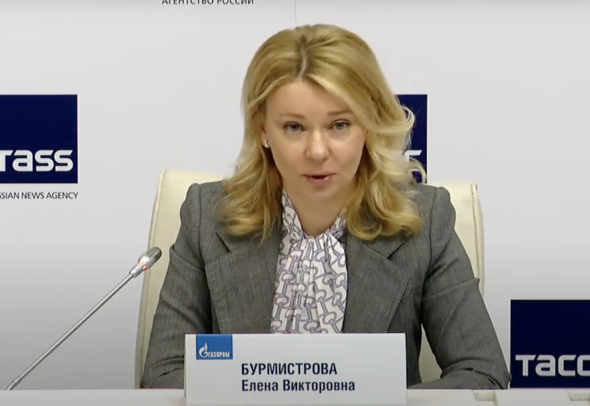 The problems facing the Baltic Pipe project have led the public opinion to believe that Poland may reach a dead end, and be forced to sign a new Yamal contract with Gazprom. This will not happen thanks to decades of diversification. Plan A is being implemented and we have a plan B – Wojciech Jakóbik, editor in chief at BiznesAlert.pl writes.

Gas supply from Russia is a very hot topic, because for years it was a political issue due to Gazprom’s unpredictability. The company could afford to act that way mostly because until the completion of the LNG terminal in Świnoujście and gas connections with its neighbors, Poland did not have alternative sources of supply. The existential threat of having the gas supply cut off disappeared after 2015, when the LNG terminal was opened, which is why Poland is in a different situation than Ukraine, which still depends on the flow of Russian gas via its territory. This is because the transfer brings in big profits and requires the maintenance of pressure in transmission gas pipelines. Whereas Poles are able import gas from other sources, and if for some reason Gazprom fails to deliver the gas it will pay a fine, just like in 2017 when it turned off the tap due to alleged technical problems (gas contained water). However, if Poles decide that the Russian price is unfair, the dispute may go to an arbitration court, which happened in 2015. Poland’s PGNiG won that case in 2020, Gazprom carried out the sentence, and the head of Gazprom Export Elena Burmistrova sent warm signals to Poland claiming it was an “infallible client, a great country”. “We are still embroiled in many disputes with the Poles, but at the same time we continue trade negotiations,” she said back then. One could argue that such statements are another benefit of Poland’s diversification efforts.

Poland needs more imported gas, irregardless of the progress of the Baltic Pipe

Poland is following a real diversification plan, which is supposed to be done and dusted at the end of 2022, when the Yamal contract with Gazprom will end. PGNiG decided not to renegotiate the agreement. Some politicians from the governing coalition decided that Poles would stop buying any kind of gas from Russia, once the Baltic Pipe and the expansion of the LNG terminal are done. However, the initial plans for developing Poland’s gas market have failed to respond to the country’s real needs, which is visible in Gaz-System’s forecast, according to which by 2030 the demand for gas in Poland will increase by 50 percent. This year I published my own calculations, which say that Poles will need 2.1-3.8 bcm of gas more, even if the diversification projects are not delayed, including even the Baltic Pipe that should be ready in October 2022. In this light, the problems of the pipe’s onshore section in Denmark, which may or may not delay the entire project, seem secondary in relation to the general direction that Poland is following to become less dependant on the import of gas. Probably Poles will import additional gas from their neighbors due to the fact that the demand is higher than the original forecast. Finally, it is worth adding that this is one of the reasons why the capacity of the planned FSRU (aka the second LNG terminal) in the Bay of Gdańsk is expected to reach between 4 and 8 bcm a year, depending on the demand.

A higher demand for imported gas in Poland does not actually mean that we will need to automatically sign a deal with Russia’s Gazprom. One should expect that Russians, who want to maximize their sales in the European Union, in view of the energy transition in the EU, will fight for every client. This means they will probably present an attractive price offer to Poland, just like Paweł Majewski, the PGE CEO, expected. One could imagine that Russians will offer a shorter contract, for a smaller volume and without controversial clauses questioned in the EU, and with a low price. They will join the ranks of other potential providers, and Warsaw will be free to make a decision on the basis of its own definition of energy security. One could bring up the example of Ukraine, which thanks support from the US and the EU, stopped buying gas from Gazprom and has been importing gas from the EU since 2015. The gas molecules from the West that are delivered by the Dnieper River probably partially come from Russia, but Kiev does not have to negotiate with Petersburg where Gazprom’s HQ is located, and instead is in talks with western companies that are known for following cooperation standards. Poland will be able to use such a solution if it decides not to use the Russian offer. The physical supply of additional gas may in the future be delivered via the connections with our neighbors: the Polish-Lithuania gas pipeline, the Poland-Slovakia pipeline, the connection with Czechia – Stork, the connection with Germany in Lasów and the reverse flow on the Yamal pipeline on the border with Germany. Poland has a choice and is no longer at the mercy of one main provider, which will lose strategic importance after 2022, because the unfavorable Yamal contract will end. In my opinion, Poland’s historical experiences suggest that we should first look for gas somewhere else. Thanks to the ongoing diversification, the number of alternative offers will be growing, and so the gas price on the market will be going down.

Trust, but check. Poland in the context of German-Russian rapprochement thanks to the […]
Energy
Poland should strive to get closer to Germany. However, it cannot be done with the eyes closed, not to become a victim of German rapprochement with […]
More