Jakóbik: Time for a preventive war in defense of Moldova against Gazprom 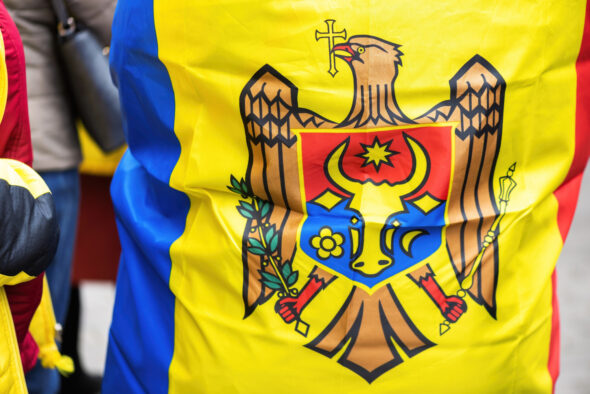 In the 20th century Józef Piłsudski proposed a preventive war against Germany in order to avoid a World War. It is time for a less drastic solution to defend Moldova against Russia, which is using gas as a weapon, which may be a foretaste of further hostilities against Europe. It’s not about the hussars charging, but lawyers, accountants and politicians of the EU, who have previously saved Ukraine – writes Wojciech Jakóbik, editor-in-chief BiznesAlert.pl.

Gazprom has demanded that Moldova pays for the gas delivered this month by November 22. According to the contract, the deliveries are to be stopped within 48 hours if they are not paid for. Yet, the Moldovan treasury is empty, because after Gazprom limited its supply to the country, Chișinău was forced to make emergency gas purchases from outside of Russia for an undisclosed price from traders, as well as Poland’s PGNiG. The restrictions imposed by the Russians forced Chișinău to declare a gas state of emergency.

Earlier, the Russian tycoon had postponed until 2027 the preliminary debt of Moldova for gas supplied in the past, estimated by the company at USD 709 million. However, before the final agreement on this issue is sealed, the Moldovans intend to complete an energy audit at Moldovagaz in order to determine the actual amount of the disputed debt. Another issue is the controversial articles added to the Gazprom-Moldovagaz gas agreement, which hamper the gas reform in Moldova, and thus the integration of its gas market with the European one, which undermines the possibility of establishing gas transmission via Romania to Moldova.

All of this boils down to the Kremlin using Gazprom to replicate its model of taking advantage of a country’s debt for political purposes. When a country pursues a policy in line with Moscow’s expectations, it can increase its debt and even enjoy gas prices completely disconnected from the conditions on the European stock market. This was the case for Armenia, Belarus and Ukraine when they pursued a pro-Russian foreign policy. However, a political twist unwelcome by the Kremlin causes debts to immediately become a problem, which happened to these countries in the previous decade, and which is now happening to Moldova. Chișinău’s position is further undermined by the energy crisis, which Russia is accused of exacerbating by cutting gas supplies to Europe.

Russians will disregard any commercial benefits for Gazprom, and instead will seek to politicize gas supply to Moldova to force it to make concessions that will contribute to Moscow’s foreign policy goals. To this end, they added articles to the agreement with Gazprom, which will delay the ownership reform, as required by the EU’s Third Energy Package, until the debt is paid off, which will take a few years. This means that, in the foreseeable future Gazprom will keep its 64 percent shares in the country’s gas transmission operator. This will solidify Gazprom’s power and delay the reform required as part of the Energy Community, which is already raising concerns. This situation is related to the foreign dimension of the European Union’s energy and climate policy, which is also the basis for supporting the European Commission in negotiations with the Russians.

When the restoration of Germany’s military might threatened Europe that was rebuilding after the Great War, Polish Marshal Józef Piłsudski proposed to France a preemptive attack on its eastern neighbor in order to avoid a new conflict in Europe. Perhaps such a move would have saved the world from World War II. When Russia uses gas as a weapon against Moldova, it should be borne in mind that this is a foretaste of possible hostilities in other parts of Europe, facilitated by Gazprom’s reduction of supply to the European Union.

It’s time for a pre-emptive attack on the Kremlin’s plans. However, it is not about the use of tanks, but politics, law and finance. The European Commission should get involved in the Moldovagaz-Gazprom talks, make available the funds needed to pay Moldova’s debt on an ad hoc basis, and seek to conclude a new agreement in line with EU rules, as well as implement the Third Energy Package to limit the Kremlin’s grasp on the country. In 2019 similar steps were taken in Ukraine, which made it possible to avoid a gas crisis and stabilized the situation until now. Helping Moldova will remove another point of destabilization on the map of Europe. This will be necessary in the face of the continuing threat of a military attack on Ukraine.

Is Nord Stream 2 AG facing bankruptcy?
GAS Nord Stream 2
Nord Stream 2 pipeline, though completed is nowhere near delivering gas to the EU and involved in several legal battles in EU and German Courts that […]
More

Nord Stream 2 defenders are making a stress test to Brussels
GAS Nord Stream 2
Russia threatens to stop talks with Ukraine if it does not give up all claims. The German parliament wants to weaken the gas directive aimed to […]
More

The Romanian relief. The whip on Nord Stream 2 returns
GAS Nord Stream 2
Just last Thursday, the Poles celebrated the inauguration of the Romanian Presidency of the Council of the European Union, and now Romania is […]
More