Jakóbik: War is forcing Poland to revise its energy strategy 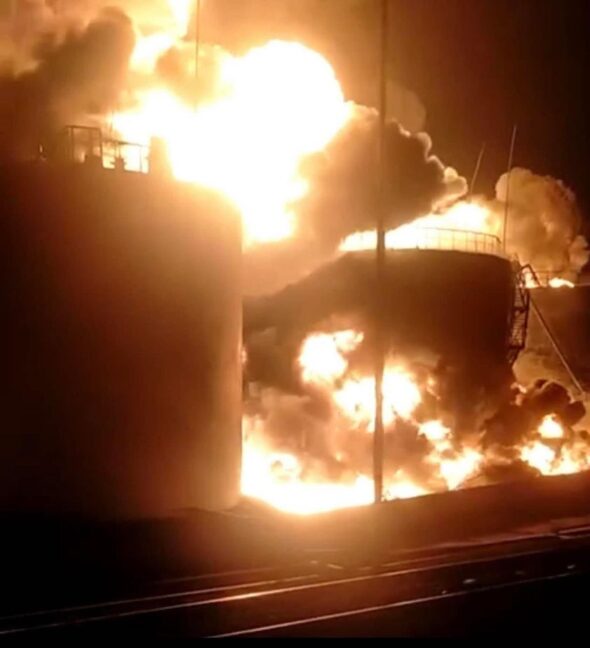 Poland’s Energy Policy until 2040 was to be updated in 2023 at the latest. Russia’s invasion of Ukraine makes it necessary to update it immediately and, in accordance with the recommendations of the European Commission, to maintain the independence of our sector from Russian gas – writes Wojciech Jakóbik, editor-in-chief at BiznesAlert.pl.

Vladimir Putin’s gas trap, which I wrote about even before Russia invaded Ukraine, was a political and economic threat. The plan to replace coal-fired power with gas on too large a scale could have increased gas demand to the point where it would have been necessary to sign a new long-term contract with the Russians, like the infamous Yamal agreement, despite Poland’s declaration that it would not do so. Calculations made in May 2021 suggested that Poles will need 2.1-3.8 billion cubic meters of additional deliveries annually in 2023. However, a process I dubbed turbo-diversification will increase supply via the LNG terminal by 1.3 billion cubic meters and start deliveries through the Poland-Lithuania gas pipeline to the tune of 2 billion cubic meters. That adds up to 3.3 billion cubic meters a year of additional gas from outside Russia in case an embargo on Russian commodities will need to be imposed, or if Russians themselves stop them, a move they are already using as a threat. Poland can therefore responsibly declare its readiness for an embargo on Russian gas immediately, as can Lithuania. The situation is different for Germany, which has become more dependent due to its carefree policy on Nord Stream 1 and Nord Stream 2. That is why the Russians are threatening to cut off supplies through Nord Stream 1 in response to the hesitation of Chancellor Olaf Scholz declaring that he will not impose an embargo on Russian gas.

Poland’s long-term energy policy deserves to be reviewed from the point of view of security. Dependence on gas creates a risk of becoming dependant on Russia again, as well as a mid-term economic problem, because the energy crisis may last a few years, maintaining high prices of this fuel. It’s because of this the European Commission proposes that Poland reduce the role of gas during the transition period. However, this does not mean slowing down or stopping the energy transition. The idea is to do it faster, while securing the supply of energy by using coal longer. This is the purpose of bringing back to life the coal-fired power industry currently undertaken by the government in cooperation with Rafako, the National Centre for Research and Development and other initiatives whose goal is to extend the life-span of coal fired power plants.

These measures must not be used as a pretext for prolonging the social benefits programs in the mining sector, which are unsustainable in a time of crisis and during the implementation of the decarbonization plan. The drop in CO2 emissions prices may be temporary, while the discount possible to negotiate with the European Commission will hinge on many conditions, which will probably take into consideration the energy transition in return for more support. These efforts must therefore be accompanied by an intensified development of renewable energy sources to reduce the bills of Poles and dependence on fossil fuels on the one hand, as well as nuclear energy that will stabilize renewables in the future in accordance with the Polish Nuclear Power Programme on the other. It is baseless to call for this programme to be accelerated, because the Poles have already taken steps to speed it up, so that the ambitious deadline for the first reactor in 2033 is met. This may not be possible before then, unless the small nuclear reactor (SMR) technology actually emerges, but nevertheless it will support the industry on a point-by-point basis, and will not stabilise the National Power System. Poland should adopt new legislation to liberalize the laws on renewables and speed up the atom.

The future of the five gas-fired power plants with a total capacity of 3.7 GW, which may be financially sustainable thanks to the capacity market and increase the demand for gas by about 3 bcm is to be determined. Transitioning the heating industry into gas will increase this by another billions. However, record gas prices will mean record subsidies for these sources. It is no coincidence that energy and fuel companies that are considering new gas investments have not yet developed financial models for them. On the other hand, record coal prices and the need to replenish coal reserves are also an economic and social challenge, especially due to the high dependence of households on coal-fired stoves. Appropriate regulatory solutions should further mitigate the impact of the energy crisis on citizens, as the high prices are already being used in Russia’s disinformation campaign to incite the public against the western sanctions after the attack on Ukraine.

The debate on Poland’s energy policy should span across all parties and institutions. It should not undermine the foundations of striving for independence from coal-fired power generation towards nuclear and renewable power. Russia’s invasion of Ukraine requires a political consensus around security of supply solutions that are as economically and environmentally sound as possible. However, safety is a priority for obvious reasons.