Buzek: coronavirus crisis may be an opportunity for the energy sector (INTERVIEW) 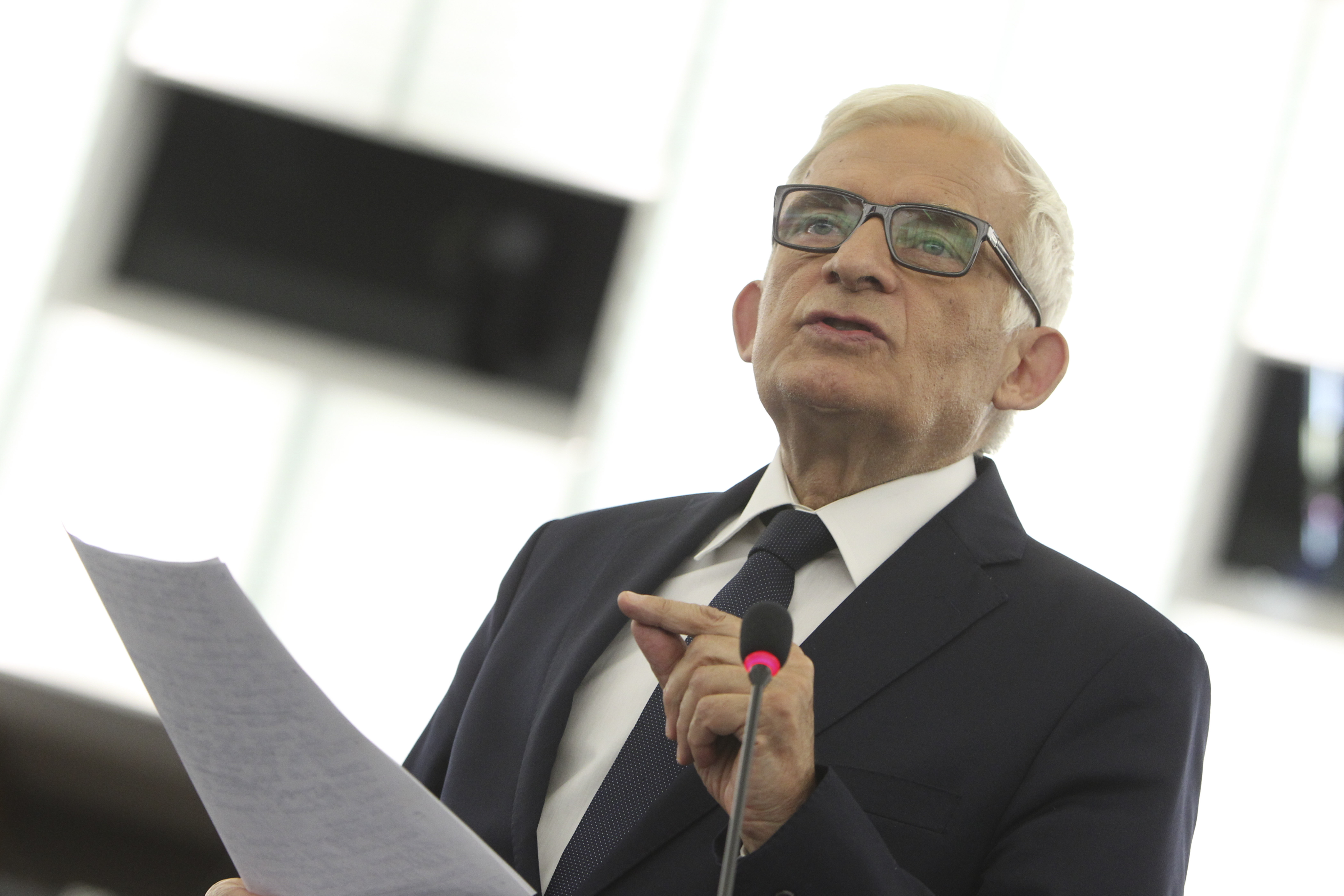 “Every crisis is also an opportunity – an opportunity to start things from scratch, in a different and more courageous way. We, including Poland, should seize this moment – for instance in the energy sector – argues professor Jerzy Buzek, Poland’s former PM and member of the European Parliament Committee on Industry, Research and Energy.

BiznesAlert.pl: How will the coronavirus impact the European Green Deal?

Jerzy Buzek: The coronavirus has taught us a lot, including how useless gigantic military investments are when facing a threat like this one. On the other end, it has also shown us that neglecting investments in healthcare puts our life and health at risk. We are learning about the scale of this tragedy in the USA with compassion, dread and increasing sadness. The US is the biggest and richest world power with the mightiest military, but whose president dismissed with disdain the warnings against COVID-19 made by scientists and with zeal undermined the foundations of the healthcare system his predecessor had set up. Today we are learning about the power and significance of science, and we are listening to the scientific community with undivided attention. Scientists have joined their efforts at a global scale and are sharing their research results, giving us an example of true cooperation, to develop a vaccine that will save us from the coronavirus. Ironically, the president of the world’s biggest power is flippant about the upcoming climate disaster that has been confirmed by almost all scientists and withdrew the USA from the Paris Agreement.

This Agreement is the driving force behind the European Green Deal in the EU.

Yes, exactly. We are all shocked by the scale and impact of the ongoing pandemic and how it affected our health and lives, but also jobs, companies and industry, the entire economy and our daily lives. However, we should remember that this might be just a taste of what is to come if we do not prevent the climate disaster: raging storms, droughts and fires at an unprecedented scale, shortages of potable water in some places and floods in others, hundreds of thousands of people dying every year because of smog. By the way, according to research by Harvard scientists air pollution may increase the COVID-19 death rate.

We hope that a vaccine against the virus will soon be developed. However, there is none and there will never be a vaccine against climate change, it is also impossible to become immune to it. This is why we should continue the fight against global warming – in a sensible, reasonable and successful way – also after the pandemic. The EU’s 2050 climate neutrality goal may be an important part of this effort. It is one of the priorities of the European Green Deal. Importantly it may play the key role in helping the EU economy to recover after the coronavirus crisis.

Exactly. What impact will the European Green Deal have on the economic recovery?

The European Green Deal has been designed as a new strategy to boost the EU’s economic growth, strengthen its competitiveness across the world and create jobs. Therefore, today it could organically become the main pillar of the EU large economic recovery plan after the COVID-19 crisis. It may propel the creation of attractive jobs for our citizens, encourage environmentally friendly economic development and foster a growing acceptance for green energy and new technologies. Every crisis is also an opportunity – an opportunity to start some things from scratch, in a different and more courageous way. We, including Poland, should seize this moment – for instance in the energy sector!

What should Poland fight for at the European Council meeting this June?

This is a question for the government. I have always failed to understand this balancing act the government launched after the December summit of the European Council – on the one hand we support the EU 2050 climate neutrality goal, but on the other – as the only EU member – we do not participate in pursuing this aim. Today, in the face of the pandemic, this looks even worse and more egoistic than a few months ago. Why Poland cannot contribute to this goal while countries such as Bulgaria and Romania, or Greece, which is still recovering from the economic and migrant crises, or Croatia, which joined the EU over a decade after us, can? It is possible that this question will be asked in June and I am afraid that no power point presentation could give a coherent answer to it.

What could be the reasons behind this decision?

The government tried to explain that this wasn’t about the campaign before presidential elections, but about the funds for Poland. However, the facts are that today when the Just Transition Fund (JTF) is being decided upon – I am the rapporteur for the ITRE Committee for this issue – Poland is on the margins, even though our regions could receive the biggest support from this fund. Additionally, there have been suggestions that the JTF has to provide stronger support to regions that have been most affected by the coronavirus. It would be easier to dismiss them if – like Italy or Spain that are currently waging a dramatic war against COVID-19 – we had declared back in December that we would join in on the efforts to pursue the 2050 aim.

What do you think about the proposal to freeze the Emissions Trading Scheme (ETS)?

In a nutshell this is a typical example of a situation where one breaks the thermometer which said one had a fever – it won’t heal you, but at least nothing will remind you about your disease. It’s true that Poland’s energy sector and energy-intensive industry are bearing the costs of CO2 emission allowances. However, the money from the ETS goes back to our budget, the Polish budget and we should use it to modernize our economy. So my question is: why is the government not spending these huge sums of money, the “freeze supporters” are so eager to talk about, to modernize the economy?

The ETS system has only one goal – use market mechanisms to encourage a gradual phase-out of high-emissions energy sources. If you don’t pollute, you don’t pay. Obviously, the ETS would not be attacked by the “freeze supporters” if Poland was not dependant on coal, which emits huge amounts of CO2 and, which currently, to a large extent, is imported, mostly from Russia, which obviously weakens our energy security.

In your opinion, what have been the government’s biggest missteps in the recent years?

If in the recent years the government had supported, e.g. the renewable energy sector instead of getting in the way of this industry, today we would certainly be a little less worried about the prices of CO2 emissions allowances. And one more thing – when two years ago we were working on the ETS reform, the Polish government did not protest against the final decisions. So, I believe that the recent proposal to suspend this system is extremely irresponsible and is a calculated move before the upcoming presidential elections. It is also detrimental to Poland’s position in the EU.

Coming back to the ETS – ten years ago there was an idea to spend a few percent (2-3%) from the ETS funds – i.e. the money that goes into our budget – to provide support to third world countries as a gesture of solidarity. Those states are already handling unimaginable problems with sea waters flooding millions of hectares of land, with disastrous droughts, fires and water shortages. This idea was abandoned. It’s a pity, because when it comes to climate we need as much solidarity as we need in battling what we are facing today – the coronavirus. Global warming is a pandemic as well, it’s just stretched in time and we can still stop it.

Wróbel: transport may impede the European Green Deal, which could contribute to […]
Energy
Everybody knows Henry Ford’s famous quip that his Model T, produced at the beginning of the previous century, was available in any color as […]
More